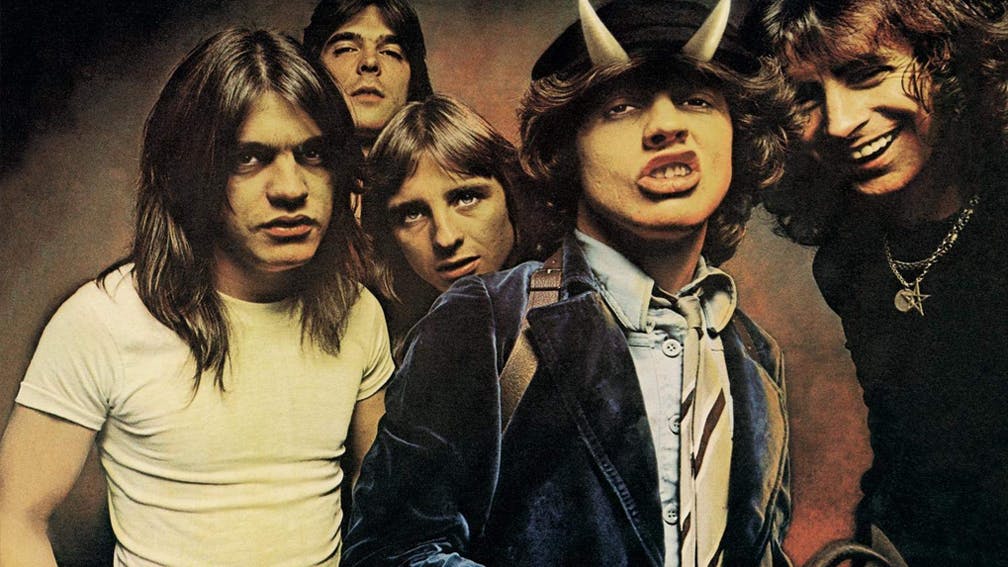 Bon Scott was always the odd man out of AC/DC. In a band of young brothers who lived to play music, he was older – though not necessarily wiser – and definitely partied harder. But that’s what made him special among rock singers. Sure, his voice stood out in a crowd, and added a little rough R&B flair to a band that liked to play their horny rock in a blunt and straightforward manner – but more than anything, Bon was a guy you could relate to. In contrast to David Lee Roth of Van Halen, AC/DC’s closest competitors for the late-’70s cock-rock crown, Bon seemed down to Earth and not at all painted up or exaggerated.

For me, and many like me, he was the rocker older brother I never had. I first bought Highway To Hell as a college freshman in Kalamazoo, Michigan in 2006. Just out from under my conservative, religious Midwestern parents’ thumbs, free from any real responsibilities and with easier-than-ever access to weed and alcohol, my immediate future seemed like a wealth of life-changing hedonistic opportunities that nonetheless held the potential of severe downfalls.

Bon’s story is a lesson in those downfalls, as well – he passed away on February 19, 1980, less than a year after Highway To Hell, AC/DC’s commercial breakthrough in America, was released. He was 33 years old, and Highway had just hit the U.S. Top 20.

Self-aware long before that was ever something we expected from rock stars, Bon prognosticated his own demise on the album’s title-track. 'Hey Satan, paid my dues / Playing in a rocking band / Hey mama, look at me / I’m on my way to the promised land,' he wails on Highway to Hell — the band’s second-most played song on Spotify as of this writing. Bon had gone biblical before that on Let There Be Rock – a harmless bit of heavy metal pretension his successor Brian Johnson didn’t repeat – but on this song, he summed up the totality of the AC/DC worldview.

I recall wanting to be like him while moving my record speakers out of my car trunk and into my dorm room. Songs like Shot Down In Flames and A Touch Too Much playing in the one iPod earbud dangling from my left ear encouraged me to get out of my shell and try to enjoy myself, even if it meant rejection or overwhelming discomfort. In fact, that record dramatised those two concepts and made them just another comical, hilarious part of growing up. In doing so, Highway To Hell was my own personal introvert’s guide to getting in the mix, and Bon was my self-help guru. Even if I wasn’t ever going to look as good in tight blue jeans and no shirt as he did, I could still Get It Hot.

To this day, Highway To Hell has a way of following me through life. I fondly recall lying on the bare floor of a Portland apartment after I moved to the Pacific Northwest nearly a decade later, furiously making out with a longtime crush. Mid-makeout, she got up, walked over to her stereo, and put on Night Prowler. Richard Ramirez, the 1985 serial killer, adored the song – and even wore an AC/DC shirt while committing murder, she reminded me with a devilish grin. Even though the song is ostensibly about a boy sneaking into his girlfriend’s room at night, the danger only added to the record’s enduring seductive force.

One lesson from that episode with Night Prowler was that women have purchase on Bon’s libidinous energy, too. In Girl’s Got Rhythm Bon sang about a woman’s empowered 'backseat rhythm' with a kind of transfixed awe. Similarly, in A Touch Too Much, the female figure is a commanding presence, explicit in her sexual desires, threatening to, in Bon’s words, 'drive [him] insane'. Walk All Over You teases at Bon’s domineering masculinity… that is, until he promises he’ll 'do anything you want me to'.

Of course it doesn’t hurt that all of this pent-up sexual frustration is presented with immaculate sonic clarity as far as filthy rock records go. Before Highway, every AC/DC record had been produced by Harry Vanda and George Young, older brother of the band’s guitarists, Angus and Malcolm. After three fruitless weeks with Eddie Kramer, already famous for his work with Jimi Hendrix, KISS, and Led Zeppelin, the band turned to young producer Mutt Lange, who had just scored a hit single with Rat Trap by the Boomtown Rats but was otherwise an unknown quantity. Mutt coaxed the clearest and punchiest sound possible out of AC/DC, and in so doing made himself the architect of the pop-metal sound of the ’80s and the country rock sound of the ’90s. There would be no Pyromania by Def Leppard or Come On Over by Shania Twain if Highway To Hell hadn’t paved the way.

Mutt’s clarity and pop sensibility couldn’t temper AC/DC’s likewise piercing attitude, though. On Highway To Hell, the band carved out space at the exact intersection of punk rock’s simplicity, stadium rock’s braggadocio, and classic metal’s aggression. Only Motörhead and Killing Joke share this revered ground, and neither band managed to invite as many fans along for the ride with boogie rhythms and a connection to disco smuggled into Phil’s infectious drum style.

After this Brian Johnson of Geordie would sweeten the tea in a way Bon never could, and hundreds of hair metal bands would co-opt their sound with Van Halen’s over-the-top instrumentality and costumes.

Oh, you’re into AC/DC? You get we’ve got a ton of stuff about AC/DC right?