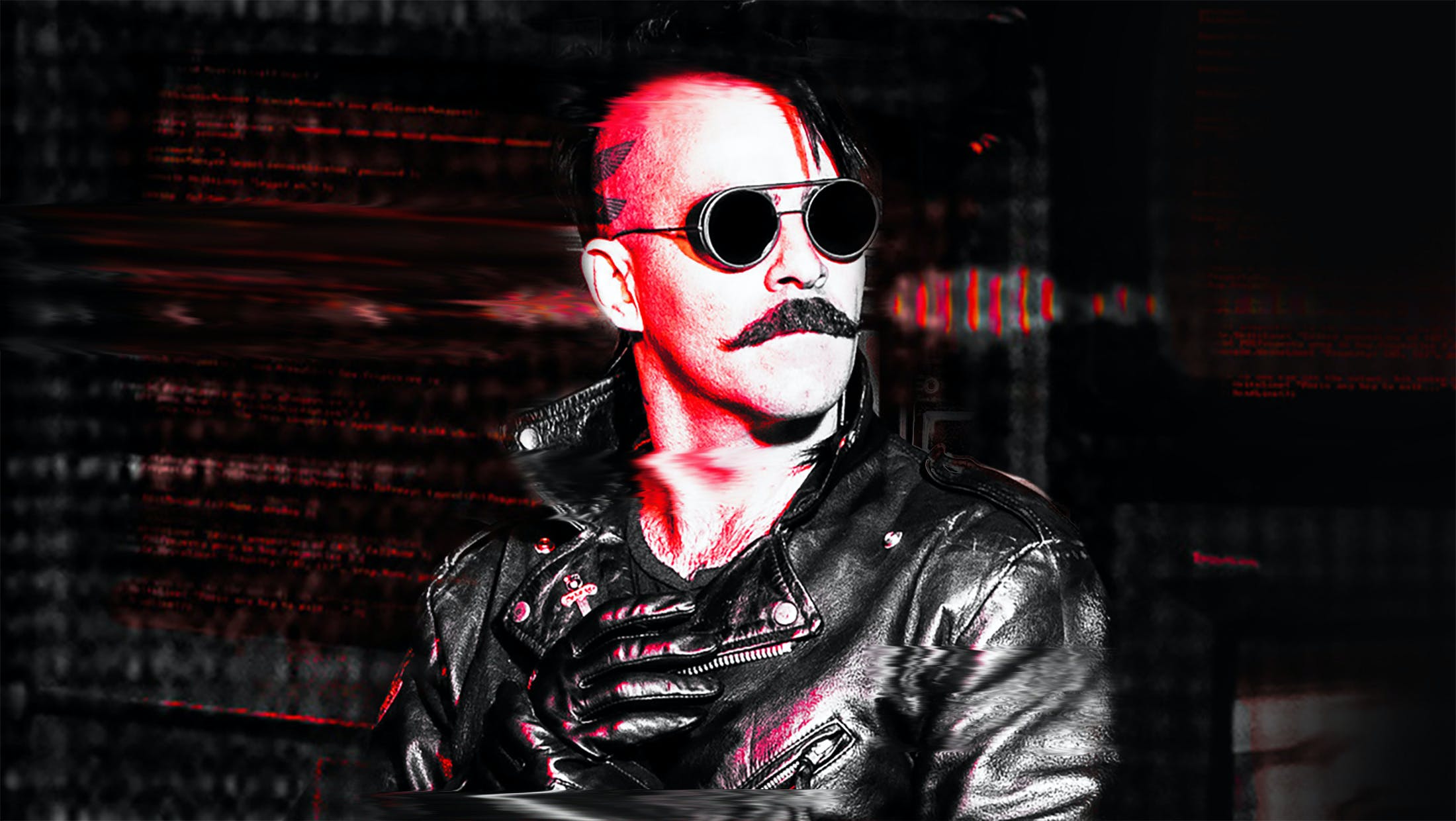 Why should people listen to your latest album, METAWAR?
“I don’t think there’s a lot of people doing what we’re doing sonically, so if you’re looking for a modern adaptation of some heavy industrial metal, check it out. If you’re not into that, go and listen to something else.”

What happens when we die?
“The simulation gets reset.”

What would you like it to say on your gravestone?
“I don’t think I want a gravestone. The idea of being buried in the earth is horrifying. I’d rather just be scattered into the atmosphere or maybe have my ashes put in the ocean. But if I had to pick something for a memorial of some kind, I would maybe just have it say, ‘Keep it weird.’”

What’s the best place you’ve ever been to?
“It depends what I’m looking for, but Sicily is a special place. It’s got that sort of old-world flavour and you feel like you went back in time a little bit when you’re there. Things seem a little bit simpler and more relaxing.”

What is the funniest rumour you’ve heard about yourself?
“I think it was funny when someone said our band was a side-project of Trent Reznor’s. People like to believe Trent is behind or involved in all sorts of things. I’m not sure if it’s the most ridiculous, because people have also said that I own a sex dungeon. Unfortunately, I don’t own a sex dungeon. In this day and age the most property I can afford is the stuff on my cell-phone.”

What is your biggest fear?
“It would probably be having my freedom taken away somehow. Like, when you’re crossing a border and you have some drugs in your pocket that you forgot about from the night before, and then you get locked up abroad and you’re stuck in some foreign jail. That would be a realistic fear for me.”

What is the most disgusting thing you’ve ever eaten?
“I’m pretty omnivorous and I’m pretty exploratory. You know, we like scrambled dead chicken embryos and it’s no big deal, but then you try something in another country that you’re not used to and it’s like, ‘Oh my god, how dare you eat that?!’ I’ve eaten cow brain, which I really didn’t like, so I guess I’ll go with that.”

Have you ever seen a ghost?
“Yeah, I think so, I think I’ve seen a ghost but it wasn’t like a spooky, white Casper ghost. It was more like the concept of an apparition. Also I was doing a lot of psychedelics at the time so, you know…”

What is the worst injury you’ve ever suffered?
“The bruised ego injuries never really hurt me that bad in the long-term, but I broke the growth plate in my wrist and had a cast on my arm for five months. That fucking sucked. I did it skateboarding. It was my younger years when I would do things like that.”

Have you ever been kicked out of a bar?
“Yes, absolutely. A few bars. I was in Chinatown in New York one time and it was karaoke. But instead of doing karaoke, me and my friends decided to grab the microphone and just talk shit about everybody in the bar. Then they cut the mics and kicked us out.”

READ THIS: 12 of the best nu-metal B-sides

If your house was on fire, what one thing would you save?
“My goat head, which was a gift from a friend. I have a couple of nice pieces of taxidermy. I also have a human skull so actually I’d grab the goat head and the skull, one in each hand. The human skull was actually a gift from Adam from Tool. Just to clarify, the skull isn’t one of the pieces of taxidermy. I don’t have, like a shrunken head in my home. A taxidermied human would be a little fucking creepy!”

3TEETH's latest album METAWAR is out now via Century Media.

3TEETH On Politics, Sex, and Liberation Through Self-Destruction

Take a look at their NSFW new video for EXXXIT and read an interview with frontman Alexis Mincolla.