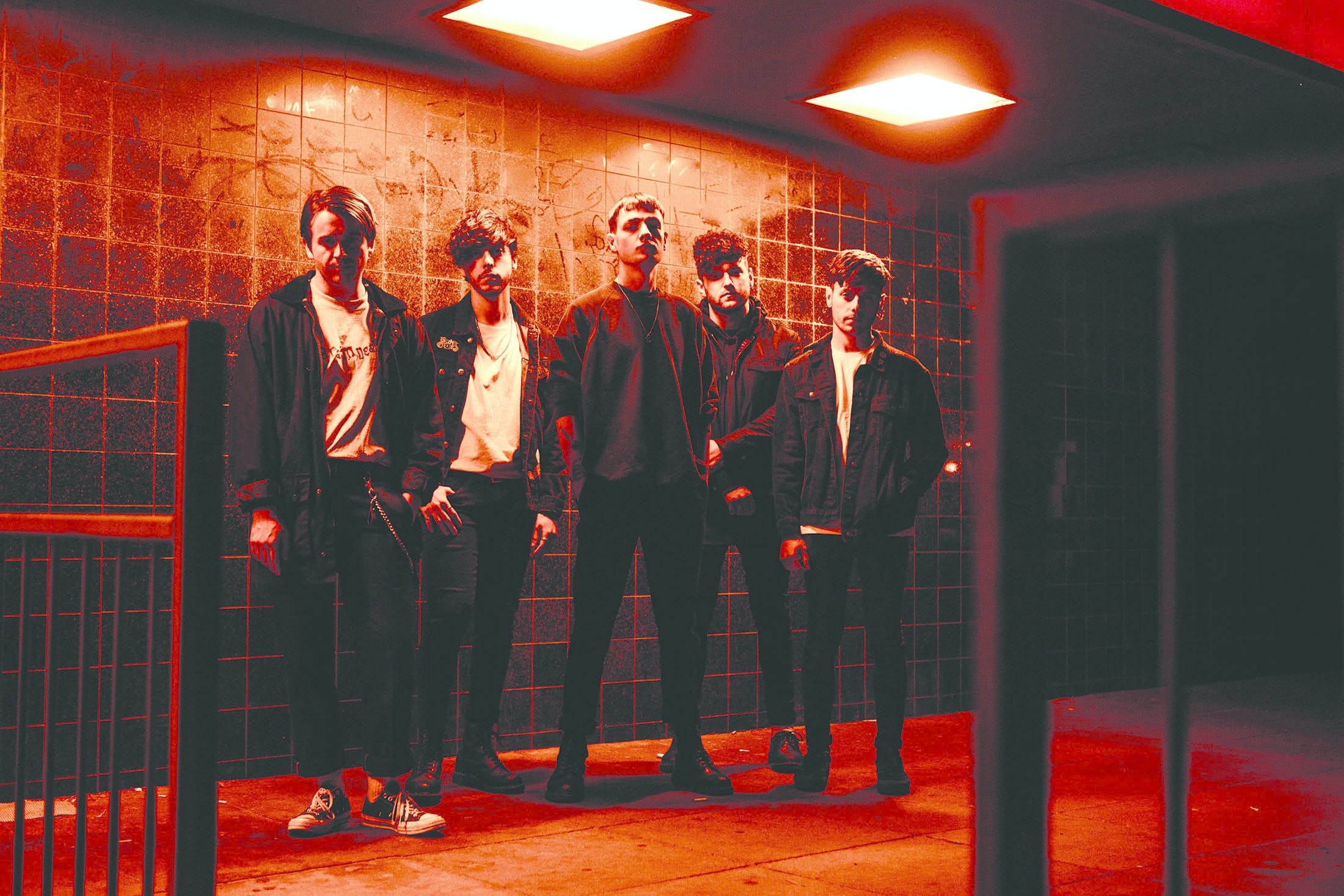 Blackpool was once a thriving resort on the Lancashire coast, but suffered a decline several decades ago when British holidaymakers developed a taste for cheap overseas travel. Now, like many coastal towns, it’s a relic of somewhat faded glamour held back by a lack of real opportunities for its residents. Earlier this year, it was reported that the number of people claiming Jobseekers Allowance or Universal Credit in the area rose during the past 12 months. When the summer ends, the numbers of tourists will drop dramatically and leave a sizeable number unemployed during the barren winter months.

This bleak picture has fed, in part, into Boston Manor’s second full-length album, but that’s not to say that this follow-up to 2016’s Be Nothing is a politically-charged call-to-arms. It’s just a matter-of-fact look at a British town in decline, told from the perspective of frontman Henry Cox, whose travels have perhaps afforded him opportunity to look at his hometown with a fresh perspective.

Be Nothing was a satisfying, pop-punk-tinged debut, but after scrapping the majority of their initial follow-up recordings and starting afresh earlier this year, it’s clear from the opening track that the quintet are reluctant to paint themselves into a corner. Indeed, they’ve expanded their musical palette, adding sonic flourishes found on Nine Inch Nails and the crunch of Failure’s back catalogue. With a brooding, layered synth, the title-track is built around a simple refrain: ‘Welcome to the neighbourhood, if you could leave you would.’

Flowers In Your Dustbin kicks up the pace with a clanking bassline and a recurring guitar motif that sounds like the old Doctor Who theme. It also boasts a chorus that recalls You Me At Six at their most anthemic, with a sense of urgency bolstered by Muse-like fret histrionics. It’s here that Henry vents his frustration for a generation trapped by circumstance and apathy: ‘I threw up blood in the fountain of youth/I don’t have a place, I don’t have a home, I take my meds, I live through my phone.’ Then there’s Halo, an unflinching look at heroin addiction, featuring the grim lyric, ‘A thick brown belt on my arm again, a tablespoon full of tar again,’ buoyed by an earworm of a chorus.

It’s not just life in their hometown that comes under the microscope. If I Can’t Have It No One Can, a song quickly reworked in the studio after a run-in with the New Jersey police department, is one of the album’s more vicious moments, flitting between coolly-delivered threats from an armed officer to a barrage of violent intentions: ‘If push came to shove, I wouldn’t think twice, I’d slit your throat just to survive.’ It all ends with The Day That I Ruined Your Life which, much like the opening title-track, is a haunting number that bookends the album, as acoustic guitars, shimmering synths and distorted guitar build to soundtrack the tale of a painful breakup.

In Welcome To The Neighbourhood, Boston Manor have taken the promise of their debut and moulded it into an exciting body of work. They’ve absorbed the sense of despair that can permeate through a small town and, while they’re not offering solutions or pointing the finger for their hometown’s shortcomings, they’ve made an album that is both compelling and, sometimes, even beautiful.

Boston Manor's Welcome To The Neighbourhood is out now on Pure Noise Records. Check it out below. The band are on tour this month. More information here.

album of the weekBoston Manor