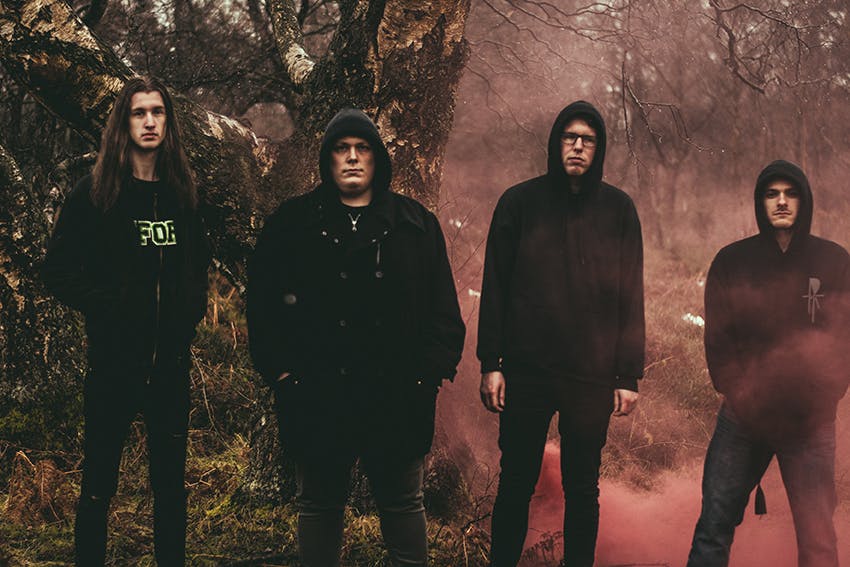 Midlands doom merchants Conjurer aren’t particularly interested in wasting time, breath or even a single note on their debut album. From the moment that the brooding, doomy intro of Choke turns on a dime to go from mere darkness to full-blooded brutality in a commanding show of dexterity and power, it’s clear that Conjurer are onto something special here.

From then on, they make blistering transitions their trademark, each one executed flawlessly with the aid of an absolutely world-class showing from drummer Jan Krause, and by the end of the record that first explosion isn’t even close to being the most impressive. That’s not to say that Conjurer are a one-trick-pony by any means. Quite the opposite, in fact.

As impressive as their handling of tempo changes are, it’s the riffs that steal the show here as they drop face-scruncher after face-scruncher across Mire’s seven tracks. And the beauty of it all is that not one riff on this album feels like it’s there for the sake of it. Whether it’s a centrepiece moment to bring the surrounding chaos into check (Thankless) or the foundation on which a song is built (Hollow), every note played on this record is done so with such purpose. Full of brilliant musicians, this is a band of newcomers demonstrating a better grasp on the impact of restraint than so many outfits have even by the end of their career.

The video for The Mire

On top of that, Conjurer’s potent use of melody amongst all the chaos is a masterstroke, never detracting from the fury that drives them onward, but always on hand to offer something safe to latch onto when the rest of the instrumentation is hell-bent on ruination.

It’s that variety that makes Conjurer not only one of the best new metal bands to spring up in the UK in recent years, but also one of the most accessible. For every heinous dirge (the breakdown on Retch, for example), that could alienate, there’s a moment of undeniable musicality or melody – shown best on Thankless’ outro – that offers its hand out to those that can’t get by on heavy alone. That they’ve achieved something this accomplished on a debut record is nothing short of stunning.

This review originally appeared in print in K!1709

Mire is available now via Holy Roar. Check it out on the stream below.