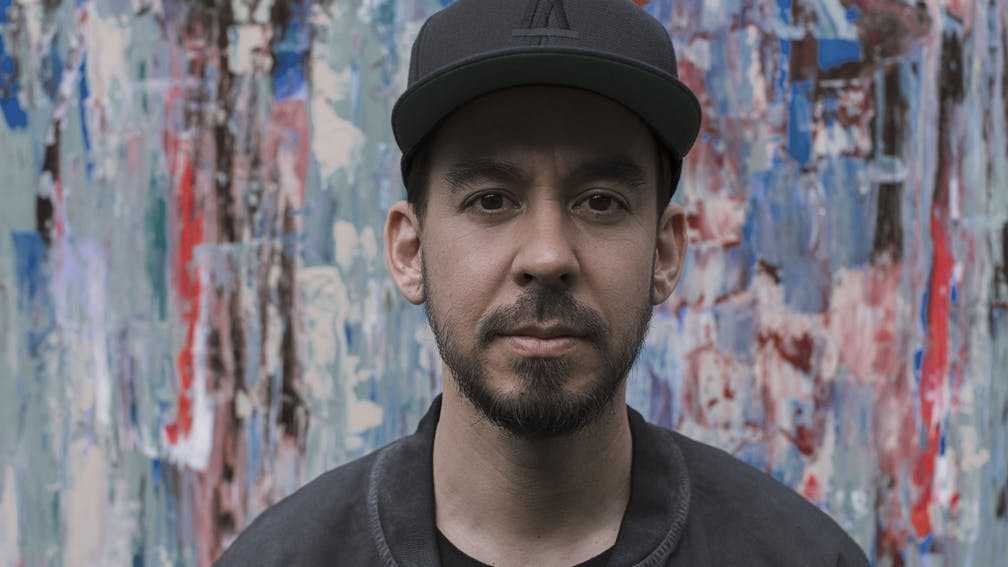 ‘I’m tired of feeling like every next step’s hopeless,’ declares a dazed Mike Shinoda on Post Traumatic’s tender opening track, the appropriately titled Place To Start. ‘I’m tired of being scared what I build might break apart…’

So begins the Linkin Park guitarist, keyboardist, vocalist and songwriter extraordinaire on his debut solo album. Not only is Mike addressing the overwhelming volume of feelings that followed the passing of his bandmate Chester Bennington on July 20 last year, but also the bewildering trepidation that comes with suddenly having to go it alone. By the end of this moving, powerful journey, however, emphatic closer Can’t Hear You Now hears him tackling – and seemingly overcoming – this whirlwind situation head-on: ‘Thought that I was finished, but I hardly had begun, in fact.’

Mike hopes that devastated Linkin Park fans will find Post Traumatic a source of comfort. The record’s story follows something of a chronological thread, detailing more than just the five stages of grief – denial, anger, bargaining, depression and acceptance – that Mike faced in the wake of his friend and bandmate’s death. Naturally, those thoughts are all there (‘And everybody that I talk to is like, “Wow, must be really hard to figure what to do now” / Well thank you, genius, you think it’ll be a challenge? / Only my life’s work hanging in the fucking balance,’ he sarcastically spits during Over Again), but they’re spaced out throughout the whole length of the record. There are also the more practical, equally poignant real-life moments that this life-shattering event brought with it: the aforementioned Place To Start culminates with touching voicemail messages from friends offering their sympathies in the aftermath of losing Chester.

Put all of this to one side for a second, though, and Post Traumatic is more than an album for Chester. It’s Mike showing off his superb songwriting talents, taking what he’d started with his alternative side project Fort Minor into new territories. Given the turmoil this record was created in, that’s an impressive feat.

From the dreamy pop of Promises I Can’t Keep and Crossing A Line, to the uplifting R&B tones of Hold It Together and Ghosts, via I.O.U.’s hip-hop sass, Mike’s musical journey here is just as fascinating as his emotional one. In fact, a lull across the LP’s 16 songs isn’t easy to locate. That it features a very special helping hand or two is the cherry on top. Deftones frontman Chino Moreno’s soaring vocals on the gorgeous Lift Off are a highlight, while rapper blackbear’s collaboration adds captivating new layers to About You, and K.Flay’s refrain elevates the laid-back beats of Make It Up As I Go. Each guest spot is cleverly put in place, careful not to steal the limelight, while strengthening the individual songs.

It’s to be expected that the focus of this release will be Chester Bennington. And rightly so – it serves as a beautiful tribute to a man who helped change the face of rock music and was a hero to millions. But the impact it will surely have on Linkin Park’s heartbroken fans is perhaps even more vital: it’s an important, thoughtful album that will serve to unite the grief-stricken with a new-found sense of purpose to find some form of healing.

Post Traumatic is available now on Warner Bros. Records. Check it out on the stream below.