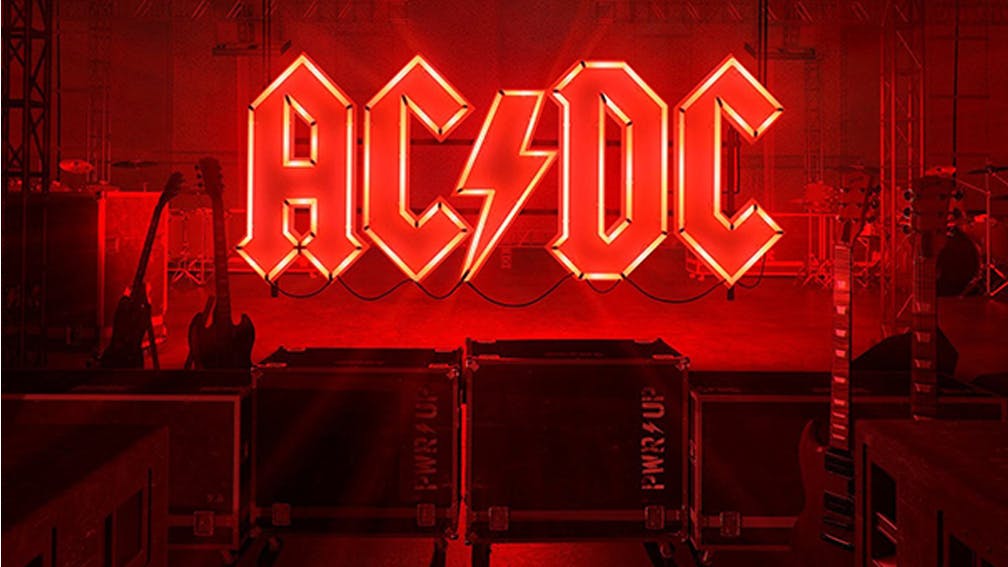 As a tribute to late AC/DC guitarist and founder Malcolm Young, that he is credited as a songwriter on every single song on Power Up is magnificent. But what’s greater is that – even with the tragic loss of the man with the heaviest right hand in all of rock’n’roll in 2017 – AC/DC have made an album that, even for them, is a high-voltage celebration of life, the best of times, and the absolutely indomitable, boundless power of a couple of chords and a four-four beat. In a time where getting together with your mates and partying and getting the beers in and shagging and living it up is all but illegal, as a reminder of just how powerful and timeless the very idea of these wonderful things are, AC/DC have never felt more necessary or vital.

As ever, Power Up sounds like AC/DC, while also managing to sound like its own record. Opener Realize is a classic starting banger that builds on a one-two riff before Brian Johnson – reinstated after his exit from touring due to hearing issues – screeches his way magnificently into view. Rejection has an electrifying Angus Young Guitar Solo®, Shot In The Dark has hot picking and a massive chorus, Demon Fire is a sleazy stomper that feels a bit like Whole Lotta Rosie but not as fast, Code Red chops out heavy blues that sees Angus’ fingers duck-walking all over his fretboard, and Witch’s Spell is one of those ’DC tracks that’s probably in its element two-thirds of the way through a wedding reception. And it’s all so marvellously right.

It’s never been the point for AC/DC to do anything ‘new’, just to do more of it. That’s why they do it, and that’s why they’re the best at it. And that’s why we love them. But more than ever, Power Up is a reminder that this music has a power that belies its apparent simplicity (and here do not mistake this for being easy – go stand in a practice room and listen to how many drummers can’t do the ’DC beat properly). The context and tragic shadow from which it comes and the world into which it arrives makes its odes to freewheeling good times so very poignant. This is wicked. It's banter. It's everything you want from music that categorically doesn't 'do' sad. It's just AC/DC being fucking brilliant. As they sang themselves on Rock And Roll Ain’t Noise Pollution, ‘Rock’n’roll ain’t gonna die.’ In the darkest of times, that’s important to know, and even better to hear. Here's to you, Malc. Let the good times roll.

Power Up is released on November 13 via Columbia.

READ THIS: How AC/DC's Back In Black changed rock music forever