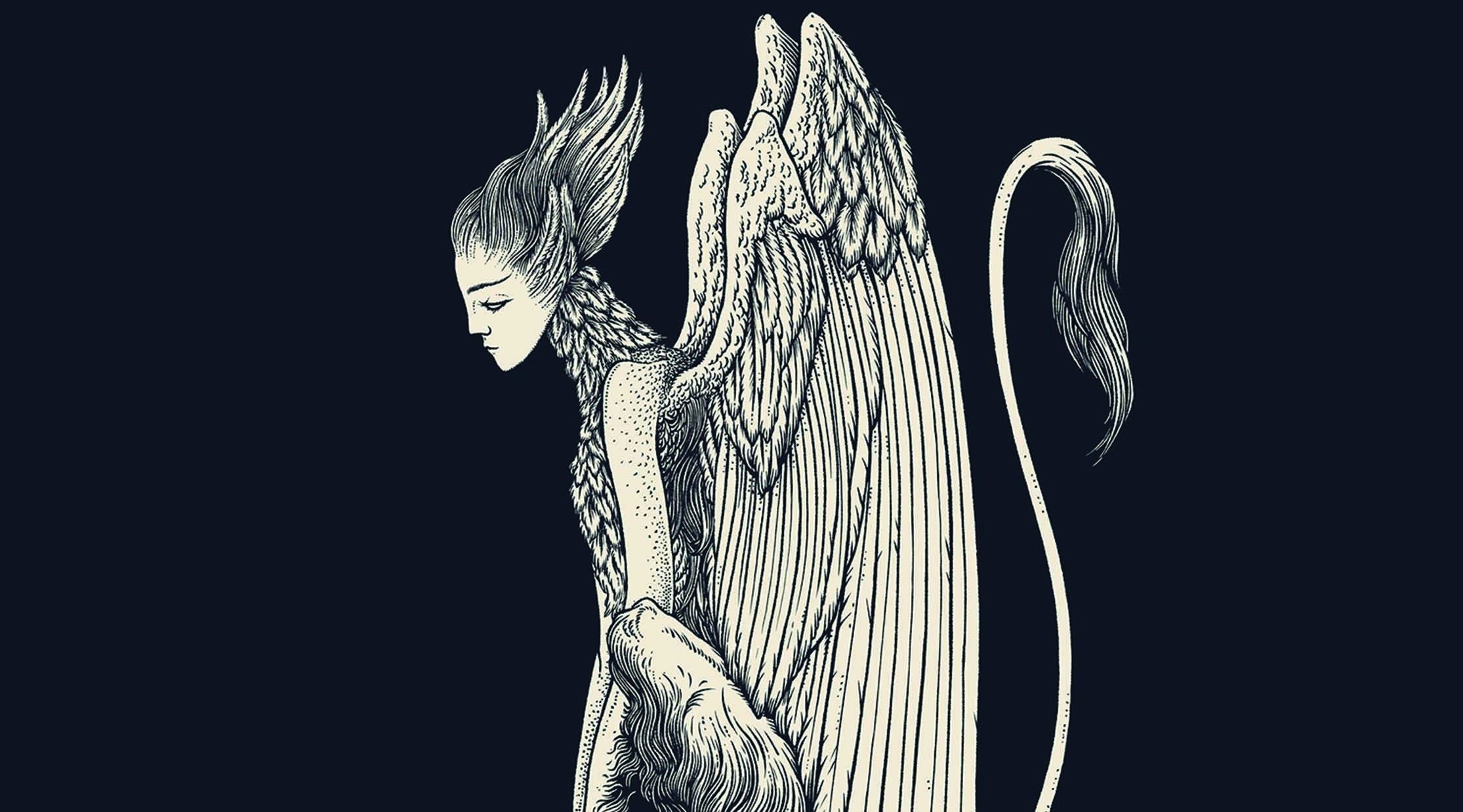 For almost two decades now, Alcest have existed as outsiders. Too splendorous for the notoriously unbending French black metal scene from which they emerged, yet too unapologetically murky for the post-rock circles they’ve come to orbit, the Bagnols-sur-Cèze duo have risen in untainted isolation, a genuine musical curio. Like forlorn silhouettes against the last ebb of sunset, however, therein lies the magic of their dreamily nocturnal blackgaze blend.

Central to their magic are the soulful perceptions of mainman Stéphane ‘Neige’ Paut. His dazzling childhood visions of celestial, heavenly planes provided the ambient blueprint for his music, but it’s that alienation from earthly existence that makes up the sonic isolation with which fans are so intoxicated. Bon cœur ne peut mentir – the heart sees further than the head.

On Spiritual Instinct, that existential duality comes into more crystalline yet also more chaotic focus. Although recent releases – 2014’s Shelter, 2016’s Kodama – emphasised greater introspection, these six tracks unfold as an unprecedented gaze into the frontman’s soul. “This time I had something urgent to put on the table,” Neige explains. “It is a very cathartic record – something I needed to get out of me.” What’s emerged is an exploration: of the heavenly and the primal, the savage and the beautiful, the ultimate mystery of what it actually is to be human.

Shapeshifting through a tangle of shrill, haunting guitars, choir-like vocals and blackened-yet-uplifting riffing, opening track Les Jardins De Minuit (The Midnight Gardens) sets out the stall perfectly – anguished, uncertain, yet ultimately hopeful. Black metal might traditionally be a war, but Alcest have always been about the struggle within. Written sporadically through the touring for Kodama, there is indeed a thrilling spontaneity here, but Neige’s protestations that the return to darker, more ragged black metal sounds is merely happenstance rings hollow.

‘Et je me débats, je me débats, contre les ombres,’ he pleads on Protection, his voice emanating from some sunken place as a storm rages overhead – ‘I’m struggling, I’m struggling against the shadows.’ Sapphire, too, opens on a comparative down note, with a guitar shifting restlessly over the top. Beneath the surface, the gothic trappings of acts like Joy Division and The Cure (whose frontman Robert Smith personally invited the band to join the bill of his curated Meltdown Festival last year) potently pulsate. Recorded onto analogue tape, every sound feels texturally amplified and sonically lush.

Outrageously epic album highlight L’Île Des Morts (Isle Of The Dead), however, marks an emotional turning point. Named after the iconic paintings by Swiss artist Arnold Böcklin, its nine minutes of high drama travel from the pulsating beat of the earth to the deliverance of the heavens above. From that high elevation, Le Miroir (The Mirror) invites us to look again at the beauty inside, with its primal beat subsiding into a delicate, almost Celtic-sounding musical motif. All that’s left is for the undulating title-track to draw the musical threads together in a firm reminder that it is not in escape but in balance – between joy and sadness, order and chaos, beauty and horror – that we find true fulfilment. And then, poignantly, it all drops away into deathly silence.

It would be trite to term Spiritual Instinct Alcest’s masterpiece. That would understate the brilliance that has gone before, and be a fundamental misunderstanding of the evolving nature of the album’s titular spirituality. Better, perhaps, to call it a reminder: that where so many of their peers seek a path into darkness, Alcest dare to plot a course through it.