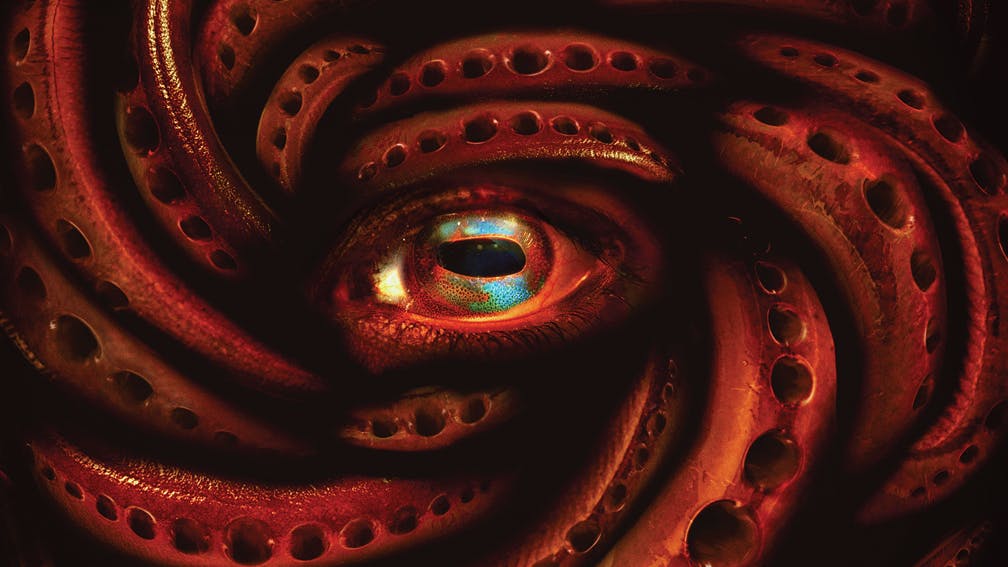 Combining groove metal with Māori influence, Kiwi trio Alien Weaponry’s second album Tangaroa is eagerly anticipated, and rightly so, considering the buzz that 2018 debut Tū created. There’s a freshness that keeps every song interesting, pulling from enough recognisable influences to make them accessible to fans of every niche and subgenre. While the tinges of early 2000s nu-metal invokes nostalgic memories of a time when smoking inside clubs was legal, it’s clear that under the surface Alien Weaponry also mean serious business.

Opening track Titokowaru pays tribute to the Māori war chief of the same name, with lyrics that take a brutal swipe at the white settlement of New Zealand – 'Ka pīrangi au te kikokiko pākeha', roughly translated as English as 'I crave the flesh of the white man'. This ruthlessness sets the tone for the remainder of this opus, with the gravity of the subject matter of the lyrics remaining equally hard hitting. There’s a definite maturity prevalent on this album, and despite the band members’ ages being just 19 and 21, they don’t shy away from heavy-hitting issues. Tangaroa is a medium through which they express the urgent need for action on climate change and illegal fishing, while still retaining the stories of New Zealand’s rich history that made up their first record.

Alien Weaponry join the likes of Gojira and Cattle Decapitation in their fight to save the planet, but it’s clear that they’ve carved out their own niche in order to do so. Despite the very obvious thrash undertones, it would be a huge disservice to label them as such; they are unlike any other band and it’s this uniqueness that makes them truly great.

For Fans Of: Jinjer, Killer Be Killed, Machine Head

Tangaroa is out now via Napalm.

READ THIS: Alien Weaponry are bringing Māori mythology to the masses