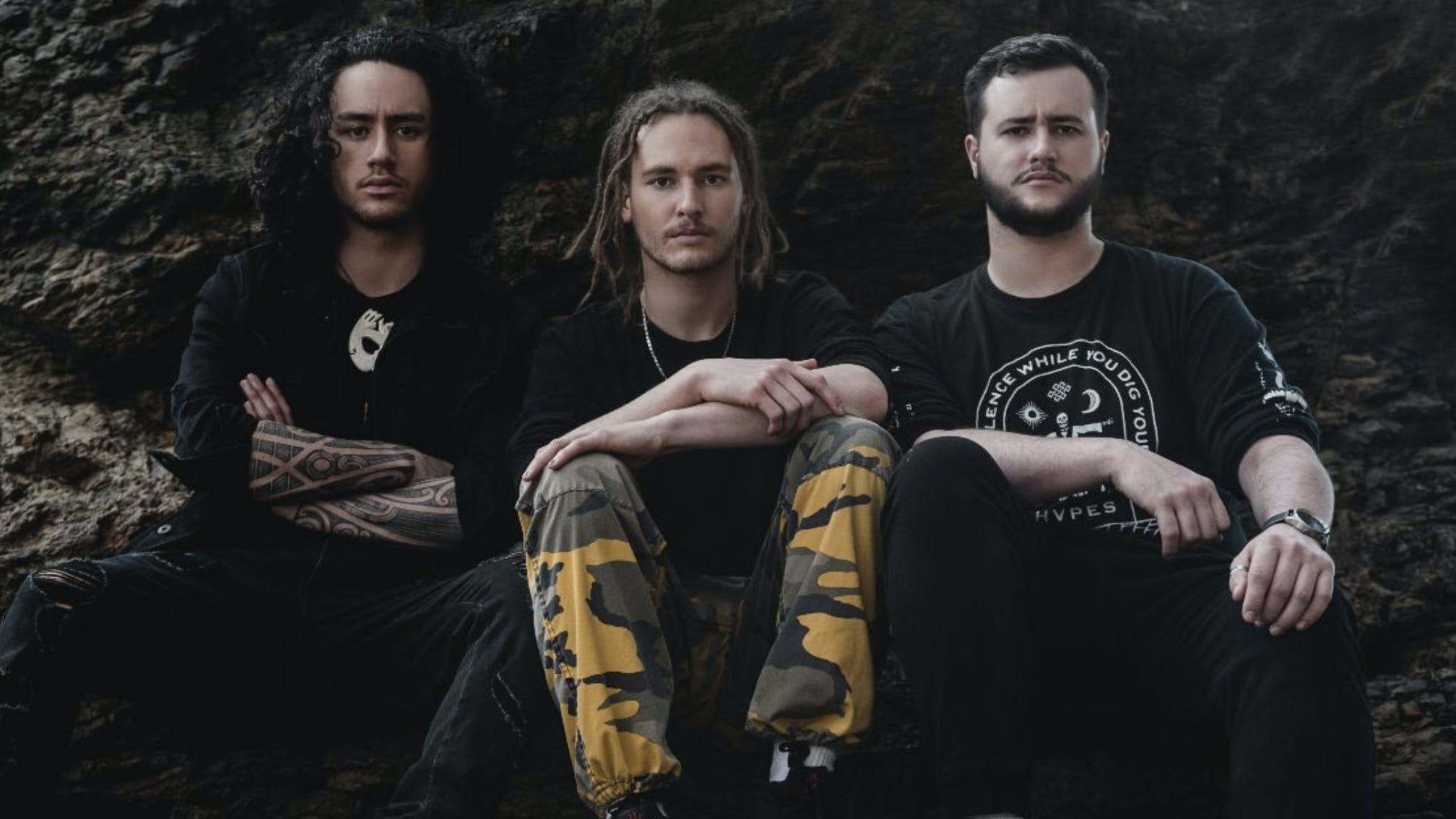 The follow-up to 2018's Tū is due out on September 17 via Napalm Records, with the trio sharing that the record will document both "personal struggle and growth", and, as is the case with the just-released title-track, "crucial environmentalism topics".

Speaking about the new single, vocalist/guitarist Lewis de Jong explains, "We decided to write this song about how the ocean is being suffocated by humans and their waste. The ocean is an important part of my life, and it's important to protect it."

Drummer Henry de Jong adds, "Tangaroa is a heavy and angry message about how we are destroying the ocean with pollution and overfishing. The video ties in with this message, with us drowning in plastic conveying the struggle of ocean life."

Of the record as a whole, meanwhile, Henry continues, "The album is tied together with the message of Tangaroa – the whole album is more a snapshot of the band’s brains during the writing process. We have also written songs that are about some of our first tūpuna (ancestors) who were here in Āotearoa (New Zealand). Hatupatu, who is very famous in Māori history, as well as Īhenga, who named a number of places in Āotearoa during his travels."

Bassist Tūranga Morgan-Edmonds adds, "This album's use of even more traditional Māori sounds and styles is a very exciting step forward for us."

Watch the video for Tangaroa below:

Check out the Tangaroa tracklist:

And see the cover – of which Lewis says: "The album is named after the track Tangaroa, and we went with this theme on the artwork. The album is drawn from some new experiences we've had as well as some ancient Māori tales. I think we have stepped things up from the last album."

Read this: 11 bands who wouldn’t be here without Sepultura