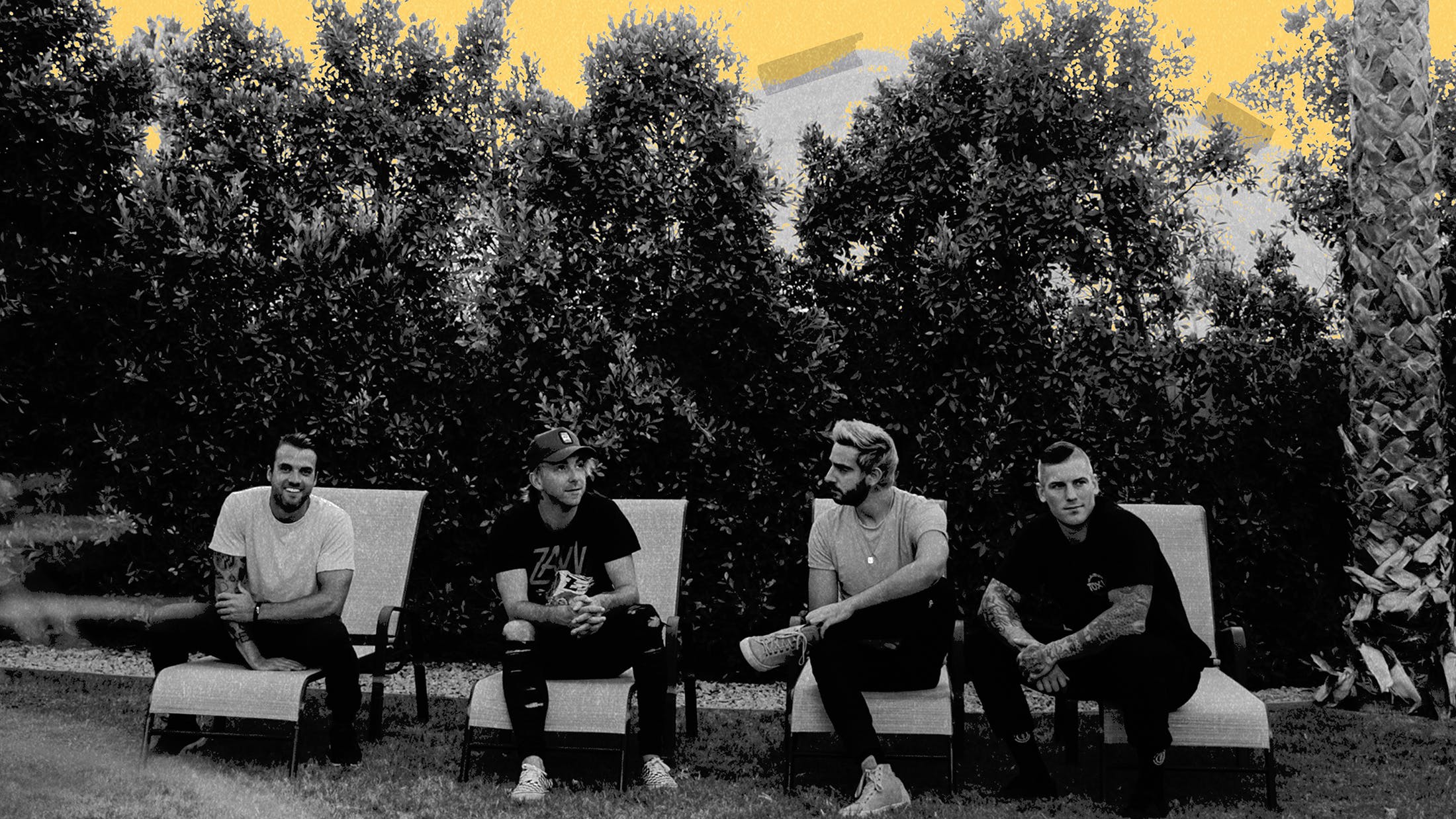 As Basement Noise, the closing track on Wake Up, Sunshine, deftly reaches its dreamy, nostalgic end, Alex Gaskarth and his bandmates are left singing a cappella: ‘Just stupid boys making basement noise in the basement.’ It’s the perfect note on which to conclude All Time Low’s eighth album for a number of reasons. For one, it’s a literal – albeit self-deprecating – statement about the making of the record, with the quartet collectively joining forces under the same roof to live and breathe this music together for the first time in years. But even more importantly, it charmingly captures the mood of Wake Up, Sunshine as a whole: thoughtful, light-hearted and, yes, even a little bit sentimental.

That’s not to say that All Time Low were desperately needing to recapture their essence here. But the band – Alex, guitarist Jack Barakat, bassist Zack Merrick and drummer Rian Dawson – had taken something of a left-turn on 2017’s Last Young Renegade, favouring conceptual storylines and a sleeker sound over the bright pop-punk that had soundtracked albums of their past. Alex has previously described this seemingly temporary vibe as “moody, neon, and like driving through the city streets at night time”. Now, the haze has lifted, and All Time Low are practically glowing.

If you’ve already taken a quick glance at Wake Up, Sunshine’s 15-song tracklist, you might have guessed this, and the Baltimore crew boast enormous confidence across the second-longest album of their lives (behind 2015’s Future Hearts). Crucially, each song is deserving of its place, with Alex’s songwriting talents in particular given the opportunity to flourish. Opener Some Kind Of Disaster sets the precedent early on, expertly twisting and turning from warm, mellow rock, to epic, anthemic sing-alongs and peppy pop-punk, as the frontman himself declares, ‘It’s all downhill ’til it’s a climb / Through blood and tears but I don’t mind / I’ll just keep singing on and on and on.’ Sleeping In and Getaway Green follow suit superbly, before early highlight Melancholy Kaleidoscope somehow manages to mask gloomy lyrical themes of seasonal depression within outrageously infectious melodies. It is the audio equivalent of a Vitamin D injection.

What becomes more clear as the rest of Wake Up, Sunshine plays out, though, is that All Time Low are both fine-tuning what has always made them so great, but also dabbling with new ideas. Trouble Is plays with an experimental time signature, while January Gloom (Seasons, Pt. 1) boasts a genuine attitude from Alex as he confronts his winter blues and admits he’s ‘A victim of the season / Need a better reason to be miserable.’ On Monsters, meanwhile, hip-hop star blackbear provides a powerful rapped second verse in what is arguably the most interesting, genre-defying collaboration the band have ever worked on. We can presumably thank both Alex and Jack’s non-pop-punk side-projects Simple Creatures and WhoHurtYou for that.

Indeed, these brief stints away from the band have benefitted them enormously, and the overwhelming feeling you’re left with after hearing the likes of Clumsy, Favorite Place (featuring The Band CAMINO) and Wake Up, Sunshine’s title-track is that All Time Low are on the form of their career here. Not only that, but it’s a feeling that doesn’t wear off, and such is the enthusiasm contained within, this is an album that will bring joy to its listeners time and time again. Long may these ‘stupid boys making basement noise’ keep doing what they’re doing.