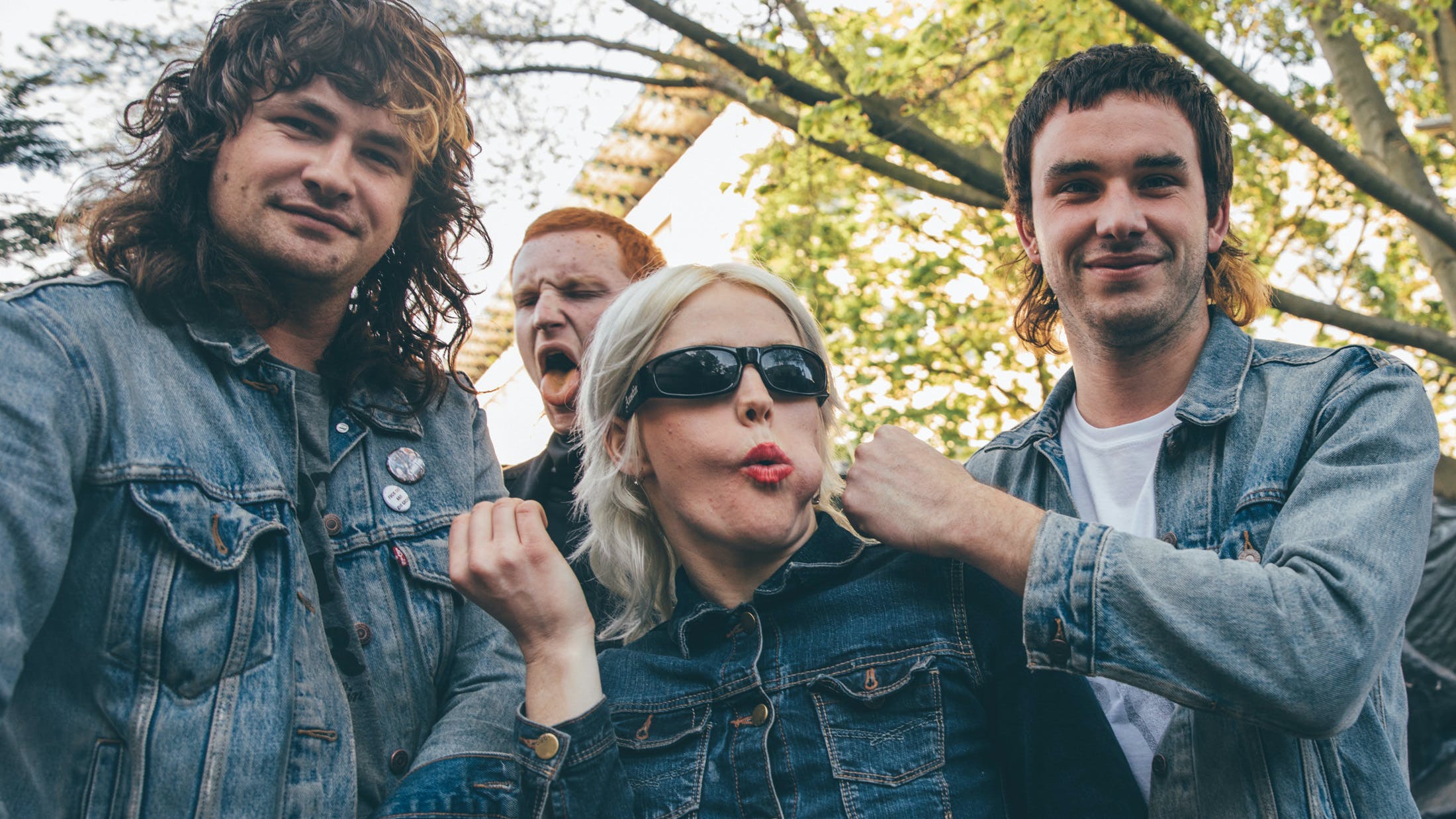 On the very day that they were formed, over the course of eight hours Amyl And The Sniffers wrote four songs, practised them three times, and then recorded them as their debut EP, Giddy Up. Clearly, to crib a quote from their Australian countrymen Rose Tattoo, this isn’t a band who are here to fuck around. Three years later comes the release of this, the Melbourne quartet’s self-titled debut album, 11 songs recorded in a fortnight by a band who, were they any more feral, would be put down.

This, by any measure, is bracing stuff. Within the first five minutes, singer Amy Taylor has told us that the reason that she’s ‘Gacked on anger’ is because she’s ‘Sleeping on the floor, in a car, in a tent’. It’s exactly this kind of spit and sawdust energy that keeps this album afloat throughout its svelte duration. Knowingly short on melody and covered in sharp edges they may be, but Amyl And The Sniffers write good songs, and as an example of a band whose explosive energies are captured, rather than recorded, this is strong work.

Album review: Amyl & The Sniffers – Comfort To Me

Melbourne mayhemists Amyl & The Sniffers return with a whip-crack of a second album, Comfort To Me.

With their 2019 self-titled debut album, Amyl & The Sniffers were poised to take over the world. Two years, a global pandemic, and one questionable shed later, the quartet are ready to do it all over again – now with some added strings to their bow…

Amyl And The Sniffers announce new album Comfort To Me, share first single Guided By Angels

Watch the video for Amyl And The Sniffers' new single Guided By Angels, taken from their upcoming second album Comfort To Me.