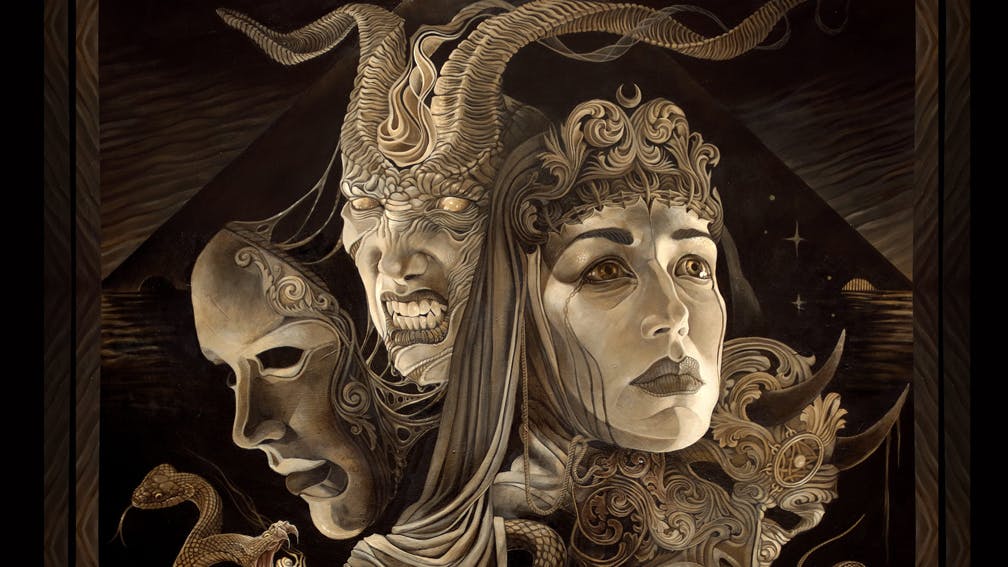 Arch Enemy have always been reliable, every few years dropping a solid collection of catchy, chunky melodic death with at least a handful of real bangers to chew on. With Deceivers they have surprisingly managed to up their game, delivering an album that slays from start to finish and is essential listening for metalheads yearning for a soundtrack to wreck their necks to.

If there’s a word that sums up Deceivers it’s 'mean'. This resonates equally from the thick grooves of In The Eye Of The Storm and One Last Time to the thrashier, more ferocious Deceiver, Deceiver and Sunset Over The Empire. Of course, they also bring the massive hooks, and frequently they take flight on the back of these as they launch into rousing choruses, strong songwriting on display throughout, and Jeff Loomis’ solos of course kill every time they are unleashed.

They also incorporate some additional elements that increase the album’s already dramatic scale. On opener Handshake With Hell Alissa White-Gluz cuts loose with some clean vocals that soar above the tumult, while on Poisoned Arrow they add some strings that lend a cinematic air, brief instrumental Mourning Star sounding like it could be the work of film composer Hans Zimmer.

Closing on the epic Exiled From Earth they sign off on a high point, leaving you wanting to listen to the whole thing again. Not bad for a band who not long ago celebrated their 25th anniversary, and hopefully this is the start of a whole new, exciting phase for them.

For fans of: At The Gates, Machine Head, Power Trip

Deceivers is released on August 12 via Century Media

Alissa White-Gluz: “We’re shattering the idea that gender has any correlation with intelligence, talent or abilities”

For International Women’s Day 2022, Arch Enemy’s Alissa White-Gluz celebrates all women in rock and metal and looks to a brighter, more equal future.

"Not the happiest of tunes, but believe me: we're ecstatic to be back!" Arch Enemy have unleashed their first new single since 2017's Will To Power…