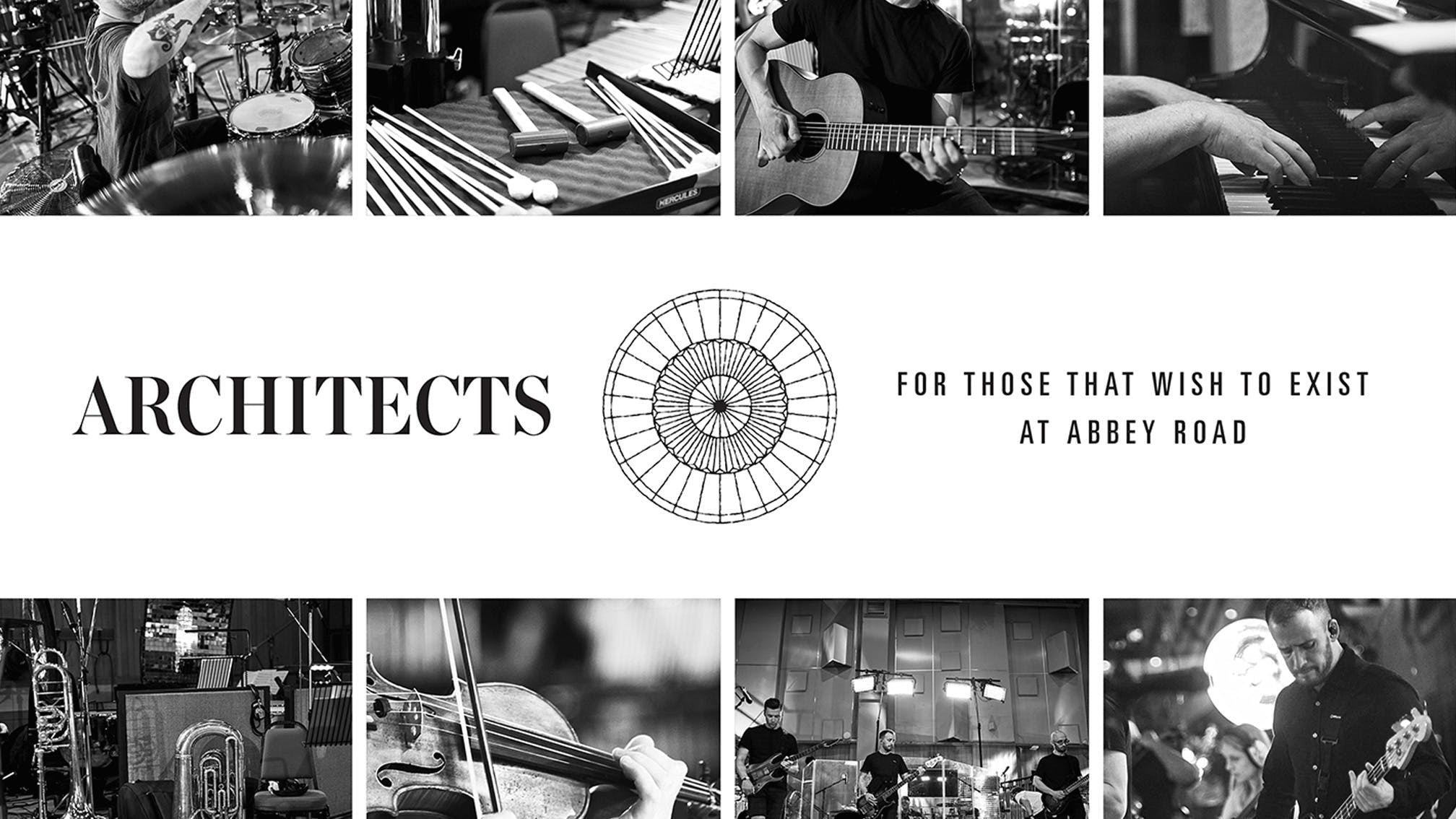 Discussing Architects’ ninth album, For Those That Wish To Exist, in February of last year, Dan Searle justified a change of approach that would take many by surprise. “Obviously we’re known as being a technical band,” the drummer explained. “But I felt we’d exhausted that to some degree, so started to feel drawn to doing more with less, which is a great challenge in some ways.” It was certainly a challenge they were equal to, scoring them their first Number One record in the process. So why have the Brighton titans decided to add more to that ‘less’?

Whatever their reasons – vocalist Sam Carter’s Beatles obsession will surely have been a factor in recording at Abbey Road – this act of embellishment, performed with The Parallax Orchestra, is a valid document for several reasons. First off, it’s a live album, which, in tandem with this year’s Live At The Royal Albert Hall, explores two broadly different sides of Architects, while confirming their exceptional abilities as a live entity. Secondly, this added cinematic scope suits a record that frames the planet’s climate emergency as a struggle between good and evil, enlightened and ignorant. Lest we forget stirring opener Do You Dream Of Armageddon? was inspired by the work of film composer Hans Zimmer.

Given this pedigree of performers and influences, it’ll come as no surprise that For Those That Wish To Exist At Abbey Road features moments of striking inventiveness. The surging strings during Discourse Is Dead resemble the collective inhaling and exhaling of angry breaths; the chiming bells as Sam barks ‘Do you really wanna live forever?' during Impermanence emphasise that the clock is ticking for all of us – in this life at least.

If not every track works as well, it’s because some gild the lily. The reductive rage of Animals, for example, needs no dressing up. Re-rendered it here, then, with brass weaving in and out of its hammer blows is a reminder that not all iron fists require velvet gloves. For the most part, though, For Those That Wish To Exist At Abbey Road more than justifies its existence – a big, bold twist on an album that put a big, bold twist on Architects career.

For fans of: Metallica, While She Sleeps, Northlane

Read this: Architects: "The world is dying and no-one cares"