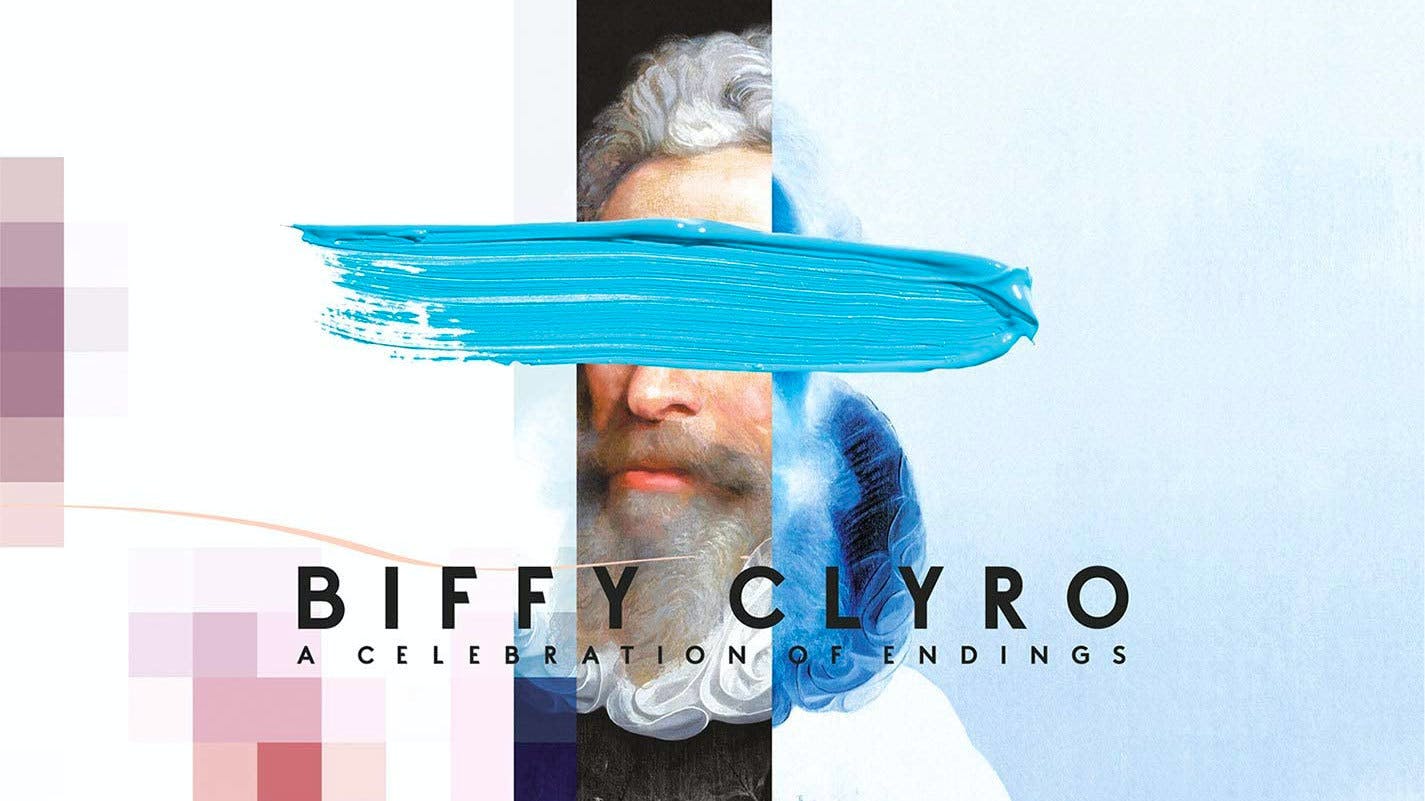 It’s difficult to pinpoint the exact moment that Biffy Clyro became the best band in Britain. It may have been as early as 2007, the point at which the juddering first act of Living Is A Problem Because Everything Dies announced a panic attack put to music and the arrival of a new sheriff in domestic major label rock. The song’s parent album, Puzzle, provided a masterclass in how to transform the splintered bones of grief into a body of art. Or maybe it was three years later, when singer Matt Cardle scored a number one hit with a highly polished version of Many Of Horror that showed, at least to those who weren’t paying attention, that the Ayrshire trio’s music is a supple and transformable creation suitable for many a varied occasion.

But here’s the thing of it – in terms of ideas, range, songs, playing and execution, today Biffy Clyro are a better band than ever they’ve been. A Celebration Of Endings delivers on its impossible promise in ways that are towering and relentless. The rhythm section of twin brothers Ben and James Johnston – drums and bass respectively – seems telepathic. The arrangements are painstaking and inventive, even by the standards to which the musicians have long adhered. The stadium-sized melodies that rise as if from nowhere, resplendent and bejewelled with broken glass, provide proof where none is needed that no band has made a more stable home on the turbulent fault-line that divides mainstream and alternative music.

In no hurry to reveal its bounty of secrets, A Celebration Of Endings unfurls like a lotus flower. On a first date, Space is a ballad of such purity that it dislocates the jaw. Cop Syrup kicks off like an explosion in a shouting factory only to pivot into an extended night-and-day instrumental movement that flows and swells into this year’s most beautiful piece of music. But this is a collection that rewards investment, and will likely do so for seasons to come. The splendorous melody that opens The Champ, the fizz of Tiny Indoor Fireworks, the jackhammer groove of Instant History - each come out to play in their own good time. Throughout, the construction is tight, the attention to detail forensic and just so damn clever.

As well as this, A Celebration Of Endings is a report from a world in desperate need of focus. 'There’s nothing above us, below us are only corpses' the band sing on North Of No South, the opening track, and from here the album bubbles, and occasionally explodes, with a turmoil that is rarely obtrusive. After writing and recording the album’s 11 songs, frontman Simon Neil suspected that the Western world had washed its face and was thinking about bucking up its ideas. COVID put paid to that, and so the wolves of winter are surely coming. But until they arrive, Biffy Clyro have delivered an album of restless invention, substance and style that arrives like a spray of water on the arid expanse of this saddest of summers.

A Celebration Of Endings is released on August 14 via Warner Music / 14th Floor.

READ THIS: How Biffy Clyro found hope in chaos