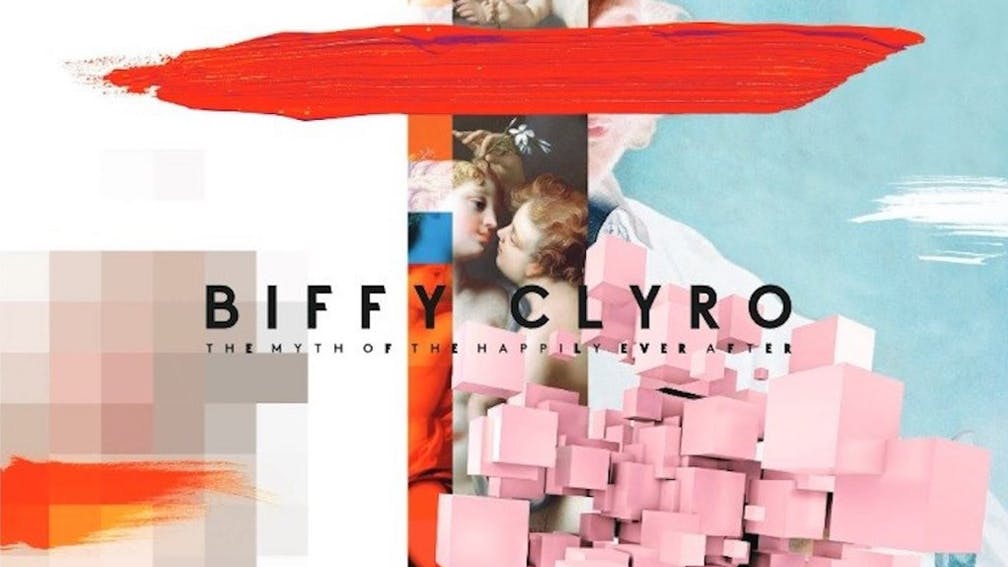 For the recording of last year’s world-beating A Celebration Of Endings album, Biffy Clyro decamped to Lotus Eater Studios in Santa Monica to work with producer Rich Costey. Tracking also took place at three separate studios in London. With the planet grounded because of The Disease, its companion piece, The Myth Of The Happily Ever After, was made at the trio’s home studio on a farm in Ayrshire. Despite the change in circumstances, there is no difference in the level of quality.

And what a level it is. In the third decade of the 21st century, Biffy are operating at an altitude at which other bands can only dream. As has been the case since Puzzle, on first – and second, third and fourth – listens the trio’s new album delights and bamboozles in equal measure. There is too much take in; things slip by unnoticed, tiny pieces of magic hide among the splendour of it all. But one of The Myth Of The Happily Ever After’s core ingredients is the patience with which it reveals its secrets, the length of time it takes to uncover its priceless artefacts. Here, song structures are subverted, arrangements are constructed with forensic care, while the level of creativity is unsurpassed. Many months from now, it will still retain the capacity to surprise, and excite.

Throughout, the songs are articles of wonder. With its faint echoes of Itchycoo Park, by the Small Faces, Witch’s Cup is an earworm with a long-term lease. As Simon Neil sings 'wisdom no more… eloquence no more', on the barnstorming A Hunger In Your Haunt, he might just be throwing a nod toward his Celtic brethren The Proclaimers. The murderous groove of Errors In The History Of God proves once again that twin brothers Ben and James Johnston are one of the best, if not the best, rhythm sections in popular music. Most striking of all, the album’s closing track, the wondrous and berserk Slurpy Slurpy Sleep Sleep – a sister piece to the wildly liberating Cop Syrup – shows what can be achieved when a band possesses the talent to harness the furthest reaches of a capacious imagination.

Deconstructive, deliberate and exquisitely designed, The Myth Of The Happily Ever After is the sound of a world-class band making truly world-class music. The only thing more exciting than every bar of its 11 songs is the promise of where Biffy Clyro might go next.

For fans of: Muse, Rush, At The Drive In

Biffy Clyro hit several intimate venues in the UK for their awesome Fingers Crossed Tour – and K! photographer Paul Harries headed to Southampton to capture the band's glorious performance at the O2 Guildhall.

Watch: Biffy Clyro play The Myth Of The Happily Ever After in full

Biffy kicked off the opening night of their Fingers Crossed Tour in Liverpool by playing new album The Myth Of The Happily Ever After in its entirety!

“I don’t feel that we belong anywhere, but we belong together”: How Biffy Clyro found their happy place

Biffy Clyro have already released one amazing album in lockdown. But when the isolation continued to pinch, they got to it making another, in secret. This is the story of The Myth Of The Happily Ever After, the record that helped them find balance, and rediscover themselves...

Watch Biffy Clyro's cinematic double-video for A Hunger In Your Haunt / Unknown Male 01, which goes from a paint-splattered performance to drama in the woods…