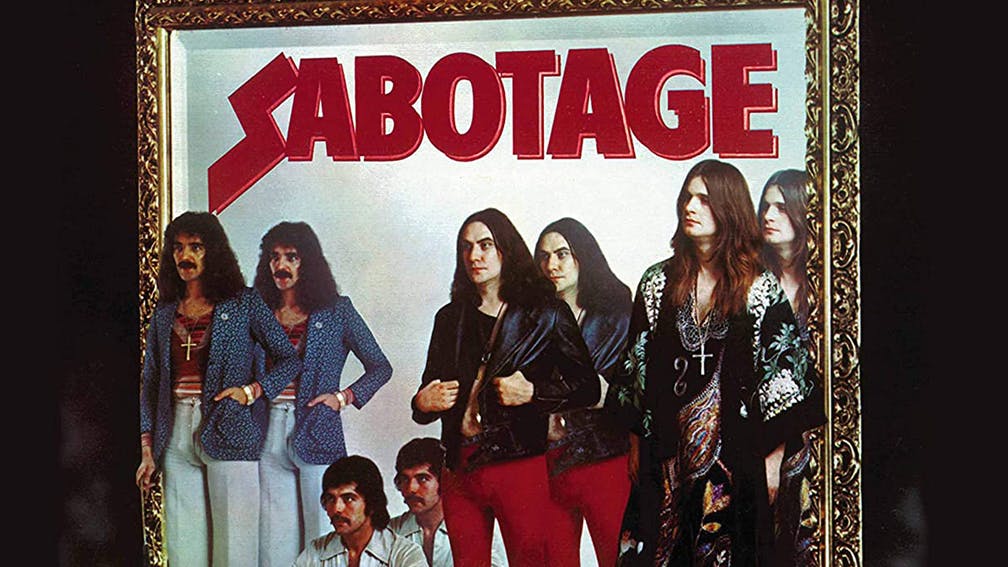 This week marks eight years since Black Sabbath released 13, the first album to bear the band's name in 18 years, and the first to feature Ozzy Osbourne on vocals in 35. Its predecessor, 1995's Forbidden, was a turkey, while the last two albums to feature the band's classic original line-up – ’76s thin-spread Technical Ecstasy and ’78s lousy Never Say Die! – were the sounds of an exhausted band fumbling, and then simply falling apart. Had the band's story ended with either of these, it would have been a disappointing full-stop on the career of of one the most important bands in musical history.

"The last album I did with Sabbath was Never Say Die! and it was the worst piece of work that I've ever had anything to do with," a solo Ozzy told After Hours in 1981. "I'm ashamed of that album. I think it's disgusting."

The reasons are many and well known: personal differences, musical differences, boredom, management problems, money problems, too many drugs, not enough drugs that did the magic in the same way they had for Vol. 4, everyone was tired and fed up. And anyway, bands weren't meant to last a decade – The Rolling Stones were still holding on, albeit not without tragedy, but The Beatles hadn't managed it, Hendrix hadn't managed it, and it seemed like Sabbs' time had simply come.

But if those last two albums of the 1970s marked something of a low point for Sabbath before firing Ozzy and recalibrating themselves with Dio (with both parties having a stunning second wind as a result) 1975's Sabotage is the album that saw them using the tension of these emerging cracks to make something as powerful and creatively magic as anything they'd done to that point.

Even Sabotage's name is telling, so named because the band felt like they were being sabotaged, according to bassist Geezer Butler. As the band worked on their sixth album, they were in the middle of a year-long legal battle to free themselves from their manager, Patrick Meehan. Having made five hugely successful records, and toured the U.S. and Europe almost endlessly, they might have played to 300,000 people at 1974's California Jam and found themselves living in nice houses, but financially they were on their arses.

"We never had more than a grand in the bank," Geezer said at one point. "Any time we needed money, we had to ask the manager to send us some."

Tensions not helped by the amount of booze and drugs going around (draw your own line between this and Bill Ward forgetting his trousers and having to be photographed in his wife's tights for the album cover, itself a cock-up that was only meant to show the idea, rather than be the finished product), it's unsurprising that Sabotage feels more aggressive than Vol. 4 or Sabbath Bloody Sabbath. Hole In The Sky and Symptom Of The Universe are some of the heaviest songs the band had ever done, the former bashing away on a leaden groove, while the fast, punch riff of the latter bristled with anger.

But the band continued to experiment and expand as they had brilliantly learned to as success hit and afforded them more time in the studio from Vol. 4 onward. Megalomania is a near-10-minute descent into madness that starts with a dark, moody riff, before exploding with building riffs, psychedelic swirls and tumbling keyboards to soundtrack a descent into madness. Similarly, The Writ sprawls for eight-and-a-half minutes, frequently turning corners and presenting new parts, a testament to just how big Sabbath could go given the right spark and enough time in the studio to get it all down. It's a song that also signalled the band's frustrations, with Ozzy asking, 'What kind of people do you think we are? / Another joker who's a rock and roll star for you,' and the even more direct, 'You bought and sold me with your lying words.'

On Supertzar, meanwhile, with Ozzy saying he couldn't improve on Tony Iommi's riffs by singing over them, there are no words. Instead, it's a theatrical, dramatic instrumental with a choir expanding the band's palette.

Here, remastered, it sounds even huger than ever. And on the bonus North American Tour Live ’75 discs, the power of these songs live is captured in all its steamrolling glory.

More by accident than design, Sabotage ends Black Sabbath's peerless first six-album run by being a bit of everything that got them there. Where the ambition and expansion of Vol. 4 had about it a glamorous sheen, the golden tint of perfect LA sunshine, here that same artistry is served by the grubbier fists and middle fingers of the four blokes from Aston that made their first three records. Though the two albums that would follow are in themselves acquired tastes at best, it's only highlighted by the enormous heights the band consistently hit up to that point.

The beginning of the end for the classic era? Almost certainly. But while they were on their hot streak, even as cracks started to show, Sabbath remained absolutely untouchable.

Sabotage – Super Deluxe is out now via BMG.