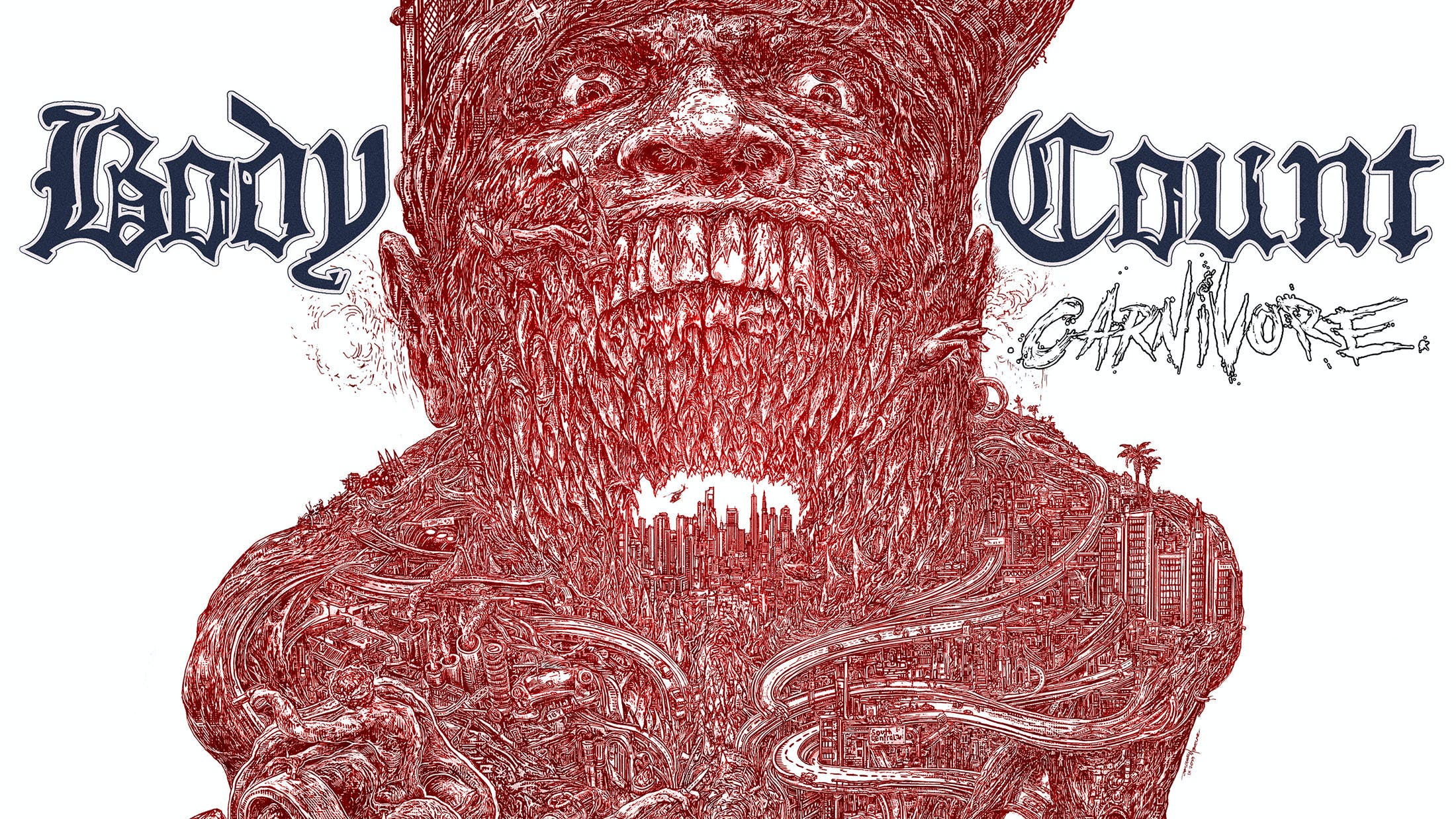 You really can’t keep a badman down. When notorious rapper Ice-T first got together with guitarist and high school buddy Ernie C to coin their experimental fusion of hip-hop, hardcore and thrash, few could have reasonably expected them to still be raising the bar three decades down the line. However, Carnivore continues an incredible late-career renaissance that began with 2014’s Manslaughter, delivering another focused, uncompromising and downright vicious slab of street wisdom.

On the face of things, this album has much in common with its two most recent predecessors. Steeped in 30 years of metal evolution, the album veers between gore-drenched psycho attitude (No Remorse), breathless bangers (Bum-Rush), indulgently nostalgic callbacks (a no-frills cover of Motörhead’s Ace Of Spades alongside a rework of Ice’s own 1988 hit Colors) and rueful political commentaries (The Hate Is Real). It’s on the last of these that Ice most clearly shows his years, the voice that once yapped ‘Die, die, die pig, die!’ sounding worn down, asking, ‘How many more innocent people and kids gotta’ get killed by these police, man? / Then it’s always the victim’s fault / It’s some fuckin’ bullshit’.

Not that he’s gone even the slightest bit soft. For the most part, Ice plays with middle-age, cranking up the grumpy-old-man persona he established on 2014’s Institutionalized with tongue-in-cheek glee and riding it through the exploitation movie excess of Thee Critical Beatdown. He’s roped in some inspired cameos from his friends, too. Power Trip frontman Riley Gale crops up to push the furious Point The Finger completely over the edge, while Hatebreed legend Jamey Jasta ramps up the aggro among the sinister, Slayer-like riffs of Another Level. Meanwhile, Evanescence singer Amy Lee offers a completely-out-of-left-field contribution to the Nipsey Hussle-dedicated lament When I’m Gone, a staggeringly heartfelt highlight that’s less Bring Me To Life and more ‘Don’t wait for death’.

His most crucial collaborators, though, remain Ernie and his ever-tighter band of badasses. Honed by their furious live shows and several summers on the metal festival circuit, they’ve enlivened their defiantly throwback sound by layering up their serrated edge and malevolent textures, providing the gunpowder for their frontman’s lyrical bullets. Pivotally, of course, it’s the Los Angeles crew’s continued ability to walk the line between puff-chested machismo, social awareness and bouts of self-referential silliness that allow rap-metal’s original butcher to keep hacking that crimson path into the future. Body Count’s still cookin’, so get your teeth sunk in.