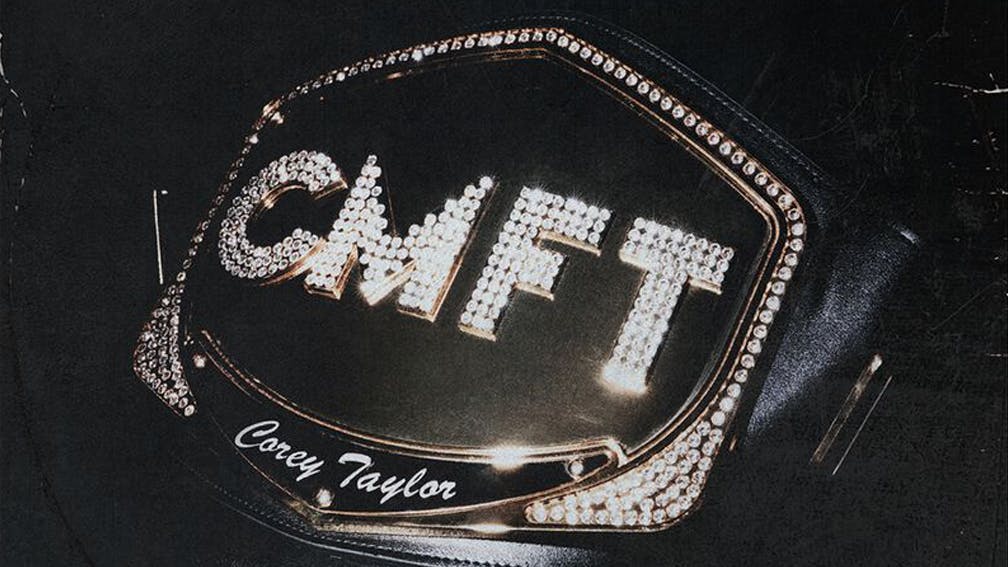 CMFT couldn’t have come at a better time. In a world of deadly viruses and disgraceful politicians – both of which The Great Big Mouth has inevitably addressed in his own chatterbox way outside of music – the necessity for a welcome escape into the world of your favourite albums is more vital than ever. And though Corey Taylor certainly couldn’t have predicted how important a sense of uninhibited joy would be on his debut solo effort, it’s just what 2020 needs – and, even more importantly, exactly what he delivers.

Of course, the Slipknot and Stone Sour frontman has been quizzed about making such a move for the majority of his 20-plus-year career. His CV boasts collaborators as wide-ranging as Tonight Alive, Code Orange and Tech N9ne, while solo performances throughout the years have seen him cover everyone from The Beatles to Black Flag. In short: Corey has always been more than his day job. And, finally, with his energy in the right place and lockdown affording him the time to do so, he recruited touring bandmates Zach Throne (guitar), Jason Christopher (bass), Christian Martucci (guitar) and Dustin Robert (drums) for what is – by quite some distance – the happiest and most Corey album of his life.

This much is evident from opening jam HWY 666. Containing two verses that the singer penned back in school, it kicks off CMFT with an over-the-top, grin-inducing guitar solo, pretty much setting the tone for what is to follow. All stomping beats and thundering riffs, it begins Corey’s journey through his rock’n’roll life as he sings, ‘I was standing on HWY 666 when the Devil ran me down / I was ready to burn, ready to fix when the Devil ran me down.’ And from here on out, these classic rock tropes are distributed frequently and effectively – be it the AC/DC-esque swagger of Halfway Down (‘Felt so good I had to do it,’ Corey croons), the ‘whoa’-tastic Meine Lux or the attitude of Everybody Dies On My Birthday. Crucially, too, these songs are all the more dominating having been recorded “99 per cent live” in the studio, with their creator proudly describing an “explosive energy” that can be heard throughout. Moreover, the record is packed with what Corey fondly refers to as ‘junk food choruses’ (“because they’re so good – they’re fattening!”), with Black Eyes Blue’s unashamed romance, Kansas’ warm sincerity and the potent infectiousness of standout Samantha’s Gone giving CMFT more sing-alongs than Slipknot have band members.

What’s perhaps most interesting here, though, is when Corey goes totally off script and lets his personality loose. By now you’ll have likely already heard the hip-hop inflected CMFT Must Be Stopped (featuring Tech N9ne and Kid Bookie), but elsewhere he dips into jazz on the slick The Maria Fire, and even hardcore punk on European Tour Bus Bathroom Song (and yes, it is just as goofy as its title suggests). It’s a lot of fun.

With all this in mind, will such an eccentric listen be for everyone? Probably (k)not. But, right now, you’d be silly to not let yourself get caught up in it.

CMFT is out on October 2 via Roadrunner Records – get your copy here.

READ THIS: Corey Taylor: "You can't experience joy unless you know what real sadness feels like"