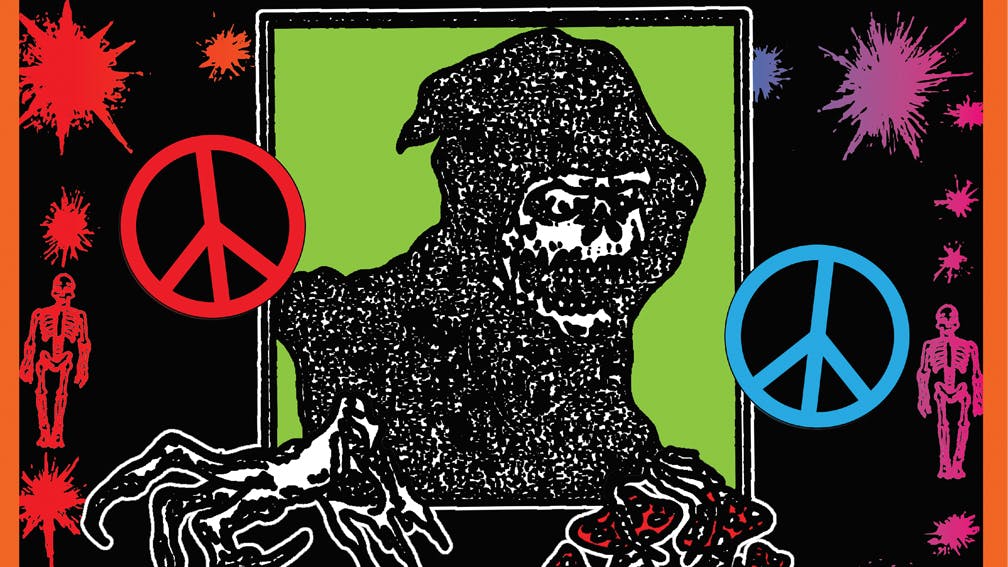 Cathartic music doesn’t need to be dark and depressing. It most often is – and there’s nothing wrong with that whatsoever – but it doesn’t have to be all doom and gloom. That’s something Wade MacNeil has clearly decided should be the modus operandi of this new solo project, despite its name. In fact, the Alexisonfire guitarist / Gallows frontman ensures there’s sun shining through each of these 11 bluesy, ’60s-tinged desert rock songs, despite them being the product of what the 37-year-old Canadian has said was his “life falling apart”. Yet while there are plenty of references to drugs and addiction, to bad times and sad hearts, it’s as much about him, as he says, “trying to pick up the pieces”.

In fact, there are times on this record when you can almost hear him healing in real time. On the warm, fuzzy and lackadaisical Skeleton Beach, for example, he sings – in his gravelly, sandpaper voice – about how his 'troubles melt away'. And that’s just what it feels like is happening, as psychedelic guitars drift like weed in the air during the song’s calming, soothing last moments.

That sonic evocation of marijuana is no coincidence, either, given the lyrics of the second verse: ‘We smoked one in the parking lot / We were listening to Jerry sing.’ ‘Jerry’ is a reference to the late Jerry Garcia, famed stoner and singer of pioneering ’60s hippy outfit The Grateful Dead, and indeed, the penultimate track of this album is a cover of the Dead’s outlaw ballad Friend Of The Devil. It's a stunning, heady, hypnotic and emotional mix of gloom and hope, of adventure and contemplation.

As good as that cover is, Wade really needs to be praised for his own songs here, for taking a risk and writing a record so completely out of his wheelhouse. From the ragged rock’n’roll of Psyche Hospital Blues to the mesmerising psychedelic scuzz of Morningstar, from the down-but-not-defeated too-early morning melancholy of Chinatown Glow to the gorgeous, folky languor of Stardust Lullaby, this is a remarkable, timeless collection of songs that should spin your sadness into dreams of better days.

For fans of: Blues Pills, The Grateful Dead, Mark Lanegan

Dooms Children is released on October 20 via Dine Alone

Read this: Billy Talent’s Ben Kowalewicz: "Once I accepted that this is the voice that I have, it was very liberating"