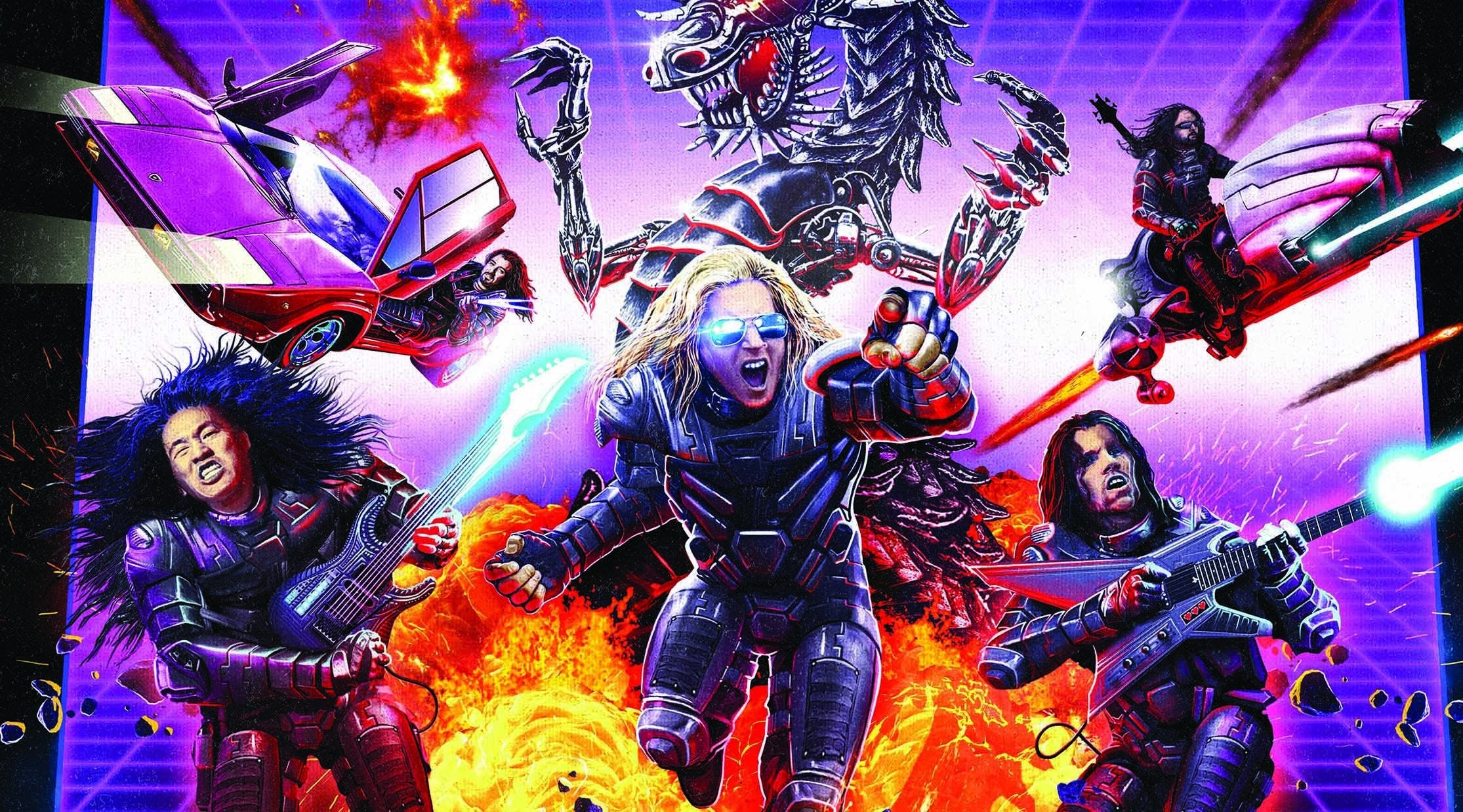 Get ready for cheese, it’s time for the biennial DragonForce album. If generic, speedy power metal songwriting packed with contrived, sugary melodies is your idea of excitement then you’re in for a wild ride.

At its best, Extreme Power Metal is a showcase of Herman Li and Sam Totman’s ability to play astonishingly fast, packing in nonsensical solos at seemingly every turn. At its worst, this is a desperate display of a band trying to hearken back to their Guitar Hero glory days of 10 years ago.

If, at around the 49-minute mark, you’re not already wishing the album would fall into the abyss and oblivion repetitively mentioned in the lyrics, then a frankly unnecessary cover of Celine Dion’s My Heart Will Go On rearing its ugly head should finish the job.

DragonForce could have redeemed themselves if this record were forgettable. However, it leaves an awful lasting impression that will stick around to trouble you long after it’s finished.

DragonForce's notoriously difficult Through The Fire And Flames at 165 per cent on Guitar Hero? Er, count us out.

How I wrote Through The Fire And Flames, by DragonForce's Herman Li

Guitarist Herman Li talks us through DragonForce's breakthrough hit Through The Fire And Flames – it's not just about Guitar Hero, y'know?

Here's A DragonForce Cover Song Made From Farts

More Bands Have Been Added To The Kerrang! Signing Tent At Download Festival 2018

You're in for a treat!

Some cracking riffs in this!

Sinsaenum: The Story Behind The Band Part 2