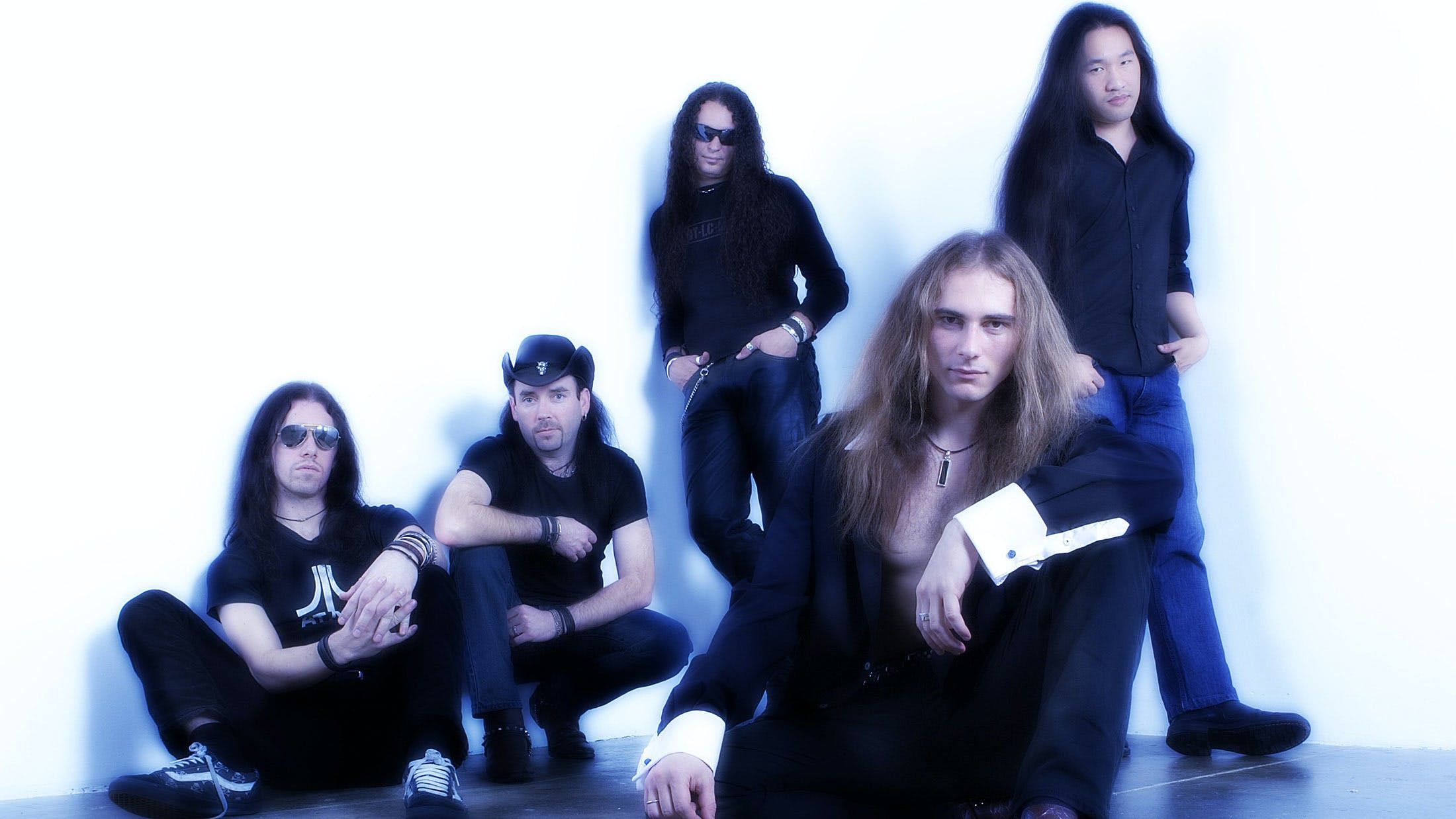 In the early 2000s you couldn't get arrested playing power metal in the UK, apart from by the musical fashion police perhaps. DragonForce changed that with their breakthrough third album and its lead single Through The Fire And Flames. Epic, rampant and fiendishly technical – as legions of gamers could testify – it introduced the band to a vast audience through its inclusion on Guitar Hero 3 and subsequent games.

Here, guitarist Herman Li explains how a ‘kitchen sink’ (and flushing toilet) approach led to the band's most iconic and recognisable song…

“This was back in early 2005 and we were making our third album. It’s an important album in developing your sound, and we were just throwing everything including the kitchen sink into every single song. We thought, ‘What do we like?’ It had to be big and over the top and have six guitar solos. We were writing songs with no boundaries. At that point in time everyone hated guitar solos and I’d like to think we played some part in that.

“The funny thing is we approach every song pretty much the same when we’re making an album, so we never said Through The Fire And Flames is going to get more attention or be better than the other songs. They all get equal treatment but somehow this song did ring a bell with us; that’s why we made it the first song on the album and made it the first single and video. I think that heartbreaking chorus has something to do with it. That ‘So far away…’ line has become sort of a DragonForce meme as well, because we’ve used it so many times. Basically the words ‘far away’ just work well with all kinds of melody. There’s also an element of those fantasy-themed lyrics that can also be applied to real life. ‘Through the fire and the flames we carry on,’ is a powerful sentiment that a lot of people got into, I think.

“There are also some unique sounds on that song that were important for DragonForce. It actually starts with an acoustic guitar, which is unusual because we’re known for fast electric guitar. We were trying to create weird sounds and in one experiment we were flushing a toilet and holding a guitar against it so the pickup was vibrating from the flush. That didn’t quite make the album, it wasn’t as interesting a sound as we’d hoped. I’m not sure what the hell we were doing in some of it, but we did come up with the Pac-Man sound in Through The Fire And Flames – just before the guitar solo kicks off - which has become a very famous guitar sound now.

“Another interesting thing is that a guitar string broke during the recording of the song and that stayed on the album. The last ‘WEE-OWW’, like a whammy bar pull, the string actually broke on there. The string broke because at that time we still had to pay for our own guitar strings so we’d avoid changing them! The ones for the solos we’d change, but the guitar we made the noises on, we didn’t bother changing the strings. I think we didn’t change them even after recording for six months.

“It took six months to record the album and we pieced the songs together, so Through The Fire And Flames came together over that whole period. It takes a long time to make those solos and the harmonies. Just on the beginning intro itself we had three lead guitars, two rhythm guitars and the acoustic before the singing even starts.

“It ended up on the Guitar Hero game but by that time we’d done three headlining tours in the U.S., as well as the main stage at Ozzfest. I think we were on the verge of something, but it did add an extra boost of course, and it made us kinda mainstream. We did the Ellen DeGeneres TV show, we have a Platinum record for Through The Fire And Flames in America. We still always get asked to play it on Guitar Hero when someone’s setting an interview up. They try to force us because they think it’s funny to see us fail.

“Through The Fire And Flames was also the first music video we ever made. The budget was low, I think it was about €5,000 and the drinking on there is real. We filmed until about midnight, and by 10pm Sam [Trotman, guitar] was so bored he started drinking. We were doing the guitar solos last as a separate scene and the director was going, ‘Yeah, keep drinking, just do your thing.’ So drinking and shredding has become another DragonForce thing. It was cut down to five minutes but the funny thing is we actually played the edited version on Ozzfest. We got maybe 25 minutes and that’s three songs for us, so we played the edited version.

“There was a point where I got bored of playing it but I’m back into the song now. You know what, it’s better to have a massive hit song that people want to hear than to never have one at all.”

DragonForce's notoriously difficult Through The Fire And Flames at 165 per cent on Guitar Hero? Er, count us out.

Here's A DragonForce Cover Song Made From Farts

More Bands Have Been Added To The Kerrang! Signing Tent At Download Festival 2018

You're in for a treat!

Some cracking riffs in this!

Sinsaenum: The Story Behind The Band Part 2