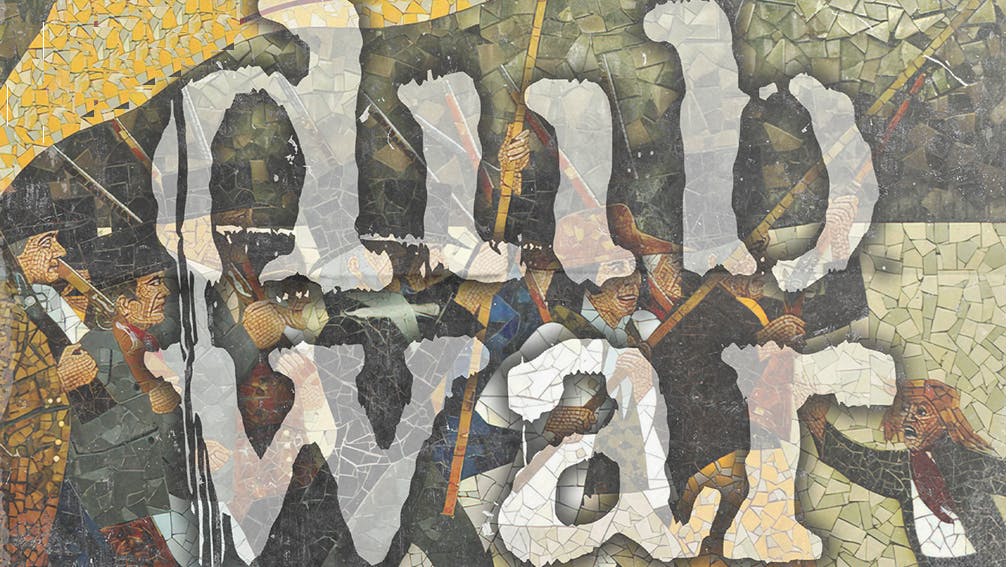 Before Benji Webbe took his Newport helicopter to the skies with Skindred, he was already mangling expectations with Dub War. No-one clashed sounds and styles in quite the same way in the mid-’90s, but the band dissolved amidst label troubles, leaving Skindred to take up the baton. Now the originals are back, with their first new album of original material in more than a quarter of a century.

There’s a recognisable style at play for fans of what remains Benji’s day-job, not least because of the frontman’s vocal acrobatics. There are also distinct differences though. Skindred would go on to incorporate more styles but still sound somehow more focused and well-drilled. That isn’t to say there’s anything slack about the playing on here. The three core members know their jobs and the drum seat is filled by a host of guesting luminaries, including Roy Mayorga (Stone Sour, Ministry, Amebix), Faith No More's Mike Bordin and In Flames' Tanner Wayne. There’s no sloppiness, but there is a looser punk rock energy and sense of fun.

That certainly comes through on the pure punk thrust of Art Of War , the frantic mash-up of Vibes In The Place and the quick-stepping cover of War Inna Babylon by Jamaican reggae legends Max Romeo and The Upsetters – which also features the last recorded performance from guest vocalist Ranking Roger of The Beat. There’s righteous anger too in the likes of former single Blackkk Man but it’s all wrapped in pure positive energy and melodies that don’t know when to stop. All in all it’s not an essential album but it is a hugely enjoyable one and it’s good to have them back.

Westgate Under Fire is released on August 5 via Earache