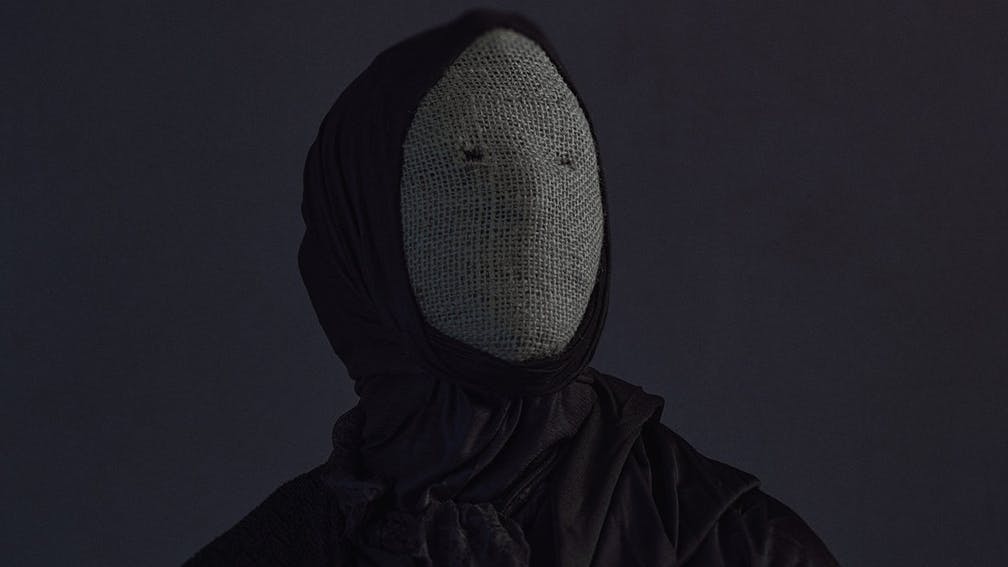 Last spring at Roadburn festival, prolific sludgemongers Thou joined forces with dark-folk singer-songwriter Emma Ruth Rundle for a collaborative performance. The specially-commissioned piece was a part of Thou’s residency at the festival, but so affecting was the music, it couldn’t only exist as a brief moment onstage, and has since evolved into the seven-song epic May Our Chambers Be Full.

Artists in the truest sense of the word, Emma and Thou exist as two of the most respected names in the underground heavy music scene, yet their music is resoundingly disparate – with Emma’s post-punk passages on one side, and Thou’s devastating doom on the other. But their combined power is just that: a combination. This isn’t Thou with a new vocalist; these chambers contain an entirely different beast.

In fact, the record owes more to their shared love of ‘90s alt.rock than crushing doom and gloom, although the record is awash with a palette of darkness. On the surface it’s not your usual Seattle sound, but there are grunge sensibilities and shimmers throughout, managing to be both claustrophobic and expansive, bolstered by four guitarists laying down a cacophony of riffs.

Opener Killing Floor fades in with an ethereality and Emma’s warming vocals, backed by Thou’s Bryan Funck’s glass-gargling screams hanging somewhere in the netherworld. A world away from the punishing metallic slabs Thou often lay down, it’s a celebration of the vulnerability in heaviness, as riffs thrum and throb to create something beautiful, before transmogrifying into discord, with Bryan’s throat-wrecking wails scraping like barbed wire on your ear drums. He is, without a doubt, one of the most underrated vocalists in metal.

But despite Thou’s doom pedigree, a flurry of sub-four-minute punches propel the record forward, hitting you like tidal waves of existential dread. The rumbling riffage of Monolith (with Thou’s KC Stafford taking up vocal duty) ploughs a furrow from which Out Of Existence grows, chugging and pounding with a grimace, as Bryan roars with the cascading guitars, before Emma rejoins the fray, showcasing that perfect duality of tenderness and terror, following on into the breathless desperation of Ancestral Recall.

While this may sound quite heavy going, May Our Chambers Be Full is one of Thou’s most accessible records to date – it’s certainly an easier listen than their 2015 collab with The Body. There’s plenty to latch onto, whether it’s the neck-rending riffs, the snarling/soaring vocals or just wanting to vibe out and let the darkness envelope you; it’s a display of artistry, the antithesis of bands who just want to game the Spotify system with two-minute bangers. Painstakingly created in 12-hour practice sessions across months and cities, seven musicians working toward one goal has been well and truly achieved.

Anyone looking for a simple verse-chorus-verse structure will be out of luck, as form is nothing but a myth here, with catharsis being the only dietary requirement. The hypnotic Magickal Cost teases its cataclysmic drop for what feels like eons, flirting with trancelike Pink Floyd-esque guitar inflections, before the eventual, monumental hook, pulsating harder and harder, until the full artillery of four guitars, three vocalists and a penchant for punishment comes crashing in like a tsunami.

The formidable pairing of Bryan and Emma lifts the record from murkier depths, delivering repeated sledgehammer blows, elevating the mesmeric dissonance of Into Being to something spiritual, while the emotional rush the hulking dual vocal attack on nine-minute closer The Valley leaves goosebumps long after the record fades out and floats away like a leaf on the water. But it won’t be gone for long, before you know it you’ll be stepping back into this vast ocean of wonder and woe, wading deeper each time.

For Fans Of: Chelsea Wolfe, Neurosis, Cult Of Luna

May Our Chambers Be Full is released on October 30 via Sacred Bones.

READ THIS: Thou and Emma Ruth Rundle: Existential dread, community and what it means to be heavy