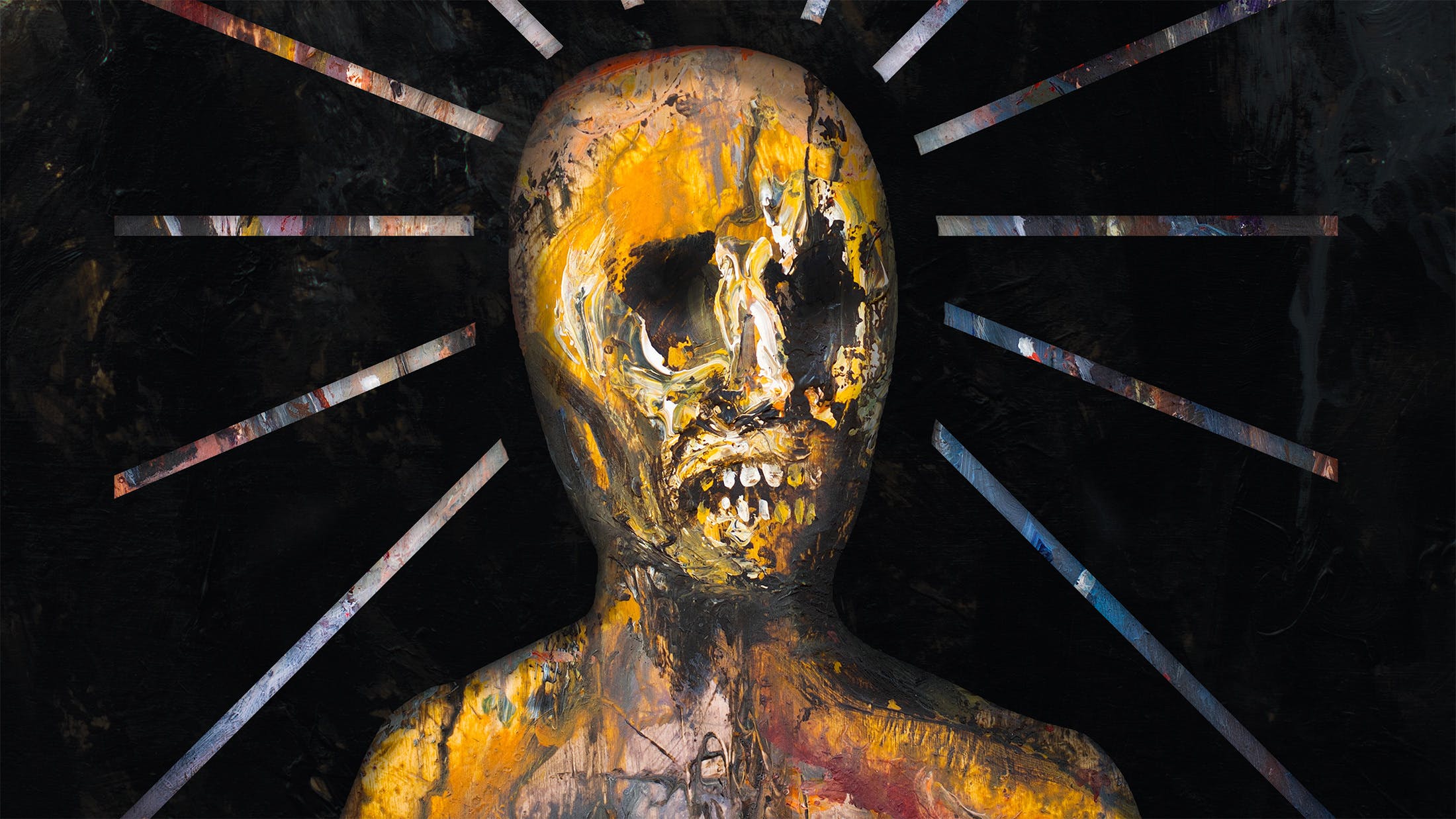 If recent events have left you searching for a soundtrack to fit the times, hardcore supergroup END might just have provided it. Splinters From An Ever-Changing Face – their debut full-length following aptly-titled EP The Unforgiving Arms Of God – is a primal howl of distilled rage and anxiety. It sounds like a year’s worth of catharsis fed through a distortion pedal and shaped into a dense, destructive wrecking ball of noise.

Supergroups can often be self-indulgent affairs but END are sharply focused and sound like far more than the sum of the project’s individual parts. If you’re unaware, the band features Counterparts frontman Brendan Murphy and Fit For An Autopsy guitarist Will Putney, along with past and present members of Misery Signals, The Dillinger Escape Plan, Shai Hulud and Reign Supreme. That’s quite the underground CV, and the musicianship is every bit as drilling and well-honed as you might expect.

It’s a concise album – with 11 tracks squeezed into around 34 minutes – but despite the compact running time, every single track explodes from the speakers and sounds absolutely immense. Opener Covet Not sets the pace as it roars into life on a furious blastbeat and off-kilter roar of a vocal. The intensity never lets up throughout, but that doesn’t mean the songs all hit the same. Pariah has a slower build with an awesome chugging riff shot through with juddering math-metal scales. Absence brings in a feral black metal feel while The Reach Of Resurrection is around two-and-a-half minutes of untrammelled hardcore aggression.

At this point we’re not even halfway in but it’s already exhausting – in an entirely positive way. There has also been zero repetition, despite a sound that is both recognisable and cohesive. The sheer heaviness provides an initial impression of relative simplicity but there’s a lot going on underneath; fearsomely propulsive rhythmic thrusts, sudden time changes and structures that aren’t always as straightforward as they seem.

Lyrically they err towards the darkly poetic and frequently unsettling side of the spectrum. ‘Through a storm of ash my preferred poison rains / Collecting on pale skin like frost / Clung to forked tongues until there’s nothing left,’ Murphy grows on the monolithically heavy Hesitation Wounds. It’s frequently oblique but evocative of pain, chaos, confusion and reaching a very real breaking point. It’s a relentless album that turns vicious ugliness into something quite beautiful and right now it sounds like exactly the album we need.