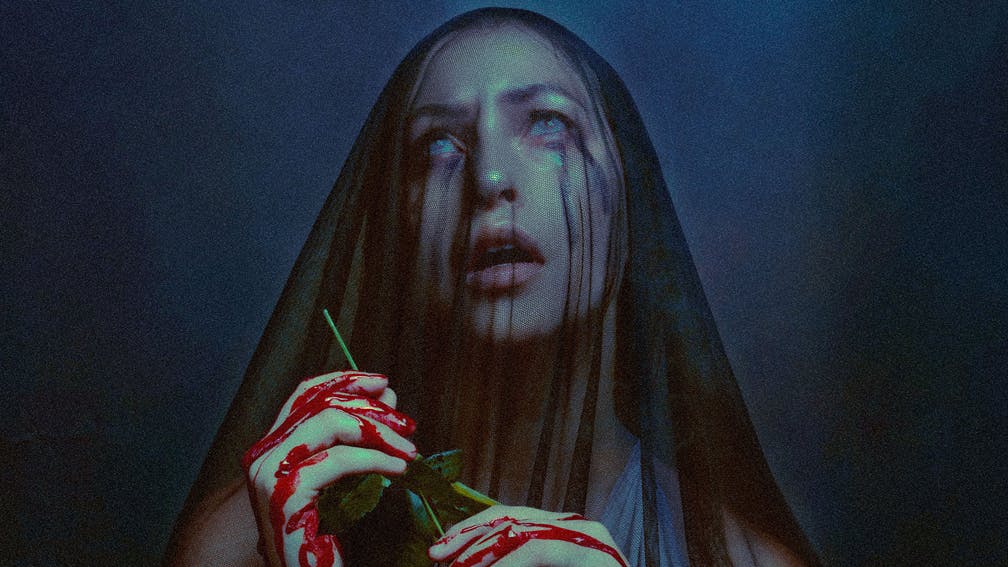 Over the course of the pandemic, Fit For A King frontman Ryan Kirby found himself in a dark spot. He and his wife adopted her niece and nephew, a pair of children whose lives so far had involved an "abusive family", as well as, "multiple shelters and 17 different foster homes before we were able to start fostering and later adopt them." Shortly afterwards, his wife suffered a stroke, almost dying. For the first time, Ryan was forced to countenance the idea of a life without her, realising at the same time "how ill-equipped I was to deal with true tragedy".

As a learning curve, it was a steep one. Mercifully, Mrs Kirby recovered, and the experience has had the effect of making one stronger. "Once I looked the beast in the eye, it fell apart," he says. "I needed to use those tools to deal with these demons instead of ignoring them.”

The vessel into which Ryan has put the myriad emotions of this time is The Hell We Create. It's a record that doesn't much break the mould sonically, a framework built on Parkway Drive muscle and the odd Bring Me The Horizon-ish chorus, but it's sturdy enough to weather the storm of its creation.

As such, surprises are few, but it hits hard in all the right places. The opening title-track stomps and shouts, before bursting into a melodic passage, while Sink Below picks up the pace into faster territory, and Times Like This throws in some Trivium-like twin-lead guitar. When they marshal it properly, they have the energy of a wrecking ball heading toward a house of cards, which almost helps overlook how indistinguishable they occasionally are from Parkway, down to the eerily Winston McCall-ish vocals.

The Hell We Create isn't the most original album, but what's important is what's gone into it. And in that sense, of having a place to put the vagaries of life and the world and to funnel off the darkness away from a place where it can pull you down, it does its job admirably.

For fans of: Parkway Drive, Bring Me The Horizon, We Came As Romans

The Hell We Create is out now via Solid State

Read this: Fit For A King’s track-by-track guide to new album The Hell We Create