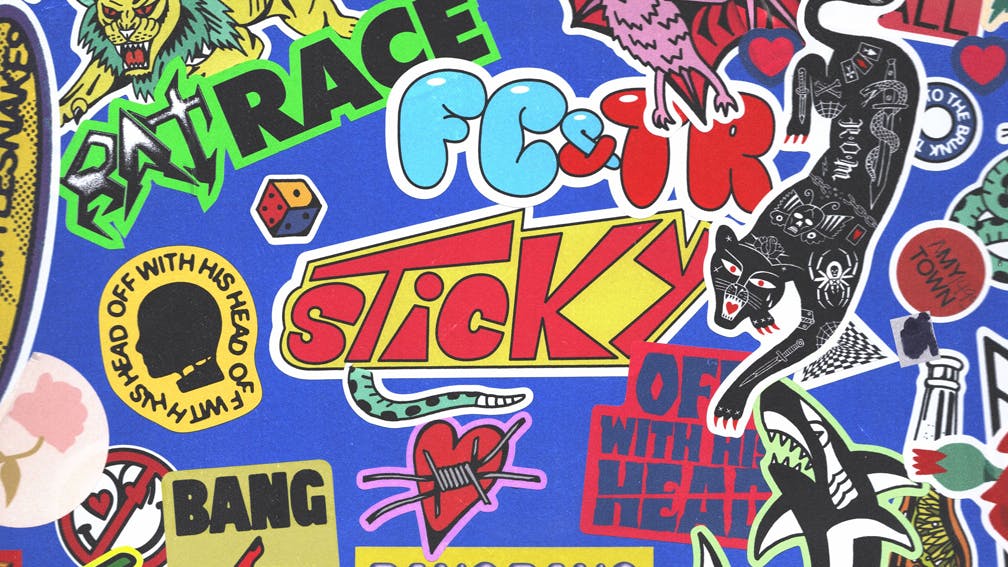 As a songwriter, Frank Carter is no stranger to taking the temperature of the world around him. It is not unexpected, therefore, that events since 2019’s End Of Suffering have inspired an album that throbs with anger, frustration and wild abandon.

How many times over lockdown did you fantasise about absolutely losing your shit the next time you finally made it to a gig, a club, or even just your local boozer? Sticky is a record that understands this urge, its opening title-track a swaggering release of pressure that captures the fizzy, visceral thrill of a return to hedonism. The yobbish bounce of Bang Bang and Take It To The Brink celebrate the mood-enhancing effects of excess without ignoring the resultant comedown, reflecting the reality of life as experienced every weekend across the country. And Go Get A Tattoo is as straightforwardly fun as anything to which Frank has put his name.

If all of this makes Sticky sound rather cartoonish in comparison to Grey Britain, the Gallows album which remains the most potent state-of-the-world address in Frank’s back catalogue… well, it is, and from the lairy beats to the brightly-coloured artwork it’s clearly a deliberate choice. But this doesn’t make this a record lacking in grit or social commentary. Rat Race tears into the venal opportunism of politicians who used the pandemic to increase their personal wealth; Off With His Head opts for anthemic uplift over snarling punk rock without dulling the power of its anti-patriarchal message. Most effective of all, My Town finds Frank bonding with IDLES frontman Joe Talbot over the common ground of urban decay and men who can’t talk about their feelings.

With a shared worldview and only four months separating their dates of birth, this particular duet seems so head-slappingly obvious it’s almost weird that these two haven’t crossed paths on record before. But Sticky pulls a brace of other collaborators into the Rattlesnakes’ orbit, with guests across the age spectrum joining Frank and musical partner/producer Dean Richardson. Primal Scream’s talismanic leader Bobby Gillespie, a man with notable form when it comes to dance-punk, shows up on album closer Original Sin, lending extra gravitas to its Biblical-sounding lyrics. Appearances elsewhere from rising stars Lynks and Cassyette broaden the album’s perspective and appeal, while also offering a reminder that Frank, far from being the outlier he sometimes appears, has influenced a swathe of younger artists, echoes of his iconoclastic style both audibly and visibly evident in the likes of YUNGBLUD and Slowthai.

Key to all this, and indeed to everything he does, is Frank’s honesty, and there’s still room on Sticky for some more personal songs about affairs of the heart. Cupid’s Arrow matches a tale of lust and anxiety with one of the album’s catchiest hooks, while Cobra Queen is a love song as poetic as it is punchy. Not bad for a record which also features two consecutive songs that mention people having their teeth smashed in. But this dichotomy sums up the man and this fearless album, an absolutely banging document of the last two years that will resonate far beyond his existing audience.

Sticky is released on October 15 via International Death Cult