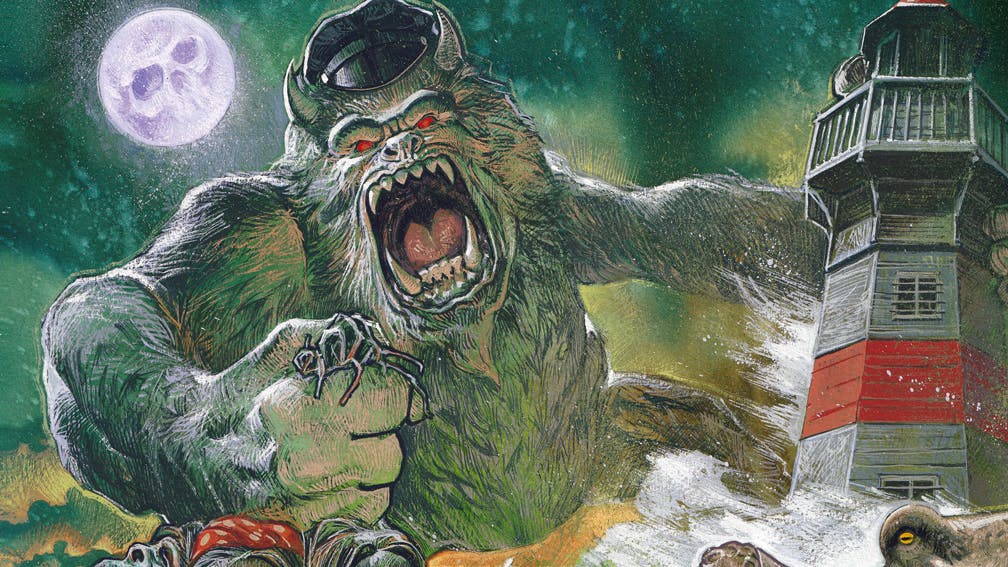 What’s this foaming in the cold, briny deep, flailing wildly with a copy of Moby Dick clutched in one tentacle, a corn cob pipe clamped in its teeth and a whole sack of ‘80s VHSs to reference? Of course it’s Gama Bomb. On this seventh album, the Irish thrash goofballs are older, but exactly zero per cent wiser, as they tell a tale of sailors on the S.S. Gama Bomb going mad at sea as they hunt for the 'Gamabominable' snowman. There’s also a song called Judo Killer, and another called Ready, Steady, Goat!. And God bless them for it.

If all [makes wide hand gesture into the cold Covid-y winter] this is getting to you, Gama Bomb are the perfect, banterous distraction. ‘Yeah, maybe I like explicit lyrics,’ mugs frontman Philly Byrne on the superbly-titled She’s Not My Mother, Todd, reeling off a shopping list of other forbidden fruits before asking the ultimate question: ‘What are you gonna do about it, Poindexter?’ And so it goes, refusing to have any kind of straight face as the band bust through Sheer Khan, Rusty Jaw and Miami Super Cops (‘They’re no regular Super Cops, they’re… Miami Super Cops’).

It helps immensely that all this horsing around is really, really funny, but even more that they somehow know more about knockout thrash riffs than they do about Arnold Schwarzenegger, and these songs are deadly enough on their own. And when topped with the larks and actually-very-clever-blokes-old-enough-to-know-better charm, Sea Savage becomes a particularly enjoyable riot. And, weirdly, emerging in such a dark time as it does – and delivering its massive, matey laughs and likeable silliness with the usual Gama Bomb twinkle in its eye – it’s an even more welcome proposition than ever. Never grow up, you loveable eejits.

Sea Savage is released on December 4 via Prosthetic.

READ THIS: The 25 greatest thrash metal albums ever

12 of the most uplifting songs about Satan

Bummed out by love songs? Need a pick-me-up from the ultimate evil? Here are 12 tracks about the Devil that are guaranteed to make you smile…

What's wrong with being sexy?