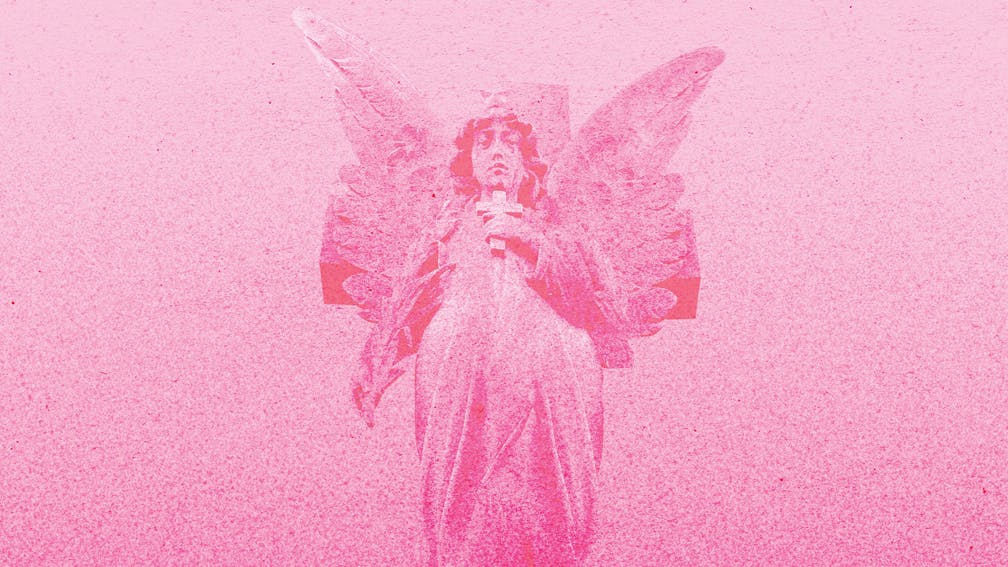 When Kerrang! conducted a career-spanning interview with Shirley Manson in early 2018, Garbage’s singer was in garrulous form as she identified the ills of a planet she’s occupied for 54 years and counting. “When the world gets scared, the first people they punish are the women,” she suggested, extrapolating on a wider point about the downturn in her band’s fortunes in the post-9/11 landscape. That her band have gone on to release a new album with a spiky opening track called The Men Who Rule The World should come as a surprise to no one, then. That Garbage should sound so imperious and relevant doing it is the more startling development.

Whether No Gods No Masters is Garbage’s most political album is up for debate. It certainly feels it, and wears its plumage more vividly than 2016’s excellent Strange Little Birds, but what it does have in common with its predecessor is the deftness with which it captures a rock band wielding experience like a sword and shield. Garbage have long since adopted a sleek strain of industrial-pop, levelling the quiet-loud-quiet dynamic in favour of something more cinematic (Waiting For God befits 007 even more than their actual Bond theme, The World Is Not Enough).

Not everything is in need of updating, of course. Shirley’s ability to fashion a variety of sharp vocal hooks within the course of the same song, without resorting to the obvious, remains a timeless gift. This is best illustrated by the Depeche Mode-meets-Nine Inch Nails stomp of Godhead, on which she’s both confrontational and vulnerable in the course of a whisper. This pours emotion, a welcome injection of anger chief among them, onto arrangements seemingly designed to be cold, which gives the been-there-done-that perspective of the lyrics even more bite.

No Gods No Masters is one of the coolest, most vital releases of 2021, let alone one by a band some 30 years and seven albums into their career. Listen and learn.

No Gods No Masters is released on June 11 via BMG.

READ THIS: Butch Vig: "I looked at bands like The Beatles and Led Zeppelin as these untouchable rock gods… But when punk came out, I thought, ‘I could do that’”

Garbage’s Shirley Manson: “Being human is to be messy. If you think you’re above all that you’re in deep, deep trouble”

As Garbage unveil their first new album in five years, No Gods No Masters, Shirley Manson talks getting political, cancel culture, and why speaking up is more important than ever…

Watch the video for Garbage's new single, No Gods No Masters

Garbage have released the title-track – and accompanying music video – from their upcoming seventh LP, No Gods No Masters.

Garbage have shared the opening track from their upcoming seventh studio album, No Gods No Masters.

Butch Vig: “I looked at bands like The Beatles and Led Zeppelin as these untouchable rock gods… But when punk came out, I thought, ‘I could do that’”

Legendary producer and Garbage drummer Butch Vig looks back on a life in alternative music with Smashing Pumpkins, Nirvana and his 5 Billion In Diamonds project…