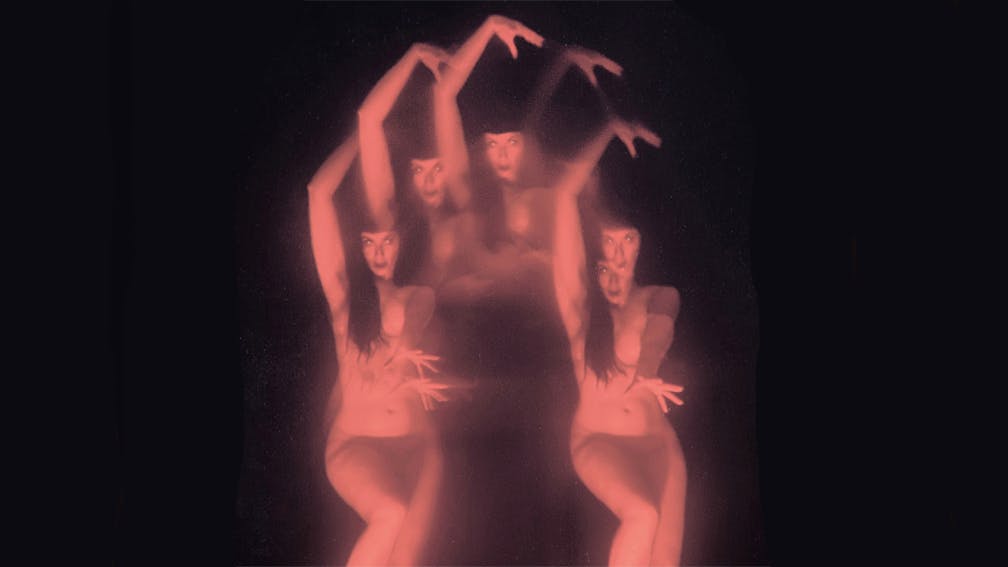 James Lollar – GosT here – has always sat rather strangely in the world of synthwave. While the ’80s synths and video game references have always been a key feature of his sound, so too has a harsh, metallic darkness, often landing him away from the neon light warmth of contemporaries like Carpenter Brut or Perturbator, in the alley outside the club. In the case of Rites Of Love And Reverence – from its haunting artwork to titles that evoke a sense of folk-horror (Burning Thyme, Blessed Be, Coven), to its lyrics detailing a history of violence and persecution against women – there’s a conceptual look back to an even older time as well, not the retro-future of Blade Runner, but to a world of witchcraft and old magic.

“It’s mainly about how witchcraft has affected women throughout history,” he explains. “Witch trials and the subsequent executions throughout the ages terrify me. I fear, as a society, we are always on the verge of such horrible psychosis based on the misunderstanding and intolerance of one another.”

GosT have not delivered this examination as an ancient folk album, though. These stories are told against a backdrop of curdled synth-pop, grinding industrial and pale electro-goth. On The Fear and November Is Death things are all very Human League, but Bound By The Horror lets rip on a filthy bass note and juddering, disorientating drum loops, while Embrace The Blade is like Type O Negative remixed. Though one might expect an abundance of ’70s horror movie organ to make its conceptual point, that it steers away from such expected motifs is actually quite refreshing, and entirely to GosT’s credit.

Rites Of Love And Reverence continues the work of 2019’s excellent Valediction, which saw an easing up on the brickwalled aggression and aggro of earlier works into something deceptively charming. The more digestible goth elements are a lure, a way in to a trap of something far darker. The premise might sound a familiar one – especially if you’re a doom fan – but GosT remains an artist with a dark little corner entirely of his own.

Rites Of Love And Reverence is released on August 13 via Century Media.

READ THIS: How Perturbator taught a generation of metallers to dance

GosT Is Making Synthwave With A Warm, Beating Heart

On his upcoming new album, synthwave pioneer GosT brings an organic soul to the genre he helped create.