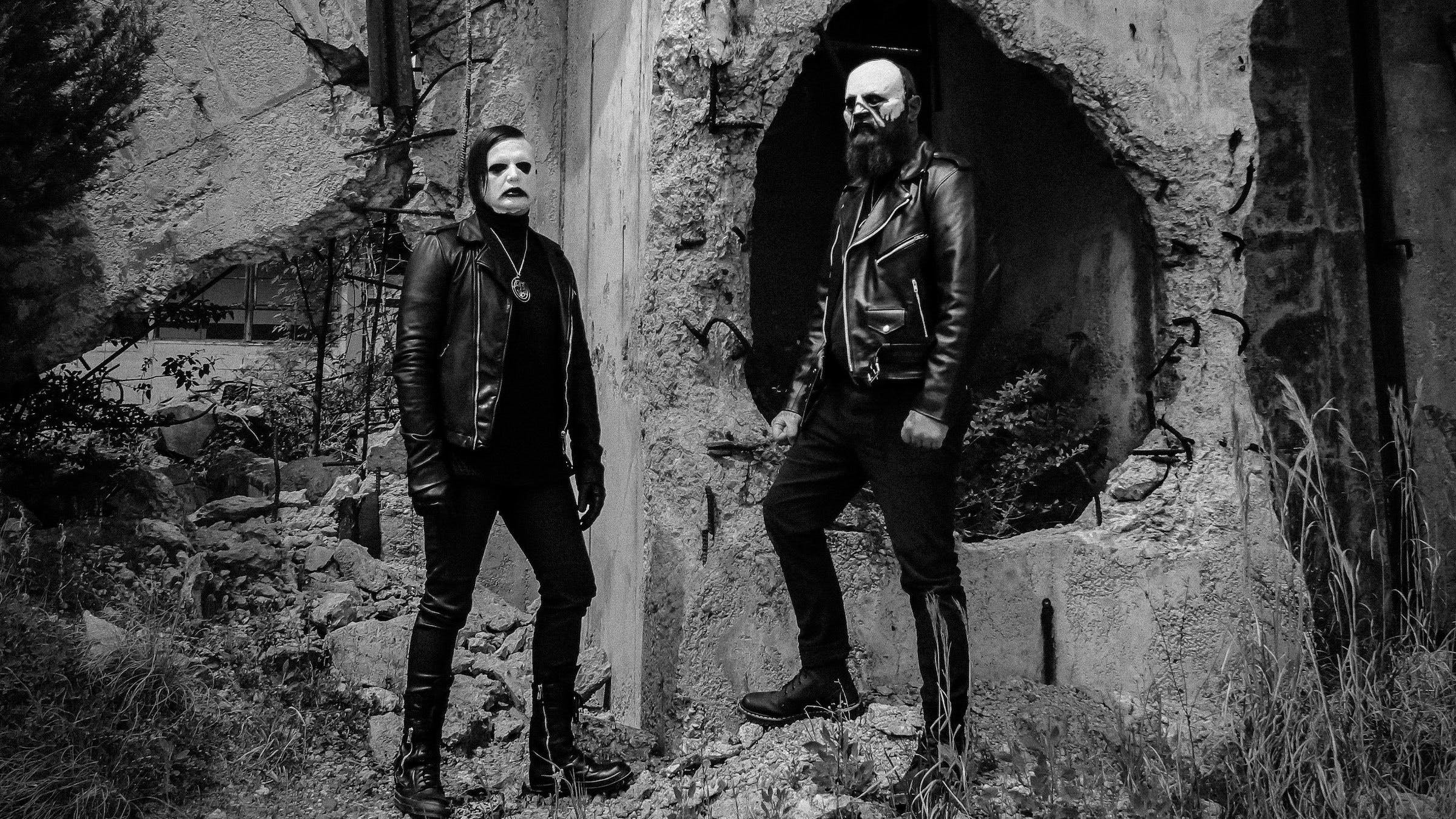 Expressing emotional truth through music seems like an obvious move -- but for GosT, being that open is a little harder than it looks. As one of the pioneers of the now-massive dark synthwave genre, the producer previously operated with a certain level of detachment, both in his subject matter (which usually focused on demonic fantasies and horror scenarios) and in his creative process (which up until now was all about home-recording entire albums). But for their new album Valediction, GosT not only worked with an outside producer, but also took a more personal, introspective approach to the songwriting process -- both of which were things he wasn’t immediately comfortable with.

“Even after it was finished, it took me a solid month until I could come around and said, ‘All right, I can fuck with this,’” laughs GosT (AKA Baalberith) over the phone from his home in Texas. “I said I didn’t want everything my way, but once I was done with it, I wanted everything my way! Nobody notices the shit that I notice. But it’s all good -- I think it was good for the project, in the end. I think I needed to start fresh with this new record, because it’s different from everything else that I’ve done.”

He's not blowing smoke. Co-produced by Jaime Gomez Arellano (known for his work with extreme metal acts like Paradise Lost and Primordial), Valediction has plenty of the ominous drones and danceable accents that fans of GosT have always loved. But at the same time, the songs thereon have more traditional structure than those that came before it. Tracks like Bloody Roses and Wrapped In Wax feel less like electronic sprawls, focused more tightly around GosT’s vocals. The result is less of a synthwave album and more of an organic goth album, with hard overtones of Depeche Mode and The Electric Hellfire Club echoing throughout.

For GosT, that shift felt risky, but also provided a refreshing break from a genre that now has its boundaries firmly defined.

“I think you’ve gotta be careful with trendy genre fucking bullshit,” he says, “because the audience gets saturated and it becomes a fucking joke of itself. Not all synthwave is, but there’s definitely a part of the genre that has become completely ridiculous to me. And I wasn’t conscious of trying to totally separate from that...because I don’t think the project was ever that.”

It’s easy to think of you as sitting at home, crafting beats on a computer -- is that the case, or is a studio environment necessary for music with this many working parts as this?

It’s usually just me at a computer -- I used a laptop for this record. We were touring all last year and earlier this year, so I wrote most of that on tour, and then I did vocals at home. But we finished out the recording at Orgone Studios with Jaime Gomez, and that was the first time I’ve done that. We did vocals, we remixed everything and re-amped some shit, just to give everything a fresh sound. I’ve produced everything up until this point myself. So that’s the first time I’ve gone into the studio with this project, but I’ll definitely do it again.

READ THIS: How Carpenter Brut are revolutionizing heavy music at the forefront of the synthwave insurgency

What did Gomez bring to the table on this record?

He comes from sort of a live band recording aspect, so instead of everything being completely fucking squashed or compressed to death, there’s an actual waveform. You can really hear the parts of the songs apart from one another. And I think it adds a lot to the heavier tracks -- they’re more organic. We used a lot of analog gear, and it really warmed everything up. It’ll make it more listenable, maybe, for people -- I’ve had comments in the past that it was too fucking compressed, caused fatigue, whatever. I really think it added a dynamic -- just making me sort of uncomfortable. If I don’t work with Gomez again, I’ll work with someone else on the finishing process. Especially with vocals -- there’s only so much I can do in my living room, as far as polishing that shit without complete isolation.

Did that add to the changes on the new album? What about Valediction is most different from your previous work?

It’s just extremely vocal for me -- that’s the main thing, and I think people will notice that. And I experimented a lot more with throwing a bunch of different genres into one track rather than separating the tracks into one being heavy, one being post-punk sounding. It’s just a mixed bag of tricks, in my opinion.

Is there a lyrical concept, a la the Paradise Lost theme behind 2016’s Non Paradisi?

It’s more of a personal record. I’ve left most of the religious shit I was using behind -- not totally, it’s still in there, but it’s more from a personal level rather than a fantasy, I’m-just-a-demon-from-hell-type story. This is definitely a lot more stream-of-consciousness in the lyrics. The religious stuff on this album is sort of more about how I react to it personally.

Was that difficult -- being more vulnerable and personal when it came to your subject matter?

In the first couple of tracks, it was just the way things were coming out when I was writing them down. As the album progressed, it definitely got more personal, but I didn’t start out with that idea at all -- it just happened naturally over the writing process.

Will that organic approach be reflected in your live show?

I just added a live bass player to give a live vibe to the whole thing. We’re trying, in 2020, to get a live drummer. I want the stage show to progress with the music -- I want it to get bigger and better, so people can enjoy themselves more. As an electronic artist, it’s a lot harder to get people to pay attention the way they would to a band. With a band, if you have a banner and play well, people will watch. With an electronic artist, you need stupid fucking syncopated lights, to be completely over-the-top, before people even fucking notice.

Since you first came onto the scene, synthwave and retrowave have become huge parts of popular music. Does that change how you view them? With this album, were you trying to separate yourself from that genre’s trappings?

I think it’s always changing, and in my opinion, yes, progressing. So I don’t hate any [modern synthwave artists], but I think you always need to be careful with associating with one topic or genre. I kind of put synthwave on the same level as nu-metal -- when it’s all said and done, the cliche and retro shit will not be fondly remembered. You know how you remember nu-metal -- I know some of that shit’s sort of cool again now, but for a while, that was a dirty word.

As people steeped in the nu-metal revival, it’s interesting to remember how much everyone took a ‘Never Again’ stance in the early 2000s.

Exactly! I was 15 during that, and it wasn’t just that people were hating on it -- it’s that I realized, I dunno, screaming nursery rhymes is kind of lame!

On the opposite end of the spectrum, who are your peers? Who in synthwave right now do you consider fine artists?

For sure -- everybody I’m close with. Perturbator does his own shit, Carpenter Brut has his own thing he’s created. Gunship, as far as more on the retro side of things -- them and The Midnight. I think they’re being at least performing out live, doing bigger shows -- nothing but respect to those dudes for sure.

READ THIS: John Carpenter wants to score the next two Halloween films

GosT's Valediction comes out this Friday, October 4, on Century Media Records, and is available for preorder.

Catch GosT on tour this fall with Mayhem and Gaahls Wyrd at one of the dates below: