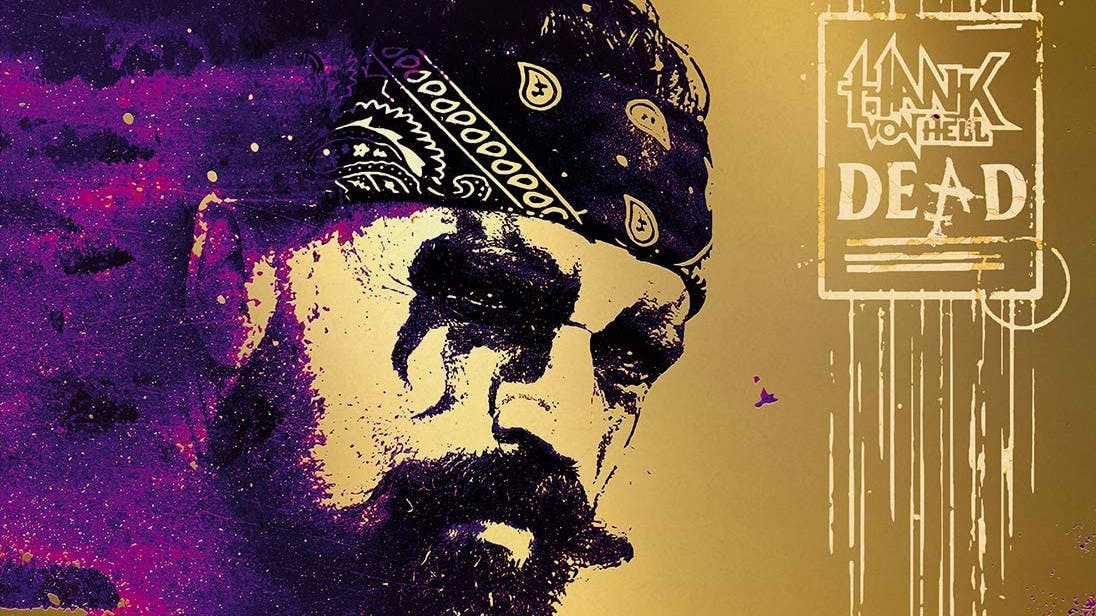 Jane's Addiction frontman Perry Farrell once told Kerrang!: “If your life is a bore, you’re going to end up writing about some bullshit you’ve never experienced.” If where we’ve been and what we’ve done is indeed creative currency then Hans Erik Dyvik Husby (aka Hank von Helvete aka Hank von Hell) is a very rich man. He was frontman of Norwegian death punks Turbonegro, blending raucous, irreverent tunes with a homoerotic aesthetic, and a desire for self-destruction in the name of art made more realistic by his increasingly debilitating heroin use. Hank subsequently quit Turbonegro, having kicked his drug habit with the help of Scientology, formed supergroup Doctor Midnight & The Mercy Cult with members of KMFDM and Satyricon, made films and musicals, fronted cookbooks, and exploded back into wider consciousness with 2016’s solo debut Egomania. It’s therefore safe to say Hank has lived.

That a man who’s come to appreciate life as a marathon rather than a frantic sprint into oblivion should call his new album 'Dead' is curious, though it’s a concept Hank ruminated over during those darker periods. So how did he survive those turbulent times? Well, according to opener Ad Conteram Incantatores, he didn’t (‘You can’t kill me, I’m already dead’).

For all Dead’s allusions to seriousness, though, sobriety and Scientology haven’t robbed Hank of his ability to turn suffering into sweaty revelry. Disco and Forever Animal are slabs of rump-shaking flamboyance, all hysterical guitars and dreamy Eurovision choruses, that wouldn’t sound out of place on Ghost’s Prequelle, which makes sense given they were co-written by Tom Dalgety, who produced both albums. More surprising, perhaps, is the presence of Sum 41’s Dave Baksh and Cone McCaslin on Radio Shadow, which the duo co-wrote. Given the Canadian pop-punks’ fascination with hair metal, however, it’s spiky verses and shout-along choruses are the result of a collaboration made in heaven, and hugely enjoyable. (Lest we forget, too, that Jackass’ Steve-O made an appearance in the video for Hank’s comeback single, last year’s Bum To Bum, so he’s got a thing for unexpected cameos).

‘Turn your sadness into madness’ Hank instructs us on stand out track Velvet Hell, which is as perfect a distillation of his philosophy on music and life as it’s possible to get. It’s put into practice by Dead’s pervading sense of fun, which cuts through on an album that’s grandstanding in its nihilism. ‘Pain is pleasure, taste it well’ he later sings on the same song. It’s easy to do so when the smorgasbord is as delicious as this.