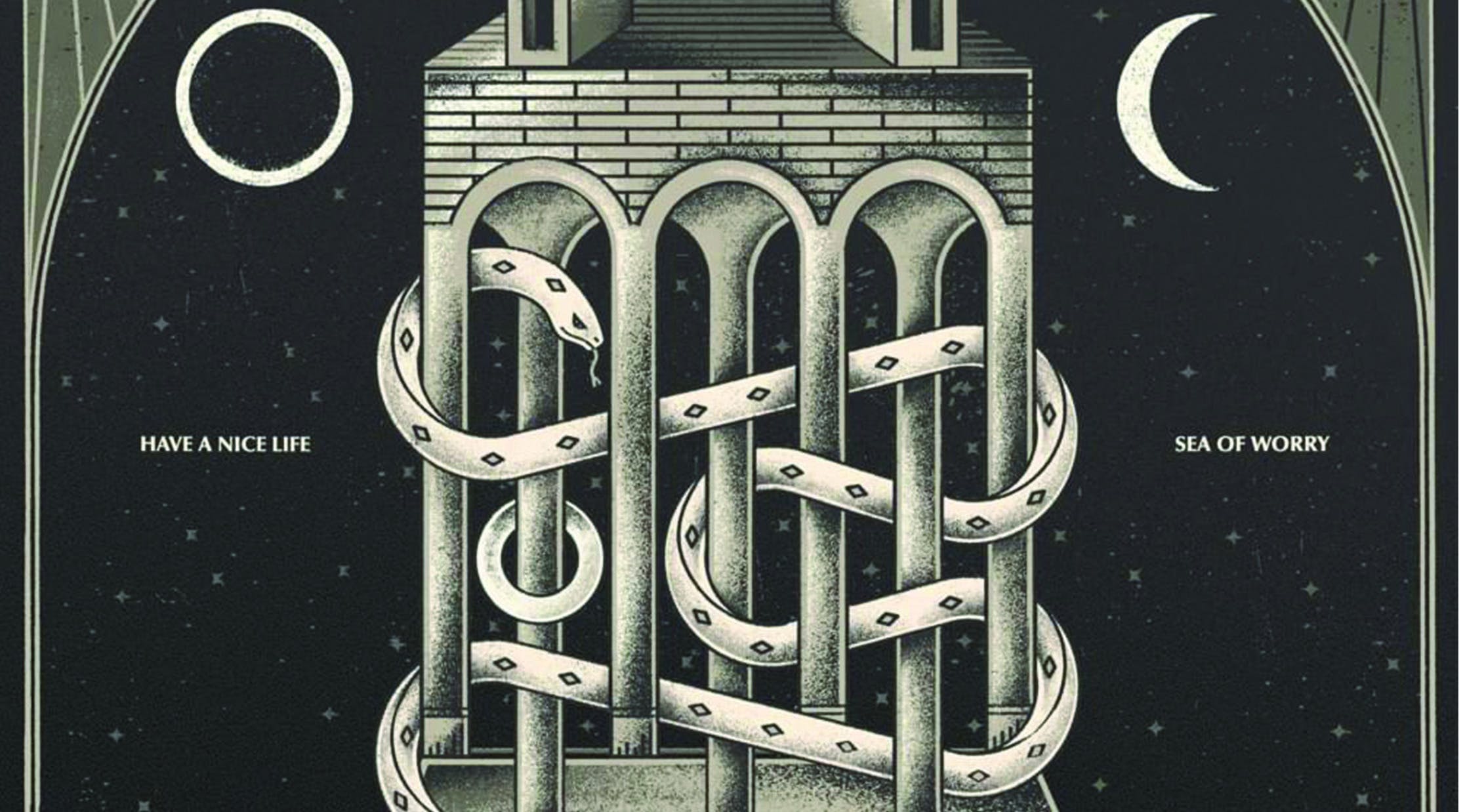 Have A Nice Life’s third album is more accessible than you might expect from the Connecticut shoegazers’ miserabilist reputation. Trespassers W sounds disarmingly like an alt-rock dancefloor smash, while the title-track and Dracula Bells both feature distinctive hooks amidst the post-punk gloom. For a band who aren’t averse to repetition, they’re also great at conjuring magical moments like the chiming guitars that pierce the centre of Science Beat just as it threatens to run out of steam.

Sea Of Worry’s second half is owned by more experimental impulses, with mesmerising drone and murky distortion to the fore. Only the 13-minute Destinos pushes things too far by sampling a lengthy chunk of a theological lecture justifying the existence of hell, a move which doesn’t exactly encourage repeat listens. Even that won’t repel HANL’s more obsessive fans, though – and most of Sea Of Worry will only serve to swell those particular ranks.

Have A Nice Life

Have A Nice Life Aren't Joking

Have a Nice Life talk about their devout Internet cult fanbase, the time Lil Peep sampled one of their songs, and their forthcoming new album, Sea Of Worry.