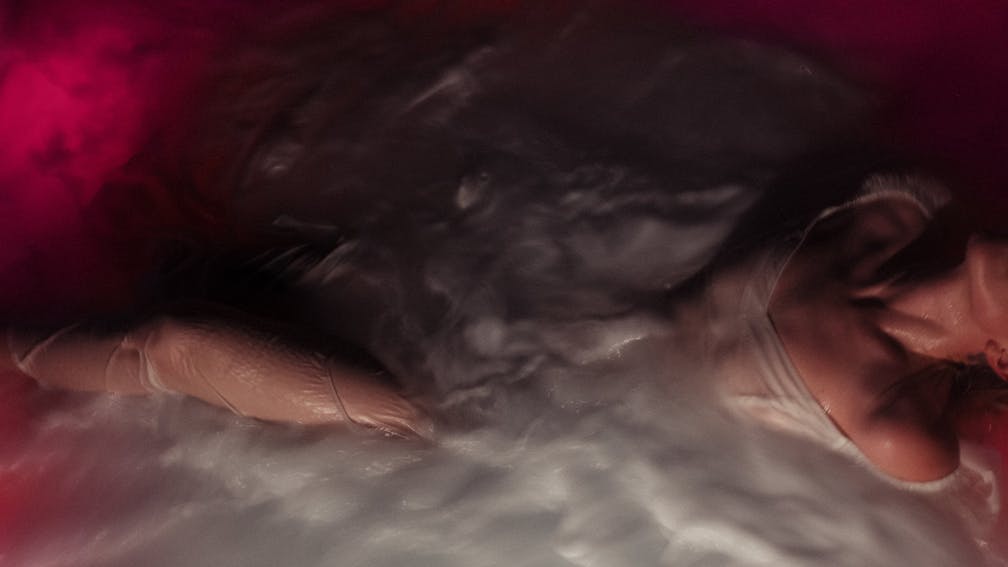 It is unsurprising that lockdown has proved a fertile time for some artists. There are, of course, those for whom the entire exercise is a block on the creative juices (which is nothing to be criticised for), but for others, the grey days, isolation and inertia have made their urges restless and persistent, not so much a matter of finding a way of filling the void as not being able to help yourself. See A.A. Williams’ forthcoming Songs From Isolation covers album, see Behemoth’s In Absentia Dei livestream from a church that had film-level production values, see Code Orange home-making a VR video. Now, see Hayley Williams playing and recording every part of FLOWERS for VASES / descansos herself in her house in Nashville.

Like last year’s Petals For Armor solo debut, here Hayley takes a more plaintive, introspective approach than in Paramore. Which is unsurprising, given the circumstances in which it’s been made, but it’s also not simply a case of lockdown blues. Given that descansos is the Spanish word for rest, usually referring to a cross placed at the site of an unexpected or sudden death, there’s clearly more beneath the surface here than COVID upheaval. As she says herself, being home for so long was actually what caused longstanding things to begin percolating and coming out.

“For me, there’s no better way to tackle these individual subjects other than holistically,” she explained with the album’s surprise release last night. “The ways I’ve been given time (forcibly, really) to stew on certain pains long enough to understand that they in fact, need to be released… indefinitely. I may never have been offered such a kindness; an opportunity to tend to the seeds I’d planted, to harvest, and to weed or prune what is no longer alive, in order to make space for the living.

“This isn’t really a follow-up to Petals For Armor. If anything, it’s a prequel or some sort of detour between parts one and two of Petals,” she added. “I had written a long and poetic press release but man, after 16 years of being in the music business, six albums, and a lot of ‘strategies’ for how to ‘roll-out’ a project the right way… writing more words in an attempt to describe better words I’ve written for the album at hand just seemed so boring and silly.”

What she’s delivered is a quiet, cosy set of slow-burning, peaceful numbers performed on acoustic guitar and piano, sung so softly that it’s occasionally hard to hear what she’s saying, but always sounds like the work of someone born to sing. But the lyrics do prove deeply reflective, often centring on loneliness, relationships and heartbreak – indeed, Asystole takes its title from a form of cardiac arrest from which it is often impossible to recover. ‘I don't live for you, I live for me / If only that were true,’ she sings, while elsewhere similar sentiments are repeated over and over. But in keeping with her description of the album as an opportunity to do a bit of emotional housework, it’s calm, confessional and reflective; not breaking down but glowing up.

FLOWERS for VASES / descansos continues what Petals For Armor started in showing just how much of Hayley Williams we still have to get to know as an artist. The Paramore question mark continues to hover, but here Hayley has once again shown that there’s more to her than one band.

FLOWERS for VASES / descansos is out now via WEA.

READ THIS: The rise, resilience and evolution of Hayley Williams