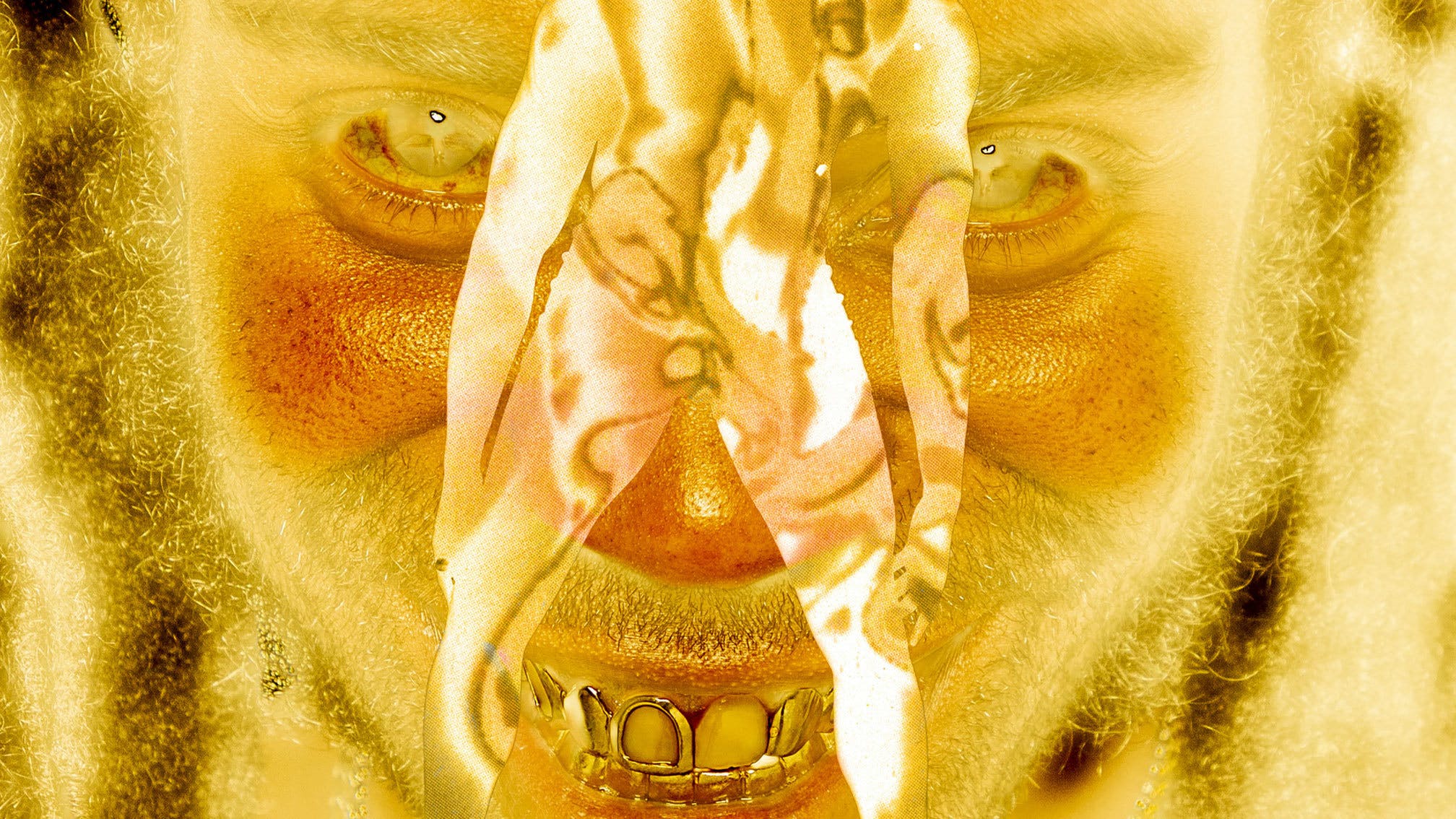 Even the most abrasive, unruly music can lose its potency if experienced in great enough quantities, right? If that’s the case, then Ho99o9 didn’t receive that particular memo. In the five years since the release of their debut, United States Of Horror, the New Jersey rap-punks have released two mixtapes, two EPs, and several singles of consistently bewildering and confrontational sonic assaults.

Hearing Ho99o9’s music, much like seeing the get-up worn by duo Yeti Bones and theOGM, is to experience familiar elements displayed in utterly unfamiliar ways. “You’re not going to be the same person you was 15 years ago, give years ago, 10 months ago, last week,” Yeti Bones reasoned during their K! cover story earlier this year. “It’s just a continuously growing process of the human mind.”

Thankfully, the minds displayed on SKIN are the same boiling cauldrons they’ve been for the past decade, albeit pouring forth their ire in slightly more measured ways. If there’s any degree of compromise that’s come from having made a record produced by Travis Barker through the ubiquitous drummer’s DTA Records label, then it’s in the employment of more discernible song structure. After the unwieldy assault of opener NUGE SNIGHT, the Ministry-esque BATTERY NOT INCLUDED feels positively anthemic, especially with its raspy, melodic island of calm partway through. BITE MY FACE has a similarly sedate section, which makes its return to explosiveness — and one of Corey Taylor’s most terrifying vocals in years — all the more effective.

If the Corey cameo is somewhat on the nose given that Ho99o9 sampled two Slipknot songs on their track Mega City Nine back in 2018, elsewhere there’s proof that collaborators of all kinds can successfully weave in and out of this noise. Rapper/poet Saul Williams, who’s worked with Nine Inch Nails several times, brings a sober dignity to SKINHEAD, acting as the Dr. Jekyll to Ho99o9’s marauding Mr. Hyde.

And, really, that’s SKIN to a tee: an album that cannot and will not stand still, or be quiet, or remain one thing for very long. In a world where many cushion themselves from ills with complacency, it’s good to have a record that’s ready to shake (and shit) people up.

SKIN is released on March 11 via DTA