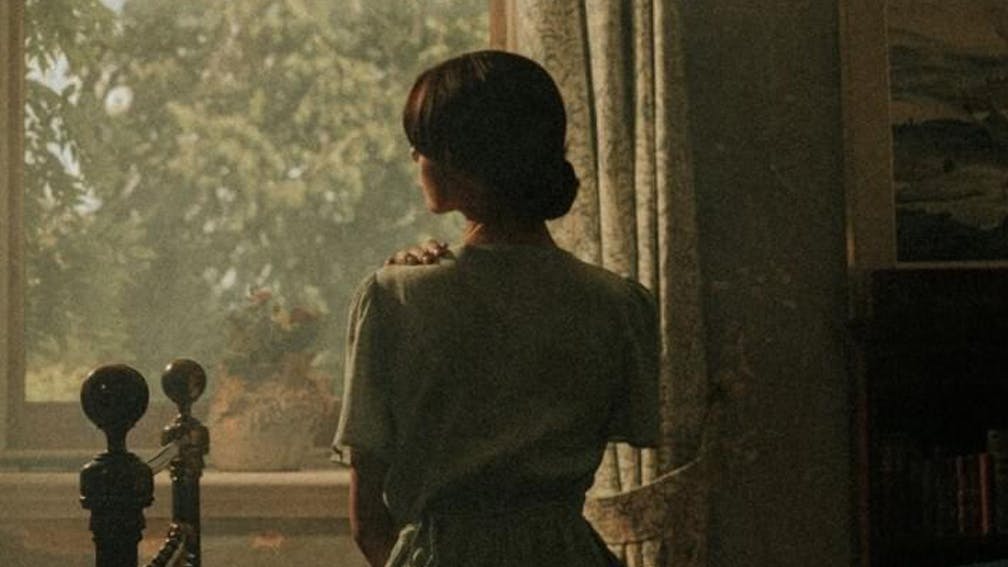 As we know, some bands buckle under the pressure posed by the second album. Is this where they’ll truly emerge? Will they build upon the foundations established by their debut, or tumble and fall under an expectation entirely of their own making? Holding Absence are not one of those bands, thankfully, with everything about The Greatest Mistake Of My Life screaming confidence, from its cinematic scope and aesthetic to its affirming tunes.

It’s also an illustration that while originality is important, it’s not the be all and end all. There’s nothing wrong with delivering something tried and tested if it’s done well, with the requisite affection for what’s come before and boatloads of your own passion. Given vocalist Lucas Woodland’s trumpeting of My Chemical Romance in his band’s March K! Cover Story, Holding Absence are more than aware they’re part of a tradition, representing the next generation of the scene, the emo flag in one hand and their beating hearts in the other. And like their heroes, they spare us none of the drama we all experience, instead embracing the indulgence of their platform to render it on the largest, most unignorable scale.

That’s because we only get one go at this, with Celebration Song providing the sound of existence coming at us fast, streaming past and urging us to grab hold. If life's going to hurt it should do so excruciatingly, and if we’re going to love, it should be to the fullest, as they’re the things that remind us we’re alive and there are stakes to being so. And conveying these ideas requires a voice that can wring out every moment of desire, disappointment, hope and loss. Lucas possesses such an instrument, whether breathlessly corresponding from inside the squall of Curse Me With Your Kiss, or the bellowing from the mountaintop that is Beyond Belief.

During the past year, many have tripped over themselves to label certain albums the perfect distillation of the times we’re in. The Greatest Mistake Of My Life is prime for consideration. At a point when our world has been reduced to the walls around us and our thoughts have turned inwards, to lives we may have only half lived before the pandemic began, it’s a document that reminds us not to short change ourselves and seek the happiness we deserve before it's too late. Nowhere is this sentiment more explicitly captured than Die Alone (In Your Lover’s Arms), which agonisingly laments a life spent with the wrong person.

The Greatest Mistake Of My Life is imbued with so much perspective for an album made by men so young. And yet for all the mistakes they’ve made and lessons they’ve learned, Holding Absence have emerged from it all, not quite unscathed, but somehow unjaded, on a mission to show others that feeling and failing are wholly acceptable and necessary. What’s more, with this second album, they've shown what putting your best foot forward sounds like, taking what you’ve learned, bettering themselves, and vaulting closer to their dream. These smalltown boys have big dreams and tunes to match.

For Fans Of: My Chemical Romance, Boston Manor, Normandie

The Greatest Mistake Of My Life is out now via SharpTone. Get your copy now.

READ THIS: The 25 greatest emo albums ever

Holding Absence and Alpha Wolf have teamed up for a new four-track split EP, with first single Aching Longing out now…

Holding Absence preview their Download Festival set: “You should never underestimate how profound performing at Donington can be”

The release of The Greatest Mistake Of My Life cemented Holding Absence’s status as one of the UK’s finest young rock bands. As they prepare for the biggest show of their career at Download, Lucas Woodland talks about the magical qualities of Castle Donington, and recalls the life-changing impact of last year’s Pilot…