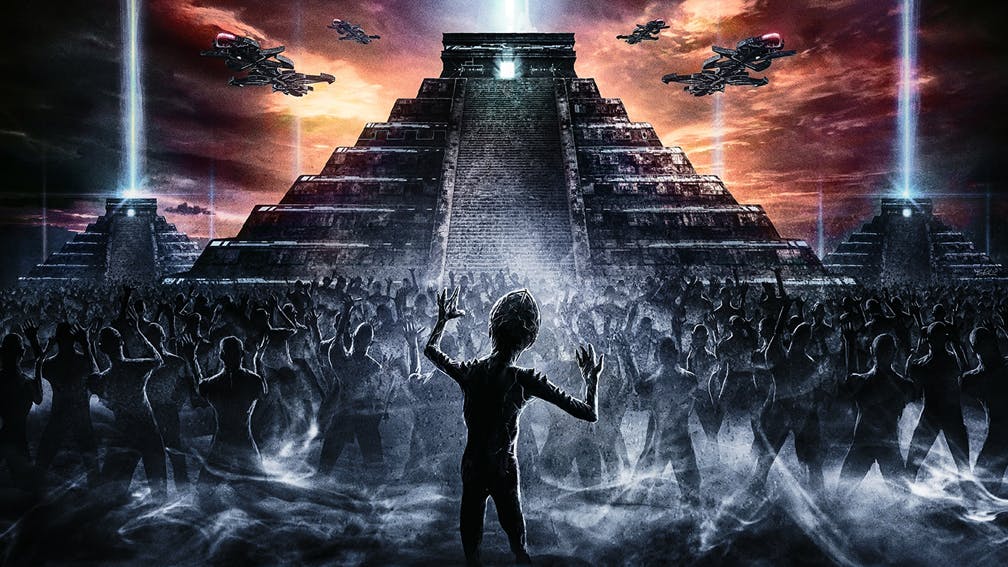 When it comes to safe hands, there can be few steadier than those of Hypocrisy mainman Peter Tägtgren. Not only is Worship the 13th album recorded by his long-lived death metal vehicle, but he’s also the man behind industrial grinders Pain – and perhaps most impressively he has production credits on more than 100 metal albums, ranging from Tarja Turunen to Immortal. And, until recently, he was one half of the creative nucleus in Lindemann.

The only disappointing thing about Worship is its lack of surprises, but it seems churlish to criticise an album purely for meeting expectation. As you’d expect with someone like Peter at the helm, the production is bombastic, with guitars in particular bending speakers outward. The writing is slightly more hit-and-miss, but at its best it slams riff-engorged points home like sharpened nails.

While this is just the latest in a line of broadly similar sounding releases – it is Hypocrisy’s first since 2013’s End Of Disclosure – there’s a real sense of pent-up energy being nervously unleashed within the tempestuous title-track, which opens proceedings. After an acoustic amble, a tumble of riffs tussle with brutal hooks and time changes, constantly shapeshifting, like a five-minute preview of the album to come. The other songs run closer to formula, with standout cut Chemical Whore addressing the increasing problem of addiction to legal drugs via structured heaviness and granite-heavy guitar. Greedy Bastards nudges playfully into old-school thrash territory, while the epic Children Of The Gray and Bug In The Net display more creative yearnings. A handful of these 11 tracks do appear less keenly focused, and while Dead World falls into that category it does come with a superbly acted, Walking Dead-inspired video for those with strong stomachs.

Worship may not quite represent a new beginning for Hypocrisy, but it’s another relevant and impactful chapter in the story a band that simply refuses to die.

For fans of: Arch Enemy, In Flames, Kataklysm

Worship is released on November 26 via Nuclear Blast

Read this: The 15 greatest death metal albums of the ’90s