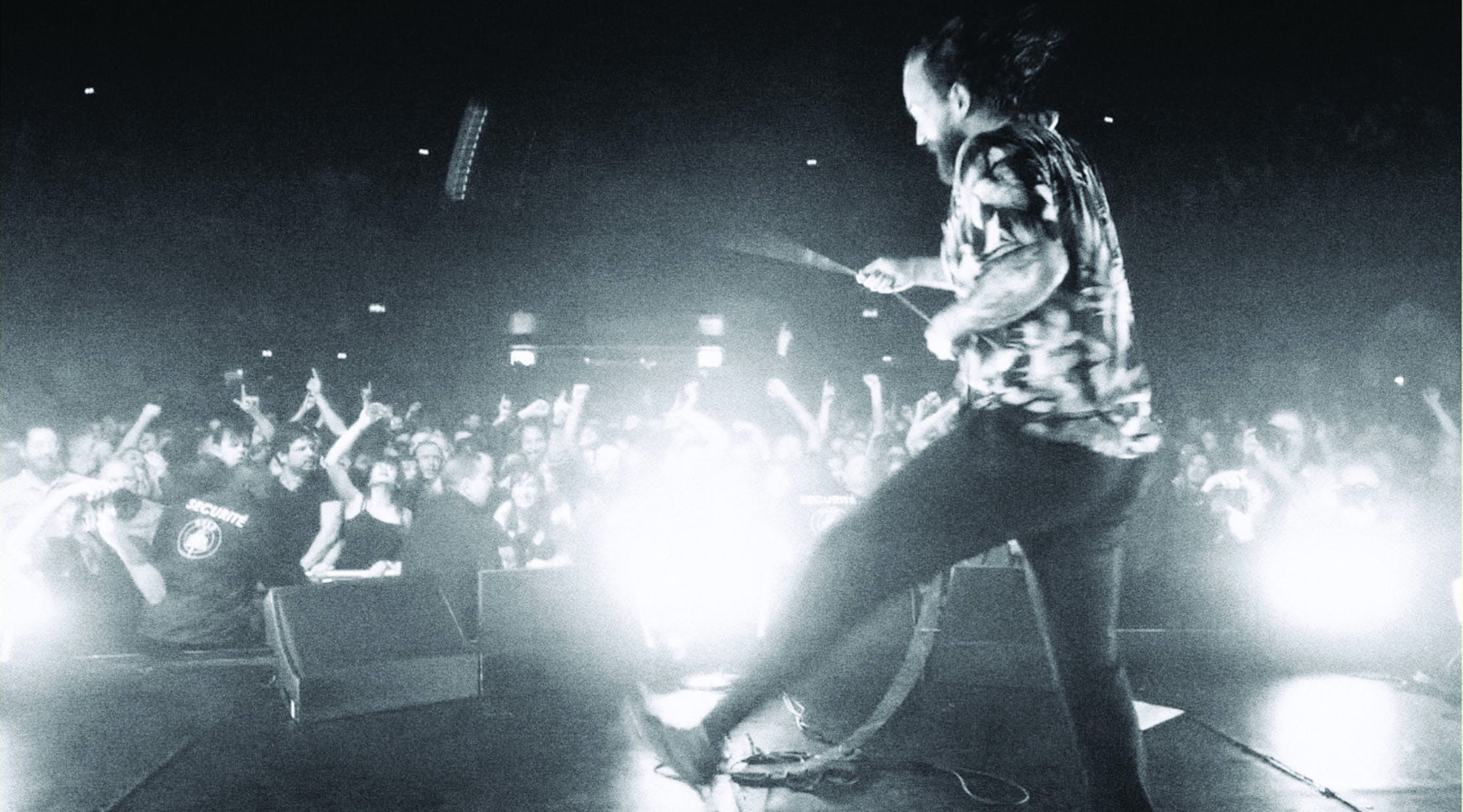 A Beautiful Thing is exactly the right title for an IDLES album, despite the fact that this live document is at times ugly and musically misshapen. There are deliberately discordant passages and simplistic hooligan-chant refrains. Joe Talbot’s voice cracks and strains, and there are points where it sounds like his bandmates are playing their instruments in mittens.

Ah, but perfection is most definitely not the point here. If you’ve ever been to an IDLES show, you’ll know that the energy and intent are far more important than perfect pitch. On a live album, you’ll never get the sweaty, underpants-clad, what-the-hell-are-they-doing-now experience of seeing the band in the flesh, but this is definitely the next best thing. It’s not just that it’s a warts-and-all snapshot; the warts are actually some of the juiciest bits here.

Not for nothing did the Bristol punks call last year’s wonderful second album Joy As An Act Of Resistance. “We built this album, and we built this tour, on love and compassion,” Joe tells the crowd as the droning, ritualistic section of opener Colossus is stretched out. “Look after each other, respect each other, show each other love – not aggression, but love and compassion.” It’s a beautiful thing alright, and particularly poignant, especially given that they’re playing in a venue that will be forever associated with a senseless act of hate and violence.

There’s an inherent feeling of anger in the music, but there’s also a joy pervading every second. It’s there in the propulsive bassline and lyrics of Mother, which Joe dedicates to his father. It’s in the short, sharp shock of I’m Scum and the throaty, ragged delivery of Television. It’s in words that are cynical and scathing and hopeful all at the same time, and it’s definitely there in the whoops and wonkily-sung crowd participation that’s audible throughout.

“Our show at Le Bataclan was the end of a very long journey for us,” IDLES have said of this show. “On that tour, we learnt so much about ourselves, each other and the audiences we have grown with over the past 10 years.” It’s easy to forget they’ve been a band for so long when the past 12 months have been such an explosion. From winning a Kerrang! Award to jaw-dropping performances at the Mercury Prize show and Glastonbury, they’ve been everywhere in 2019. They’ve emerged as one of the most vital punk-fuelled bands of the age, and their live show is a huge part of that. Check this out to see why.

Watch IDLES’ intense performance of The Wheel on Jimmy Fallon