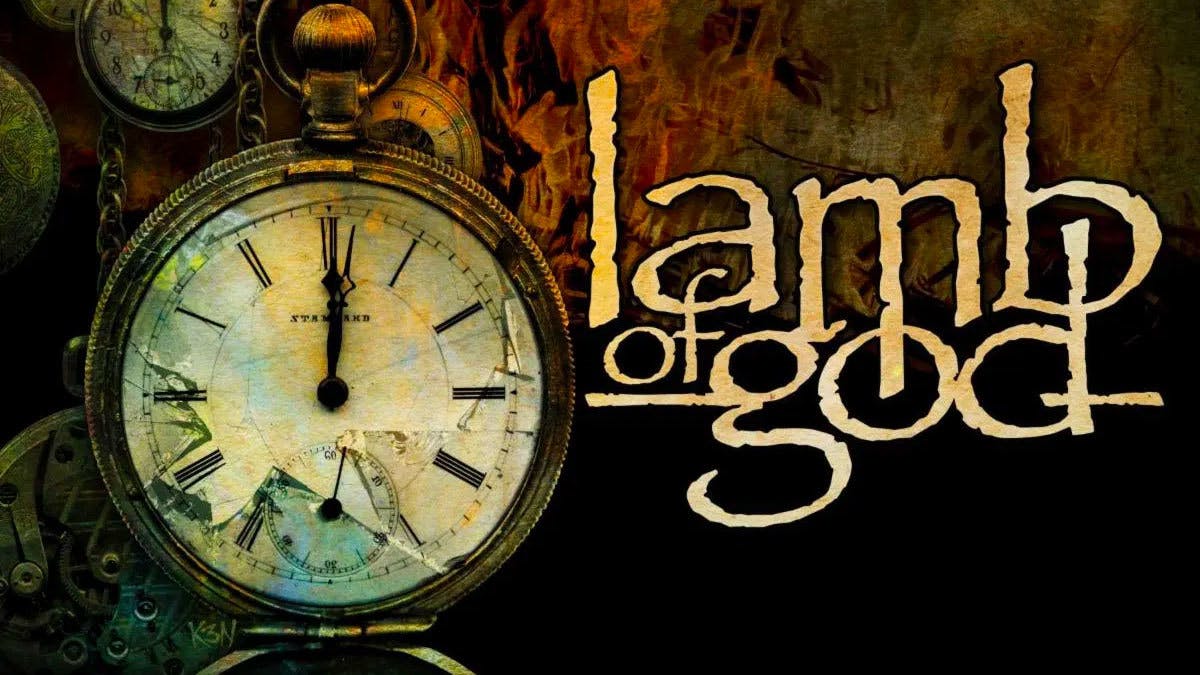 There is a world-weary pessimism that permeates right to the bones of Lamb Of God’s breathtaking eighth LP. Coloured by two decades of well-documented personal experience that have too-often dipped into the black, grievances have stubbornly festered and old wounds are still keenly felt. The smashed timepiece on the stroke of midnight – a fitting successor to their old Hourglass – that graces the cover speaks both to the inexorable, unapologetic unwinding of the mortal coil, and to a broader societal spiral as the Doomsday Clock ticks away.

Its ten songs’ brilliance lies in their indomitable response. Refusing defeat, they snarl back with the exhilarating doggedness of beasts who’ve taken the hardest beatings life can give, but remain ravenous for more.

The decision to self-title is emblematic of that defiance. Returning after five years away (the longest gap between releases in the band’s history, even with vocalist D. Randall Blythe’s incarceration in the Czech Republic on manslaughter charges in 2012) and without founding drummer Chris Adler, momentum had stalled and the confidence of a die-hard fanbase was unprecedentedly up in the air. Two decades since their first, then-eponymous release – 1999’s Burn The Priest – and with a collection of ideas and sounds that have been simmering for every second of that half-decade away, this is a reaffirmation of who they are. "Putting only our name on it is a statement," Randy explains. "This is Lamb Of God. Here and now."

The call to arms is immediate.

‘Wake up, wake up, wake up!’ screams furious opener Memento Mori. That title echoes the artwork, recalling a Latin phrase ('remember that you must die') traditionally whispered in the ears of the triumphant generals of classical antiquity to keep their feet on the ground. Its deployment here has a duality, flagging the NWOAM titans’ need never rest on their (considerable) laurels, and stressing a renewed urgency as the track’s ponderous intro avalanches into one of their biggest ever tunes.

Lead single Checkmate (a twisted ode to ‘The American Scream’) keeps up the momentum, combusting with gnarly, politically-supercharged uncompromise of an IED. The pile-driving Gears barely comes up for air before Reality Bath plunges us deeper still into a stampede of neck-mangling riffage as Randy asks, with corrosive pertinence, ‘Is this the new abnormal?!’

Key to these songs’ success is the performance of Winds Of Plague sticksman Art Cruz. Repeating the trick pulled-off by Jay Weinberg in Slipknot and Brooks Wackerman in Avenged Sevenfold, of stepping into the apparently impossible-to-fill shoes of a revered predecessor with the correct blend of respectful imitation and energised innovation, he sounds positively unbound. Indeed, the whole band have reiterated their goal of all-for-one, one-for-all songwriting that draws out the best of the collective. On tracks like New Colossal Hate (another superb old-school anthem) and the incredible Resurrection Man (a chest-crushing sludgy masterwork that sees Randy declare with spine-chilling conviction, ‘I was born in a cemetery!’) they strike rich paydirt.

Even when their esteemed peers pile in – Hatebreed’s Jamey Jasta dropping a fist-swinging verse on the scourging Poison Dream and Testament frontman Chuck Billy adding thrash swagger to full-throttle throwback Routes – there’s a consistency, confidence and well-defined purpose that remains unbroken. Firing through the closing salvo of Bloodshot Eyes and On The Hook, the record burns out with pedal to the metal rather than fading away, having built on the crusty, traumatised foundations of 2015’s VII: Sturm Und Drang while reconfiguring their older strengths in a way that feels both crunchily familiar and thrillingly fresh in 2020.

Critics will inevitably draw comparisons with the earlier landmarks in their career (2003’s raging As The Palaces Burn, 2006’s monumental Sacrament) seeing the continued shift away from much of those classics’ painstaking architecture and sprawling grandiosity as a failure. They miss the point. Having now endured so many miles of the hard grind of life on the road – long stretches scarred by controversy, insobriety and incarceration – Lamb Of God are not the band they once were. Those were the sounds of then. This is the now.

Lamb Of God's self-titled album is out June 19 via Nuclear Blast – pre-order it now.

READ THIS: Lamb Of God: Rage, sobriety and the end of the fucking world