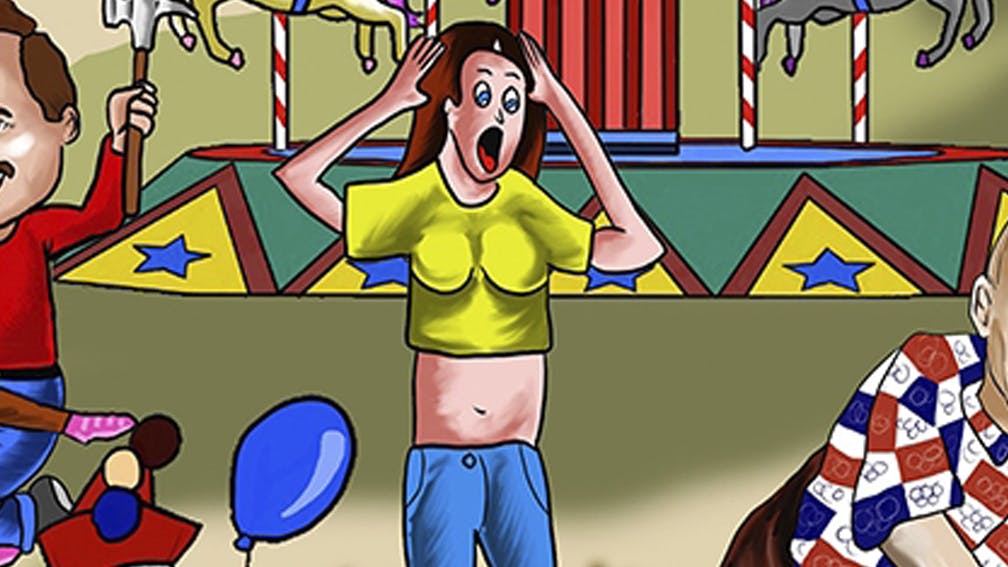 Over a 35-year span, murder metal trio Macabre have lost none of their ridiculous insanity. Approaching latest release Carnival Of Killers with bloodthirsty enthusiasm, that’s suffused into every aspect of the album. Macabre have spent the nine years since the release of Grim Scary Tales working hard – there’s a hell of a lot to unpack here.

The album art depicts a funfair filled with the serial killers that each of the songs tell the tale of – Ted Bundy with his arm cast and Ed Gein in his trademark check shirt are both easy spots. No two songs sound alike on this opus, with each one crafted to suit the crimes of the killer they portray. Stinky, for example, tells the story of John Wayne Gacy (aka Pogo The Clown) and the guitars take on a melodic, bouncy quality that’s reminiscent of the circus, which is eerily apt. Singer Corporate Death’s vocals switch between thrash metal style shrieks and nursery rhyme-style clean singing, as he tells true crime tales of people being brutally murdered, while Nefarious (bass) and Dennis The Menace (drums) provide a chaotic backdrop of perilous and hammering percussion.

Macabre have never taken themselves too seriously and in the inappropriate cheesiness of Carnival Of Killers this has never been more apparent. For death metal fans looking for expert songwriting and precision, this record is best avoided. This is a tongue-in-cheek rendering of the genre from the band who supposedly helped to craft it. There’s silliness aplenty and a great riff or two, however, this is a novelty album that’s meant to be taken light heartedly. Listen with a sense of humour and you won’t be disappointed.

For Fans Of: Carcass, Necrophagia, Repulsion

Carnival Of Killers is released on November 13 via Nuclear Blast.