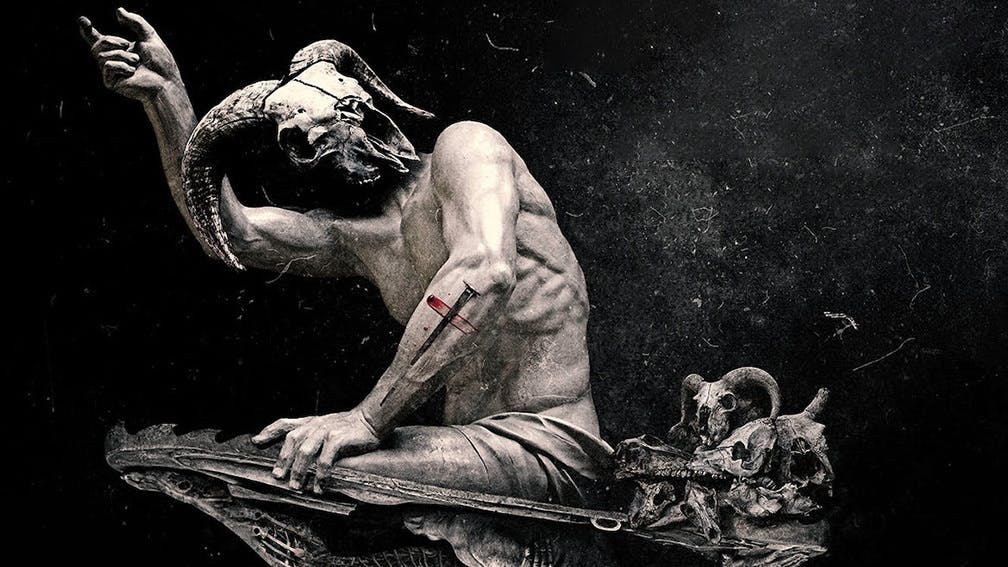 Following 2019’s bloated, boring Catharsis and half the band’s long-term line-up subsequently jumping ship, it was easy to think that Machine Head were done, or at the very least in trouble. It comes as a welcome surprise, then, that ØF KINGDØM AND CRØWN is one of the best things you will hear in 2022. Storming back into raging form, Robb Flynn and the revamped band have delivered a monster.

It really does have everything you could want in a Machine Head record. Craving epics that balance aching, melancholic melodies with metallic bludgeon? Check out 10-minute opener SLAUGHTER THE MARTYR or standout UNHALLØWED, which is one of the best anthems they have ever put their name to.

Prefer something thrashier? Then CHØKE ØN THE ASHES ØF YØUR HATE is for you. Just want chunky riffs that slay with no shits given for the amount of damage wrought by them? Then BLØØDSHØT does the job. Guitarist Vogg is more than a match for his predecessor, his playing perfectly complementing Robb’s, while bassist Jared MacEachern’s vocal contributions soar where they fell flat on Catharsis. There is a real sense of progression as the album unfolds too, the whole thing held together by a grandiose sci-fi concept, which is also something new for the band.

Machine Head have been down before – their nu-metal adventures 20-something years ago – and have come back from it, so maybe counting them out was premature. Regardless, with this version of the band they are back to their best, and that is all that matters.

For Fans Of: Killswitch Engage, Metallica, Lamb Of God