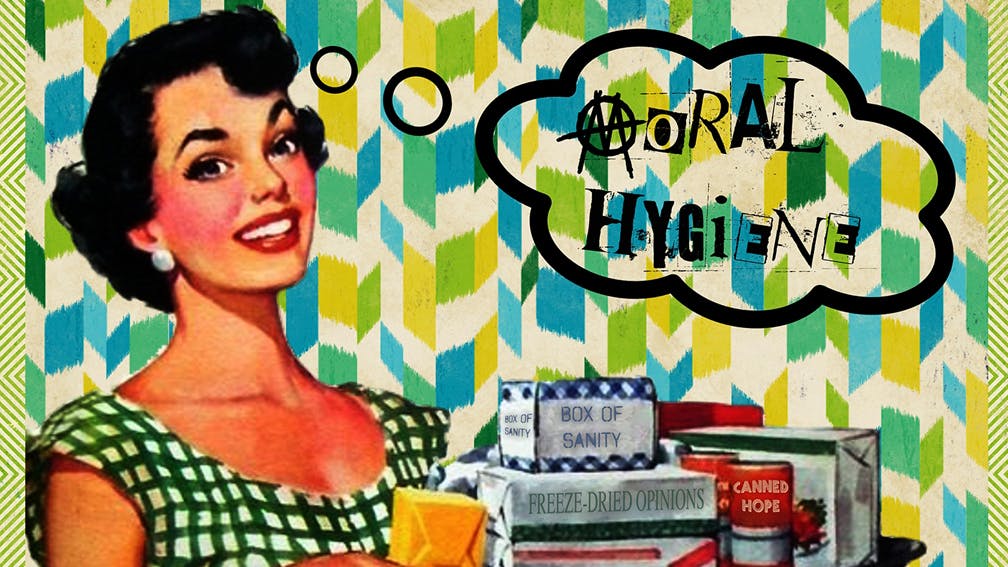 Here is the state of the world address according to Al Jourgensen: we’re fucked but we’re going down fighting and partying hard. ‘How concerned are you?’ a disembodied voice keeps demanding on opener Alert Level. The pounding dance beat and thumping guitar hooks caper almost into Rob Zombie territory, but Ministry have always been more concerned with grim reality than go-go dancing aliens. ‘We’re all stuck in a dystopian bubble,’ Al rasps on the slow and sinister Disinformation, which neatly encapsulates the themes of Moral Hygiene.

Former president Donald Trump looms large and orangely over Believe Me, while Broken System dwells on the destruction of the planet with a sense of collective responsibility and shame. But then there are the calls to arms as We Shall Resist delivers a chanted litany and Good Trouble exhorts the listener to ‘Get the party started, get the fascists out’ over wails of mournful harmonica.

Musically there’s a touch more considered atmosphere than on predecessor AmeriKKKant, but this new Ministry line-up – featuring former Tool bassist Paul D’Amour and guest appearances from the likes of Billy Idol guitarist Billy Morrison and former Megadeth man David Ellefson – still knows how to rage. Sabotage Is Sex recalls industrial supergroup Lard with former co-conspirator and ex-Dead Kennedy Jello Biafra back in the fold, while TV Song #6 (Right Around The Corner Mix) is a full-on industrial thrash-out. It’s a familiar sound by now, but no less vital and relevant for that.

Listen to Moral Hygiene and then please wash your soul.

Moral Hygiene is out now via Nuclear Blast

Read this: "Should I get my genitals pierced?" Al Jourgensen solves the world’s problems