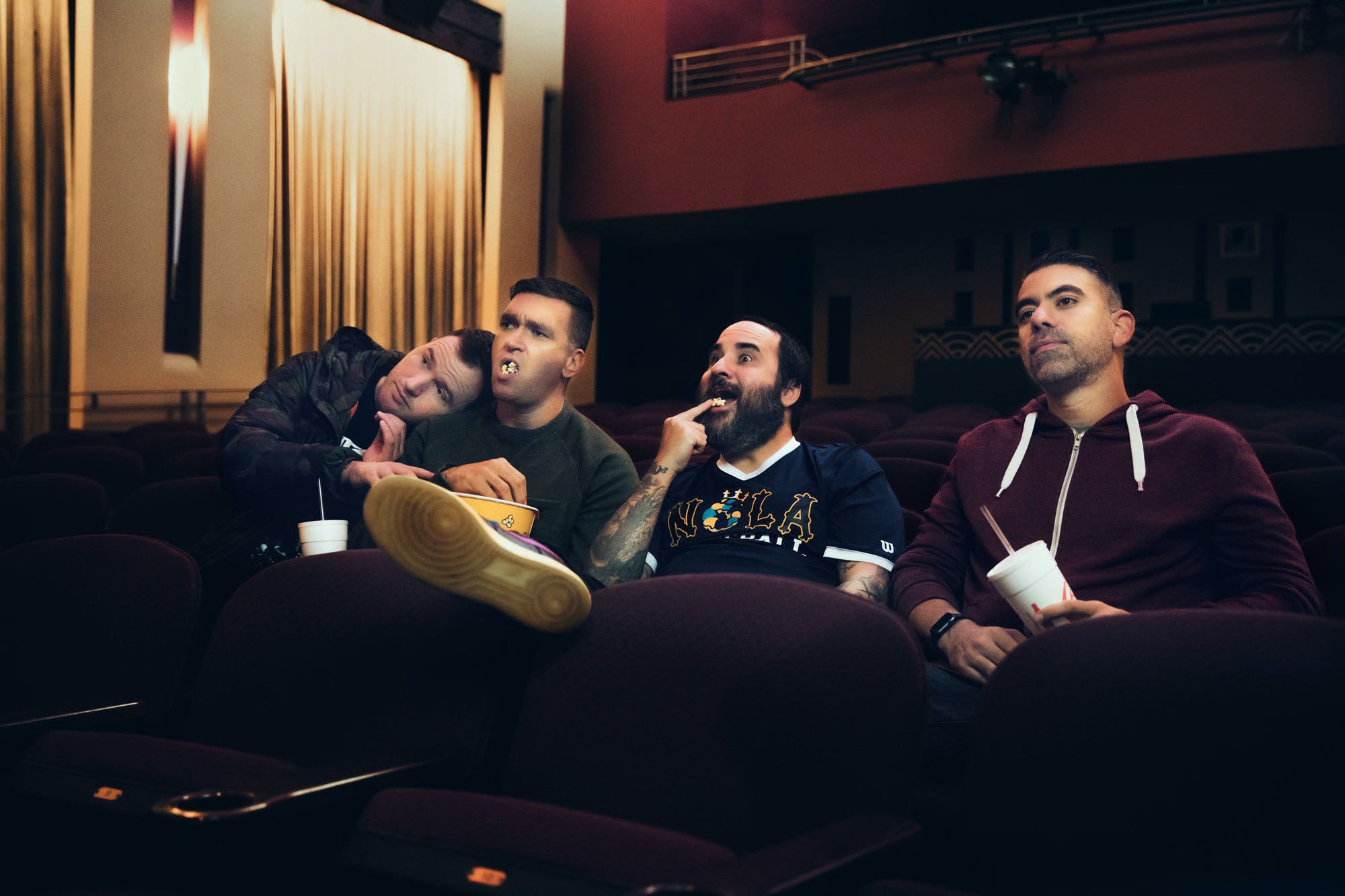 Some cinematic pairings just work: Han Solo and Chewbacca, Laurel and Hardy, Buzz Lightyear and Woody. Given this is the third From The Screen To Your Stereo EP, you could add New Found Glory tackling movie themes to that list. And while chapter three is unlikely to be the license to print money that, say, The Greatest Showman Reimagined album featuring Panic! At The Disco was, it’s still a highly entertaining, occasionally LOL-worthy riot nevertheless.

Whether this is the best instalment in the series will depend on your affection for these songs and their films. What’s inarguable, however, is that this is the most contemporary and populist one yet. While its predecessors largely mined the ‘80s and ‘90s nostalgia of songs from The Goonies and Pretty Woman respectively, this largely brings things bang up to date with tunes from recent juggernauts Pitch Perfect, Frozen, Twilight and, to the surprise of no-one at all, The Greatest Showman.

This would be an exercise in turgid tedium if these re-workings didn’t cut the mustard, but once again they do, and surprisingly well. The mark of a good cover version is how well an artist puts their own spin on someone else’s work, but you could also argue it’s how much an artist can make you believe they actually wrote it. The thing that makes this whole enterprise worthwhile, then, is how skilfully these songs, fodder for endless movie nights and karaoke sessions, have been assimilated here.

Cups, for example, started life in the 2012 flick Picture Perfect, in which the character Beca, played by Anna Kendrick, successfully auditions for an a capella group while using a nearby cup to make a beat. Out of context, or in other hands, this sweet but rather thin ditty might have been a misfire, but in the safe mitts of New Found Glory, it’s a breezy slab of brilliance – thanks in no small part to drummer Cyrus Bolooki’s powerful tub-thumping. Then there’s This Is Me from The Greatest Showman, which presents an even trickier proposition: how do you justify the existence of yet another stab at a song done a million times before? The answer, if you’re New Found Glory, is to meet the material halfway, balancing Jordan Pundik’s yearning voice and Chad Gilbert’s guitar chug with the original’s choral theatricality.

These more modern marvels will likely be the most popular cuts here, though they’re not the true highlights. That honour belongs jointly to the takes on Huey Lewis And The News’ The Power Of Love (from Back To The Future) and Survivor’s Eye Of The Tiger (from Rocky III). But, whether taking inspiration from their own childhoods or those of others, NFG heartily demonstrate that the third part of a trilogy isn’t always terrible.