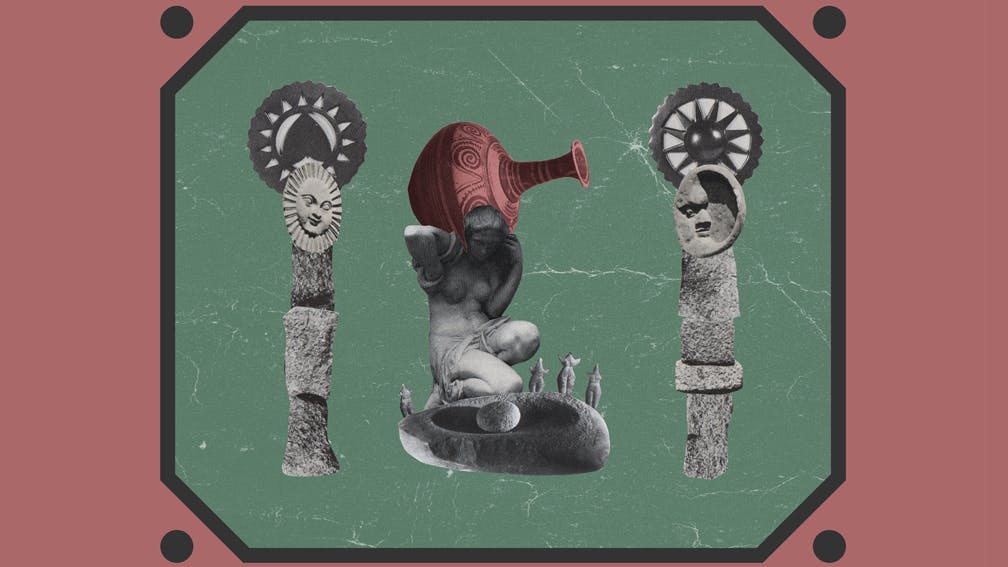 As The Seeds, The Vessels, The Roots And All's opening track It’s Darker kicks things off, there’s a sense of familiarity to the jerky riffs and pulsing bassline. Luminaries like the Pixies and Sonic Youth have loomed large over the broad church that is alternative rock for decades now. The sonic components on display here are not startlingly original, but there’s an art to assembling them into something distinctive and special. That’s all Kurt Cobain did, after all, and it’s something New Pagans also manage on this exceptional debut.

There’s a sense of tautness to the songs even when they’re coated in lush melodies – and there are plenty of those. Everything is in its place and there’s no waste, whether they’re channelling those alt.rock icons on the spiky Bloody Soil, belting out a dynamic rock anthem that’s more akin to Marmozets on Lily Yeats, or adopting a more laid-back groove on Ode To None and the lilting Admire. They’re lean and perfectly constructed, hitting exactly how they’re supposed to and serving as perfect frames for the band’s equally masterful lyrics.

There’s a definite punk-fuelled agitation at play, even when the accompanying hooks have a sugared Britpop sheen. They also explore some fascinating areas that are beyond the remit of most rock bands. Harbour, for example, examines singer Lyndsey McDougall’s experience of childbirth, while Lily Yeats is concerned with the embroiderer sister of poet W.B Yeats. There’s a cerebral side, certainly but it’s wedded to a more visceral response on the likes of set-piece closer Christian Boys. New Pagans have bite when required but it’s always measured and never descends into cliché.

The overall impression is of not only a good debut album but also an important one. New Pagans are a new force to be reckoned with.

For Fans Of: Sonic Youth, The Pixies, Marmozets

The Seeds, The Vessels, The Roots And All is released on March 19 via Big Scary Monsters.

READ THIS: New Pagans' Lyndsey McDougall: "This pandemic has only dilapidated a system that was already failing mothers and carers"

New Pagans' Lyndsey McDougall: "This pandemic has only dilapidated a system that was already failing mothers and carers"

New Pagans' Lyndsey McDougall shares her respect and adoration for mothers and carers on this International Women's Day.

New Pagans: "Women's History Has Been Silenced Across The Globe"

Meet New Pagans: the northern Irish alt.rockers looking to redress the gender imbalance in rock and throughout history