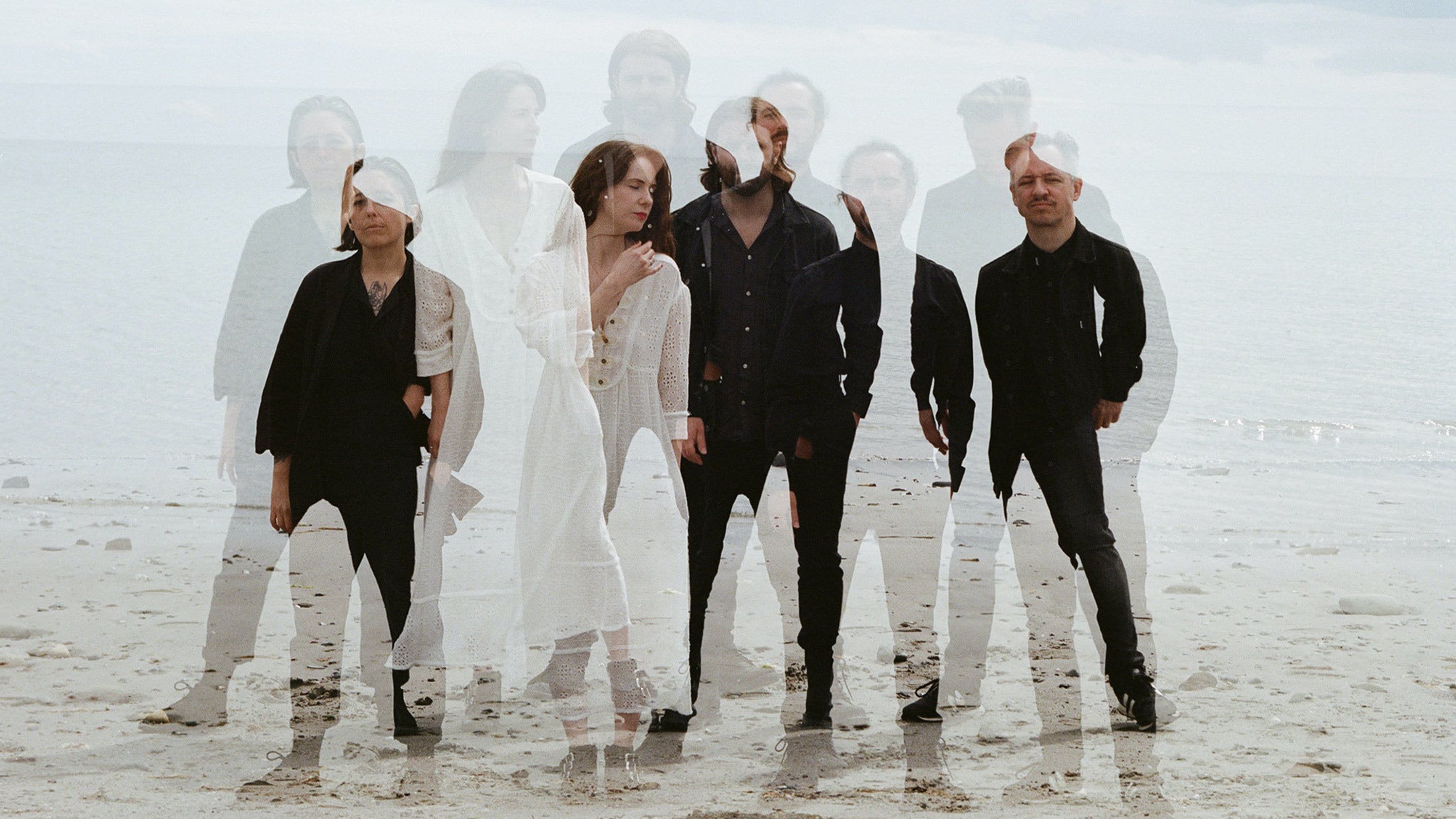 For most rock fans, their teenage years are those of musical discovery, but for Lyndsey McDougall, vocalist of Belfast’s New Pagans, growing up in a devoutly Christian household meant that unearthing new music was a complicated task. Forbidden from listening to secular music, she was forced to check out her friends’ CDs under the cover of darkness.

“I’d have to wait until late at night to listen to music I’d borrowed from others,” Lyndsey begins. “I had a pair of headphones that I hid under my bed which allowed me to discreetly check out new music, but it wasn’t until university that I really got introduced to all the amazing bands that were out there – I remember hearing the Pixies for the first time and my mind being blown! That upbringing has definitely given me a unique perspective on music.”

A fine collection of songs that flit between alt.rock, post-punk and indie, it’s a record that harks back to Lyndsey’s childhood, and one that covers some rather unique subject matter.

“Glacial Erratic is a reference to a beautiful rock near where my parents live in Northern Ireland,” Lyndsey explains. “It’s fascinated me ever since I was a child because it’s always looked out of place. I was at the Ulster Museum in Belfast just before we started recording the EP, and there was a picture of the same rock there and an explanation about it being an ‘erratic,’ which means it’s a rock that’s been moved from its original formation to another place due to the glacial movement of the earth. Consequently, these rocks really stand out, and I took that meaning and applied it to our band, because I feel we, like these rocks, stand out in our own way too.”

Lyndsey’s not wrong when she suggests New Pagans – completed by vocalist/guitarist Cahir O’Doherty, guitarist Allan McGreevy, bassist Claire Miskimmin and drummer Conor McAuley – do things in a way that is very much their own. As well as drawing on a broad range of influences and blending a variety of subgenres of rock in their music, when it comes to lyrics, Lyndsey is intent on ensuring New Pagans tell stories about those who have been forgotten by society.

Lily Yeats, for example, is an urgent alt.rock song that uncovers the story of a socially enterprising embroiderer whose achievements have been overlooked.

“I’m in the middle of doing a PhD where I’m studying the history of Irish women through embroidery,” Lyndsey details. “Lily Yeats was an embroiderer, but she was never as well-known as her brothers [poet W. B. Yeats and painter Jack Butler Yeats], despite her forming an influential social enterprise in Ireland related to her craft. It’s a really interesting story and one that deserves to be in the spotlight – it’s important to recognise these achievements that have effectively been written out of the history books. Women’s history has been silenced across the globe, so I want to find those stories and highlight them.”

Another such important story forms the backdrop to Yellow Room, New Pagans’ excellent new single. Taking influence from Charlotte Perkins Gilman’s influential novel The Yellow Wallpaper, it speaks to both historical injustice and Lyndsey’s experiences of motherhood in the present day.

“I’d just had a child when I read The Yellow Wallpaper, and the story really resonated with me,” she recalls. “It’s about a woman with post-natal depression who is trapped in a room with yellow wallpaper by her husband. It’s a disturbing read, but it was also extremely comforting for me. I wasn’t experiencing post-natal depression myself, but there’s certainly a great deal of pressure that goes with becoming a mother for the first time that nothing can really prepare you for.”

The subject of motherhood in relation to her role as a musician is something Lyndsey cares passionately about, and she’s determined to use her position in New Pagans to demonstrate to other women that it’s completely normal for mothers to be in bands. Her idol Kim Gordon inspired her in that regard, and now Lyndsey is taking up the mantle herself.

“Women with children have been in rock bands for decades, but unfortunately some mums feel like they need to hide it,” she explains. “I’ve found that people can be unconsciously biased about parenthood, and they don’t like to think of people in bands as responsible adults, particularly in rock music where there’s this idea of the ‘rock star’. I’m proud of the fact that I’m a mother, and while it doesn’t define me, I want other women to know that becoming a mother doesn’t mean you have to stop being creative. It’s an important subject for me – I want to be a visible mum – and it’s vital to what we’re doing with New Pagans.”

With the release of Yellow Room and its atmospheric video – “It’s based on folk-horror, and designed to be spooky yet comforting…” – resulting in a successful 2020 for New Pagans, Lyndsey and her bandmates’ attentions have since turned to the future. Plans are afoot for a debut album to drop at some point next year, leaving the singer excited for what the next chapter for her band holds.

“We have eight songs written that work very well together and which we’ve started recording,” Lyndsey concludes. “We’re really looking forward to recording more across the winter and putting that new material out into the world. The album will be a really big release for us – I can’t wait to get started!”

Album review: New Pagans – The Seeds, The Vessels, The Roots And All

New Pagans' Lyndsey McDougall: "This pandemic has only dilapidated a system that was already failing mothers and carers"

New Pagans' Lyndsey McDougall shares her respect and adoration for mothers and carers on this International Women's Day.