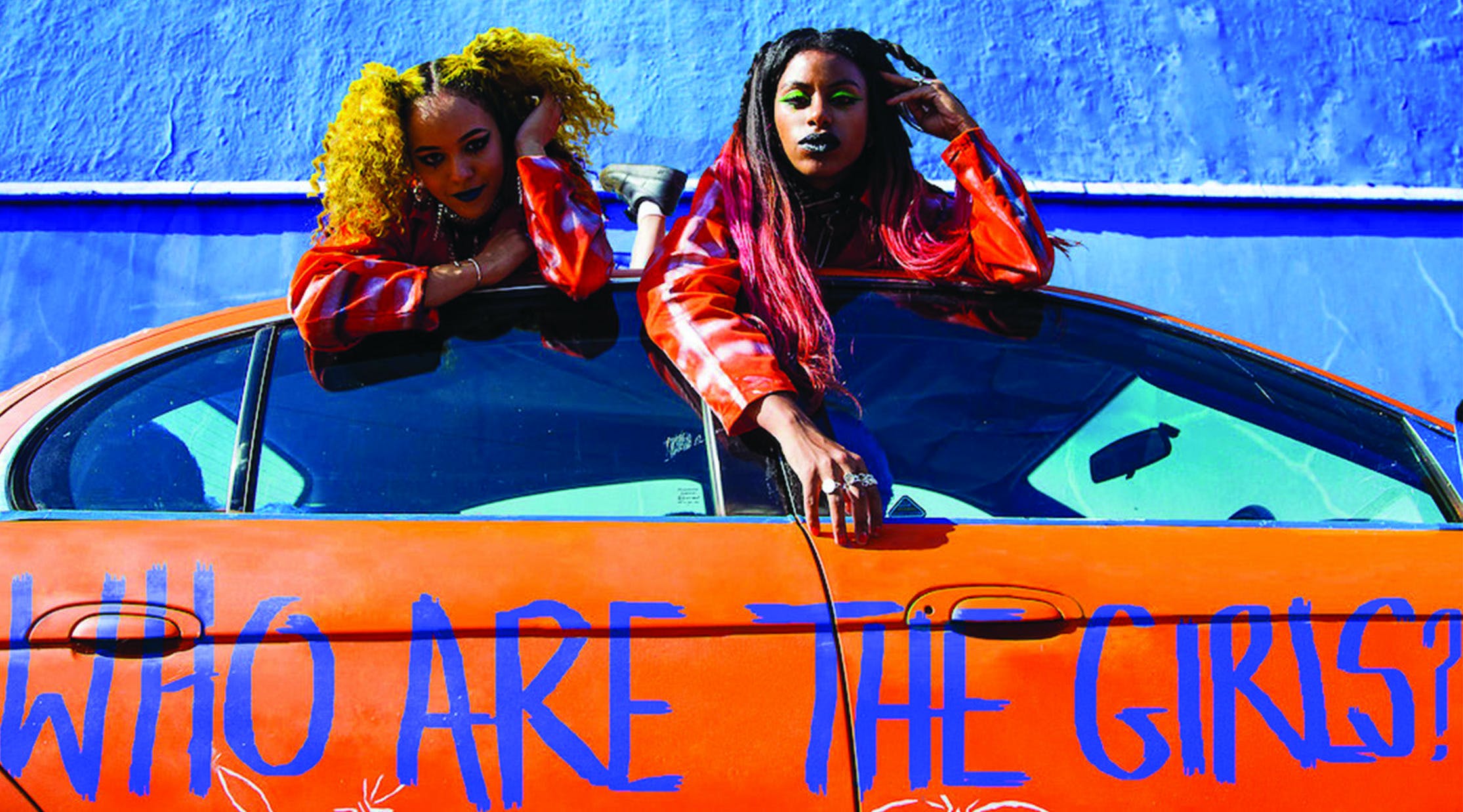 Who are the girls? It’s a question Nova Twins bassist Georgia South and singer/guitarist Amy Love have overheard a thousand times too often. The question is symptomatic of the lack of diversity ‘the girls’ have experienced at the shows they went to growing up, and even at the shows they’re now playing. With major festivals coming under fire for their lack of diversity and representation, it’s also a question that’s perhaps never felt so necessary. For now, though, it becomes the ironic title for this fiery duo’s debut record. And what a debut it is.

Having previously released just an EP and a few singles, the Twins have already shared stages with the likes of Skunk Anansie and Prophets Of Rage, as well as tearing it up at their own blistering headline shows. In the absence of an abundance of recordings, it’s been these explosive, rave-like events that have earned the band a cult following.

Firstly then, it’s important to note that over the course of its 10 tracks, the record does a staggering job of capturing the duo’s feral and abrasive live sound – a noise achieved entirely with guitar and bass pedals, no synths here, thank you. As a result, each track fizzes with an intense energy.

Packed with pounding, buzzing bass and screeching, distorted riffs, it’s not surprising that the pair’s sound has already drawn favourable comparisons to The Prodigy. While it’s perhaps the closest fit there is, to say it’s straight-up similar does Nova Twins a colossal disservice. In the same way that the band design their own stage outfits and art direct their own videos, they have a sound that’s entirely unique to them. Songs like Vortex and Taxi are as rowdy and raucous as the duo’s music comes, brimming with electric punk noise. It’s fitting, then, that the album is being released on FEVER 333 frontman Jason Aalon Butler’s new label, 333 Wreckords – a seemingly perfect home for a band as progressive and riotous as this.

They speak their minds, too. Bullet, for one, features angry lines like, ‘Don’t you ever touch my hair unless you’re paid to cut it’, ‘It’s my body, it’s my mind, do what I want with it’, and a defiant chorus of, ‘I’m not asking for it / I know what you want / You ain’t getting none’. It’s a blunt message that’s as loud as it is clear.

From its furious themes to the explosive energy and the livewire sound, you’d be hard pressed to find a band doing anything quite like this right now, and it’s genuinely exciting to think what Nova Twins can achieve with these 10 tracks of pure sonic power in their hands. Who are the girls? You’re about to find out.

Nova Twins have been nominated for the Mercury Prize