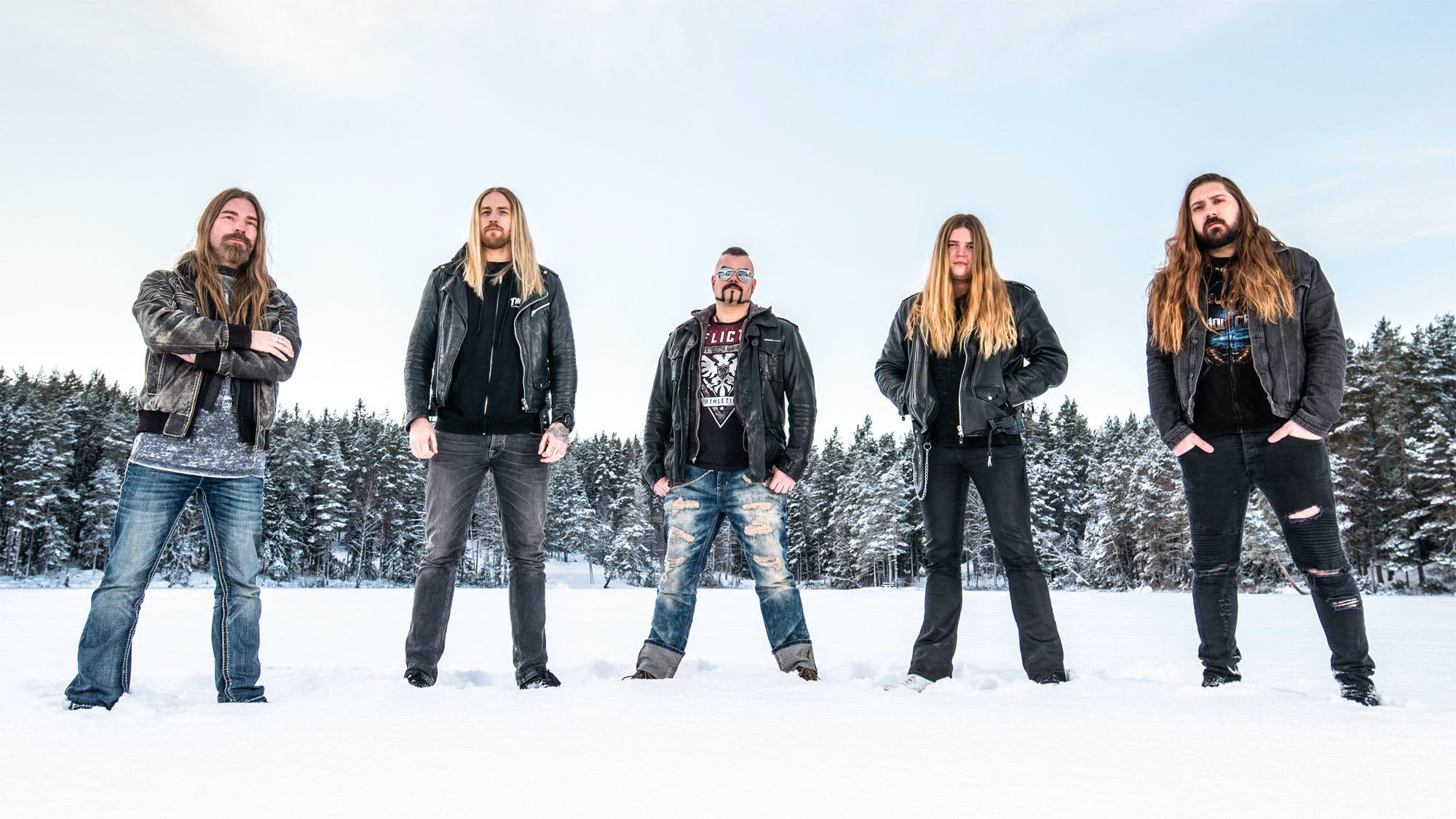 “What passing bells for those who die as cattle?” wondered warrior-poet Wilfred Owen in his haunting 1917 elegy Anthem For Doomed Youth, shortly before falling himself to the Great War machine. “Only the monstrous anger of the guns.” A century and a year hence, do Sabaton grasp the baton of remembrance with even a semblance of that same tortured subtlety? Of course they don’t. But to search for understatement would be to miss the point of this rampaging ninth album.

The First World War has been chronicled endlessly since it ceased. Within metal, its shell-pocked battlefields have been well traversed by Metallica’s One, Motörhead’s 1916 and Iron Maiden’s epic Paschendale. Where previous tellings understandably fixated on the horror and futility of mass slaughter, though, this chest-thumping concept album sees the Swedish power metal battalion dare to celebrate the world-shaping machinations, epic upheaval and unimaginable bravery the conflict precipitated.

Sweeping from general’s-eye overviews on tactical and technological advancement (The Future Of Warfare), via whites-of-their-eyes encounters with individual units (82nd All The Way), and a surprisingly profound denouement (The End Of The War To End All Wars), here Sabaton revel in their assignment. Stories unfurl with an infectious nerdiness that undulates between giddy Boys’ Own exuberance and a museum curator’s painstaking attention to detail.

Veterans of the conflict infamously painted it as “months of boredom punctuated by moments of sheer terror”. There’s little of that kind of dynamism here, with even ostensibly ‘understated’ passages overflowing with bombast. It’s an immoderation that occasionally veers into the farcical. A Ghost In The Trenches, for instance – chronicling the deadly heroism of Canadian Aboriginal sniper Francis Pegahmagabow – eschews anything like the stealth of its subject in favour of full-frontal attack, a roof-raising key-change and pyrotechnic guitar solos. But then, when they do tone it down, such as on the choral closing rendition of John McCrae’s heartbreaking In Flanders Fields, although reassuringly reverent, fits awkwardly with the earlier extravagance on display.

When Sabaton hit their mark, however, there are arterial sprays of cheesy joy. The Attack Of The Dead Men – based on the gas-wreathed last defence of the Osowiec Fortress – pulsates with doomed purpose to a cataclysmic marching beat; the title-track is machine-tooled for arena-sized sing-alongs; The Red Baron overloads on sheer exuberant chutzpah, like an unhinged cousin to Maiden’s Aces High. And yes, rhyming ‘Russia’ with ‘Prussia’ is crap, but when they pair ‘Squadron leader’ to ‘Rote Kampfflieger’ a couple of lines later, it would take the most dour history geek not to crack a grin.

The Great War isn’t just a commemoration of the centenary of the armistice (albeit a year late), but of Sabaton’s own 20th year. There’s something perversely fitting about this subject matter as a benchmark of the Swedish meatballs’ iron-willed, do-or-die stylistic entrenchment. They remain a laughing stock to some, but there’s much to be said for not getting stuck in the beige mediocrity of musical no man’s land. And, having outmanoeuvred even their most vociferous haters to the pinnacle of the European festival circuit, the triumphalism beating through these songs can be forgiven.

No guts, no glory, indeed.

Album review: Sabaton – The War To End All Wars

The line-up has been announced for Spain's Resurrection Fest, with the likes of Avenged Sevenfold, Korn and Deftones all travelling to Europe next year…

The Metal Gods are hitting the road in the U.S. and Canada from September, and taking Swedish metal maniacs Sabaton with them…