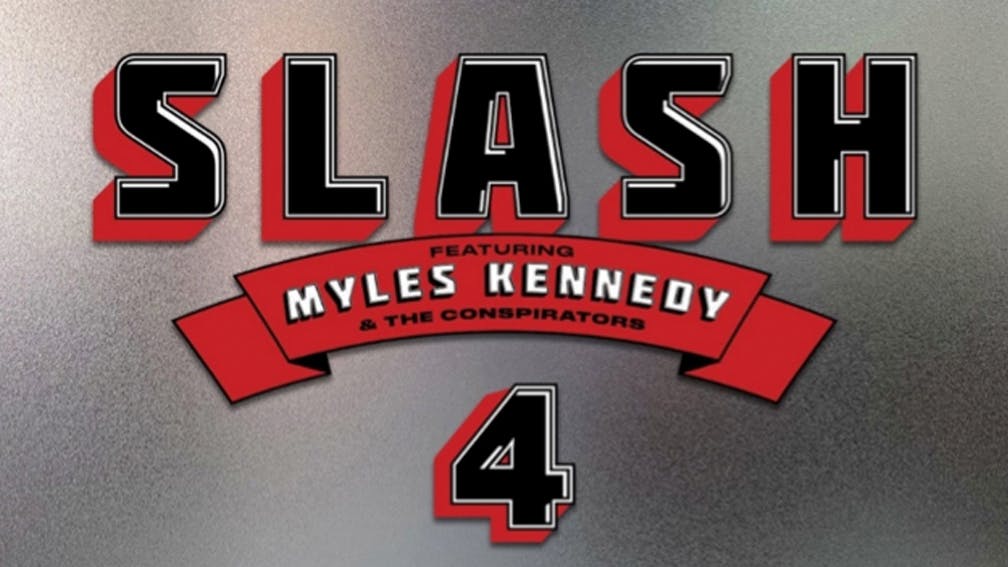 It’s entirely fitting that the first album released through the newly formed Gibson Records label should be by the guitar’s most iconic player. Slash and his Les Paul have been a match made in rock’n’roll heaven for decades now. The relationship between him, Myles Kennedy and their fellow conspirators hasn’t been going quite so long but it has become a mark of quality for fans of pure hard rock swagger. And, while this isn’t the Slash-related project most people are really anticipating, a Conspirators album never goes amiss.

The title doesn’t exactly go out of its way to inflame expectation, but in many ways, this too is fitting. This is the fourth album with Myles and co. and we know what to expect by now. The band switched things up this time by decamping to Nashville and recording the songs pretty much live with country-rock producer Dave Cobb. There’s a certain loose jam-like feel at times, but the key ingredients – the driving riffs, the wailing vocals and, of course, the blazing solos – are all present and correct.

The River Is Rising kicks things off in fine style with a sleazy groove, a big Alice In Chains-flavoured chorus and a dramatic gear change at the end. C’est La Vie sees Slash playing with a talk box, and Spirit Box has a slightly sinister feel, with a grungy demeanour and heavy psychedelic riffs. At the other end of the spectrum is the none-more-wholesome Fill My World, a love song written from the perspective of Myles’ shih tzu Mozart that also borrows a few moves from Sweet Child O’ Mine.

All in all this isn’t an album the best album that Slash, or indeed Myles, have ever put their names to. But it does everything you need it to, and that might just be enough.

4 is out now via Gibson