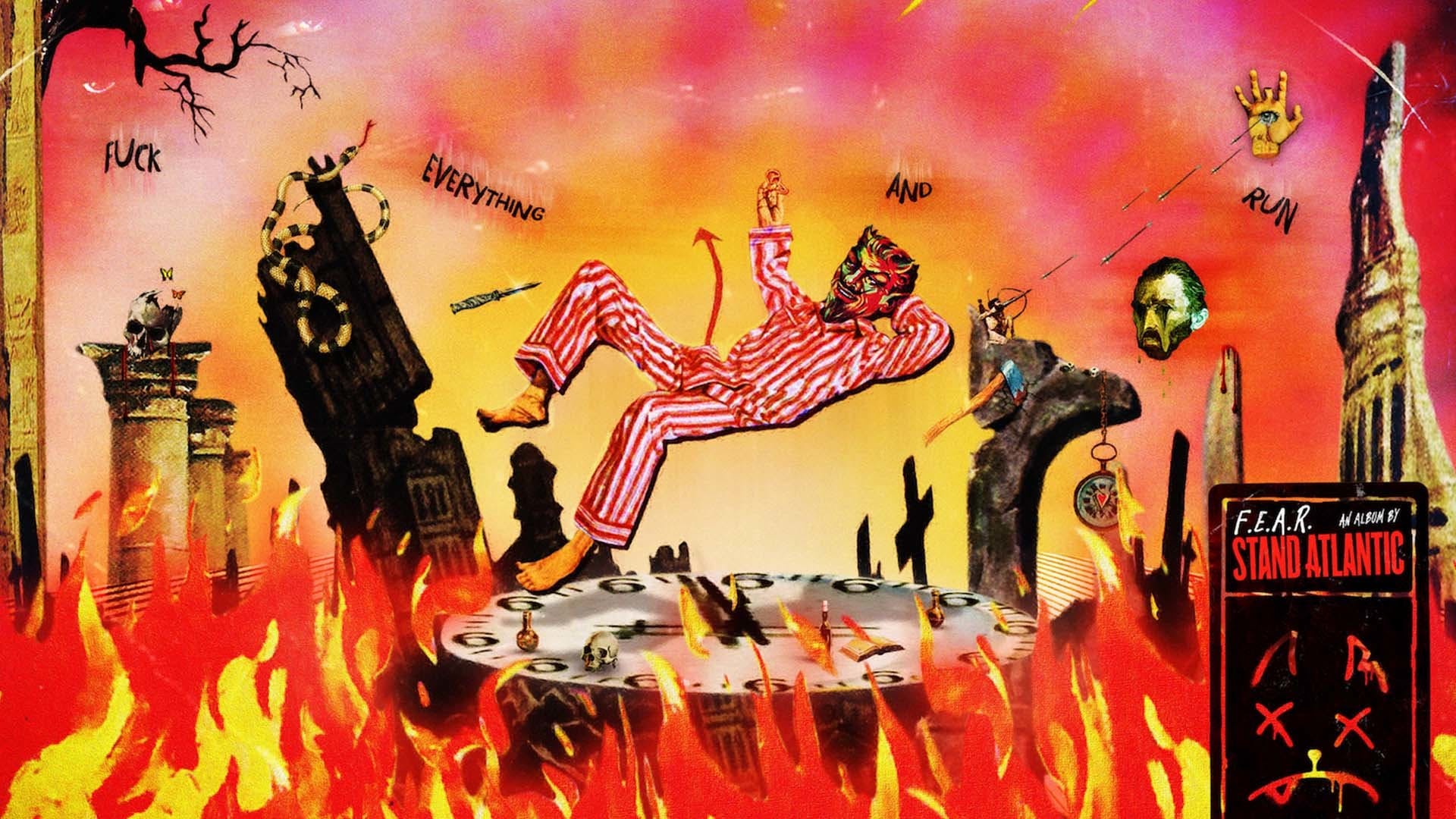 Stand Atlantic’s debut album Skinny Dipping was pure pop-punk perfection. When it came to their second, Pink Elephant, the band switched things up by adding to the formula, and released one of the most exciting records in the genre’s recent history. With F.E.A.R. (fuck everything and run), they’ve experimented again, but this time they’ve pushed the envelope farther in every possible direction.

There are trap beats and synths throughout, but at the same time, the songs sound heavier than ever. There’s plenty of guitar solos and choruses built for listeners to belt along to in their cars. And there are tracks for fans who have been around since Skinny Dipping, like the summery van gogh and easygoing bloodclot.

Even more impressive is the skill with which Stand Atlantic encompass a broad range of emotions. Hyperactive doomsday starts the album off strong with a jolt of carefully-constructed chaos. And there’s a healthy dose of humour mixed in – the closing 40-second-long track is called i wonder what kind of garlic bread they serve at MENSA. F.E.A.R. also shows the band at their angriest and most aggressive, and it suits them well, especially on songs like eruptive hair out, furious molotov [OK] and swaggering switchblade. But tracks that take a slower but darker approach hit just as hard, like sombre xo and gloomy cabin fever which pulls together sinister verses, a chunky riff and rage-filled vocals to create one of the album’s biggest surprises and one of its most memorable songs.

From start to finish, F.E.A.R. shocks and thrills. There are some great team-ups on the album, from nothing,nowhere. on deathwish, to Royal & The Serpent on pity party, Tom The Mail Man on dumb, and even vocalist Bonnie Fraser’s mum on cabin fever. F.E.A.R. is varied, energetic and downright weird – in the best way. It’s an album that captures the mental strain of the past two years as the lyrics navigate trying to keep it together in an increasingly chaotic and challenging world. Stand Atlantic deftly harness it all into a cohesive album.

F.E.A.R. is due out on May 6 via Hopeless Records. You can order yourself a signed copy of the album right here.

Read this: Stand Atlantic: “A lot of the Hollywood version of rock is very over-glamourised and a bit fake”

Stand Atlantic have released a new single and video, switchblade