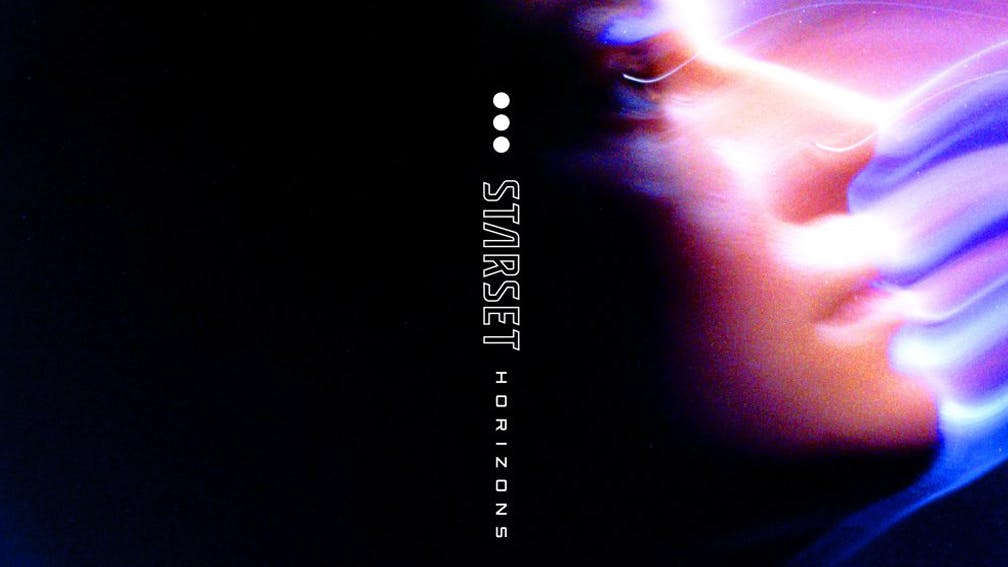 The poet and civil rights activist Maya Angelou once described music as, 'My refuge… I could crawl into the space between the notes and curl my back to loneliness.’ Starset have been filling those gaps with beautiful things for seven years now – and in doing so, they’ve attracted a fanbase for whom the band and its art has become all-consuming, a lifestyle thing. Its thesis, led by visionary frontman Dustin Bates, concerns a future society in which our submission to digital tech has led to our very minds being controlled. As intriguing and eerily feasible as this idea is, it’s really just a surface-level smokescreen, behind which rest Dustin’s songs about love, separation and the endless chasm of loss.

With a running time of 72 minutes, Horizons is the band’s deepest dive and highest ascent to date. ‘It’s hard to say where all of it begins and I end,’ the frontman emotes within Earthrise’s radiant reverie. The galactic sense of scale in Horizons’ orchestration enables all 16 tracks to massage the emotions – the ability to connect; isn’t that what music and art is all about?

Champions of the cinematic video, The Breach has already seen Starset capture the imagination – the wide-eyed wonder of Otherworldly and Devolution’s gritty, riff-heavy descent may do likewise. The latter includes the most thrilling transition between clean and heavy you’ll hear from any band this year that isn’t Spiritbox. In contrast, Disappear’s climactic swell offers a worthy sequel to 2014’s exquisite Telescope.

Like many of rock’s finest albums, you’ll need weeks to fully appreciate these canyon-wide, hugely sculpted songs, but Starset won’t blink – they’ll reproduce this live, too. For once, here is a band who don’t just rage, who don’t merely warn, but also explore our vulnerability, our very humanity – a one-way rocket ride to the heart.

For fans of: Nine Inch Nails, In This Moment, Ghost

Horizons is released by Fearless on October 22

"There Were Rumours I Was Dating Avril Lavigne": 13 Questions With Starset's Dustin Bates