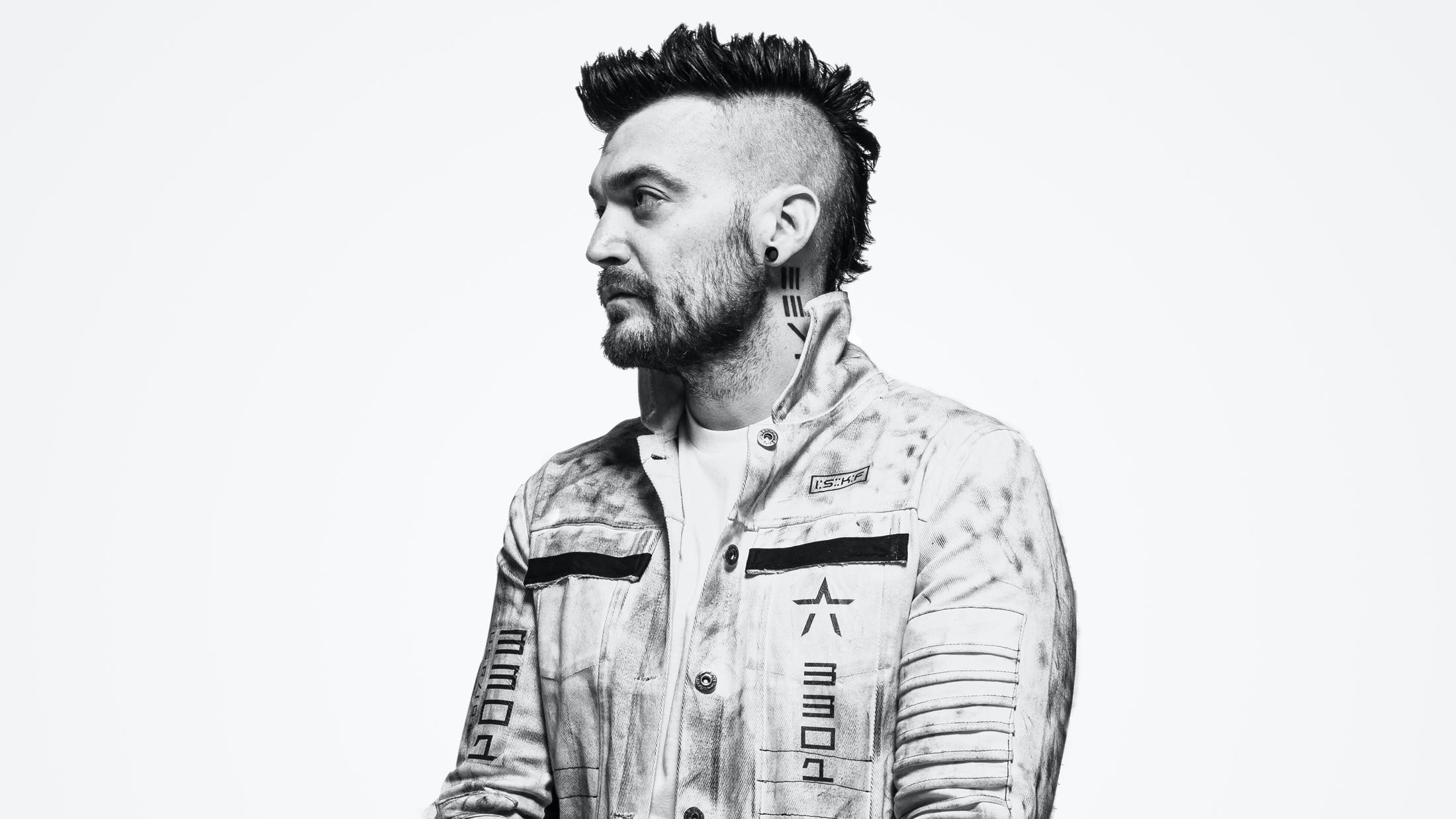 Back in September, Starset released their third album Divisions and it was every bit as cinematically epic as you could hope. If you’re not familiar with the band, they specialise in genre-spanning concept albums that deal with complex sci-fi themes. Frontman Dustin Bates has a reputation for being a deep thinker – so we threw 13 probing questions at him to see what he’d come up with…

Why should people listen to your new album, Divisions?
“Because it kicks ass! It’s a continuation of the cinematic sound of our first two records, but it also has evolved into something new. Also, in an era of streaming it doesn’t cost you a lot to check out a new record. You don’t have to go to a record store and pay money so give it a couple of minutes and see if you love it. I think there’s a good chance a high percentage of people will dig it.”

When you were a kid, what did you want to be when you grew up?
“An inventor or a scientist. When I was ten or so, I read practically every biography in the library and decided I wanted to do something that changed the world and made me infamous and immortal.”

What happens when we die?
“I don’t have enough hubris to answer that properly. I would say there’s a good chance that nothing happens but there’s a small chance that the religions were correct. A very small chance, if not negligible.”

Where’s the best place you’ve ever been?
“There are so many. I love touring and I love seeing new places so picking favourites is hard for me. There are always different reasons for different places. Moscow – and Russia in general – was amazing. The fans were so incredible, they were fiendish! I love Italy but if I had to live in Europe it would be England, believe it or not.”

What is the funniest rumour you’ve heard about yourself?
“That I was dating Avril Lavigne. Someone had even done Photoshopped photos that looked pretty great. Even my sister texted me and asked me all about it. I played along with it for a little bit, it was pretty hilarious.”

What is your party trick?
“I guess I’m lame. I don’t know if you could call it a trick but it would be talking about some topic ad nauseum until everybody is bored. I’m interested in a lot of things and I get way into the weeds. At some parties that’s appreciated and at others they just want me to shut up!”

What is your worst habit?
“It changes from time to time but currently it’s spending too much time on social media. It becomes a mechanical habit and I have to force myself to move away from it.”

Have you ever seen a UFO?
“I’ve seen odd lights in the sky but I can’t say it was a flying object. I perceived it as a UFO but in all likelihood it wasn’t. I think there’s intelligent life out there, statistically speaking, but has it made it here? Potentially in the past but likely not in the present. I don’t think it would be such a passive thing. We’d know all about it.”

What is the worst injury you’ve ever suffered?
“I cut my finger half off once, but I’ve been very lucky regarding injuries onstage and things like that. I do have a tendency to jump back in the exact same way though, using my shin to leverage back onto the stage after jumping off. I seem to hit the same exact spot throughout the entire tour so I always finish up with a huge goose egg swelling on my shin.”

What is the worst job you’ve ever had?
“I worked at McDonald’s for six months and I was too good at it! By the age of 16 they had me opening the store at 3:30am on Saturday and 4:30am on Sunday. I was working ten-hour shifts and that totally sucked. This is by far the best job, being in a rock band and touring, having a bunch of fans say you’re great. You can’t beat it.”

Have you ever been in a fight?
“Yeah, but never from my own causing. It was always a drunken friend back in the day. I thought it was the right thing to do to stand up for your asshole friends when they started fights. Until I decided that that was stupid, I would find myself in a fist-fight every now and again that I had nothing to do with. And I often got my ass kicked.”

If your house was on fire, what one thing would you save?
“My dog Ernie, one hundred per cent. He’s a French bulldog and he’s definitely the first thing I’d go in for.”

If you had the power to turn the internet off, would you do it?
“No, it does more good than harm for sure. The internet is allowing facts and truth and knowledge to be at our fingertips. We’re having a little bit of a weird moment where none of that matters because people are pushing back against it with fake news and such, but I think that’s only a temporary speed bump. It ends numerous drunken debates at the bar with one finger.”